Well, the Canucks don’t have much time to rest on their laurels after last night’s exciting 5-4 comeback win against the New York Rangers. They’ll head out of Manhattan and into Newark for the second of a back-to-back set against Cory Schneider and the New Jersey Devils.

As mentioned, last night was one of the more exciting games of the season. Just ask Rob.

Most entertaining game of the season?

The challenge on the second night of any back to back is to combat the fatigue from the previous night and play a strong game. That is compounded by being on the road, and only made more difficult by the fact the Canucks are without the services of three of the their top four defencemen. So, what does it all mean, Basil?! Let’s find out. 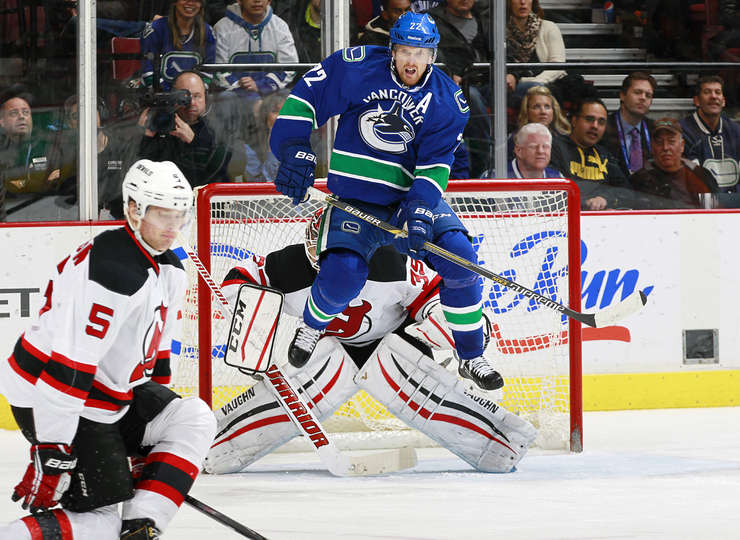 The Devils are one of the Eastern Conference’s disappointments. Widely considered as a team that plays the right way and does more than they should with what they have, New Jersey has looked remarkably terrible for the majority of their season (they’re only 2 points ahead of the Leafs). Jaromir Jagr is a generational talent, but when he still leads the team in scoring at the age of 43, there’s a problem. He and Adam Henrique have 29 points each. Not even Cory Schneider, with the league’s 5th best save percentage, can save this team.

Hopefully, the Canucks can get a good night’s sleep this evening and build on their victory against the Rangers. 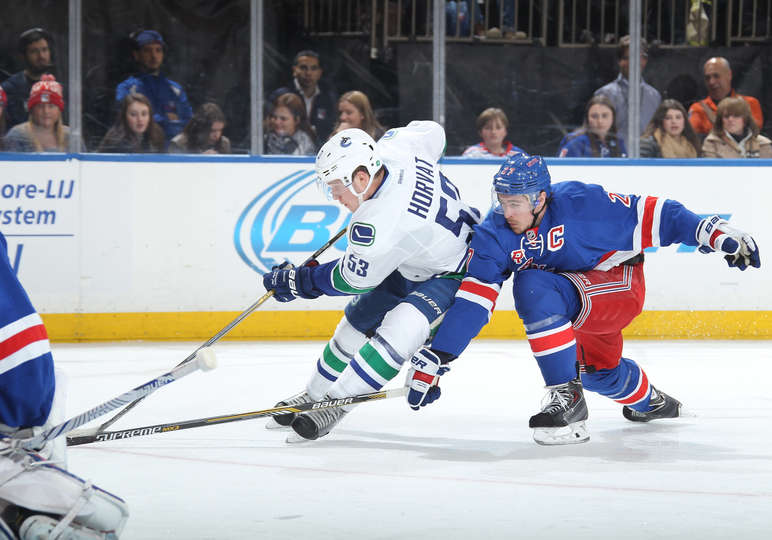 If it seems like we’re talking about Bo Horvat in every publication lately, it’s because the guy won’t stop doing things that get everybody very excited about his future. The guy the Canucks got in return for Cory Schneider is still 19-years-old and the fans, media, city, etc. are definitely going to put way too much pressure on him based on his excellent play as of late. But if he can handle it as well as he’s managed to thus far, it bodes well for him and the team.

Not only has he displayed an incredible amount of maturity (enough to have Willie D forget about the whole “not wanting a teenager on his team this season” thing), but he’s now starting to produce at a fantastic rate. His current pace of 9 points in his last 11 games may not last, but I think everyone has seen enough to be very pleased with his development.

No, not the 2000 movie featuring the devastatingly talented Keanu Reeves… I’m talking about the guys that have the unenviable job of filling in for Alex Edler, Chris Tanev, Kevin Bieksa, and Frank Corrado. Luca Sbisa, Ryan Stanton, Adam Clendening, and Yanick Weber have admirably accepted elevated roles and Alex Biega has acclimatized rather well in the big leagues.

I mentioned in yesterday’s Game Day Report that if these guys can break even when it comes to the good and the bad, the forwards and goaltending should bail them out. Well, that was the case last night. Sure, the 3-3 goal from St. Louis was perhaps one that Miller should have had, but he then took the Ranger shootout contestants to the woodshed, making two effortless saves and allowing Burrows and Vrbata to seal the deal.

At 43-years-old, this is probably the last time we see Jaromir Jagr play the Canucks. Jagr is one of the best to ever play the game.

With 1,798 career points, Jagr ranks 5th all-time and trails former teammate Ron Francis by 14 points for 4th on the all-time list. Assuming he catches Francis, that will put him behind only Wayne Gretzky, Mark Messier and Gordie Howe. Not bad company. Now imagine if Jagr hadn’t bolted to the KHL for three seasons. He would have undoubtedly passed Howe and Messier as well.

Jagr could retire, but he definitely doesn’t need to. He leads the Devils in points and averages nearly 18 minutes of ice time per game. He is a prime candidate to get traded to a contender before the March 2nd trade deadline. Wouldn’t it be fitting if he went back to Pittsburgh?

It remains to be seen if head coach Willie Desjardins will break-up a winning lineup and reinsert Zack Kassian into the lineup. What’s more certain is the starting goalie:

Well, I talked about a boost after the Minnesota game, and I’d be remiss if I didn’t mention something similar ahead of this game. Last night was an exciting game and not only did the Canucks get the win, they did it in a fashion Vancouver fans aren’t accustomed to seeing this year. They came back in the third. That locker room has to be feeling pretty good right now and it couldn’t come at a better time. There are some tough games on the horizon against the New York Islanders, Boston Bruins, and St. Louis Blues, so another two points tonight wouldn’t hurt. I’ll take the Canucks over the Devils by a score of 3-0. Kenins nets another.