The dogfight for a playoff position continues Tuesday night when the Vancouver Canucks take on the Phoenix Coyotes at Jobing.com Arena. Can the Canucks overcome the circus that was the Heritage Classic? Can they move past the trade of Luongo? And will this be the last game as a Canuck for Ryan Kesler? Read on to find out. UPDATE: Roberto Luongo has been traded.

I swear, only Vancouver could botch a Heritage Classic. In what should have been a celebration of hockey (one of 3,500 we get per season), the Vancouver Canucks managed to create a needless sideshow through some very poor personnel decisions and a terrible on-ice product.

Despite a controversial decision to start Eddie Lack (Note: it was a reasonable hockey decision but the optics were horrible), the day started off on a high note with the celebration of the 1994 Canucks team that went all the way to game seven of the Stanley Cup finals before some donkey named Mark Messier ruined our lives (breathe…). However, they were quickly brushed aside with the introduction of the gold medal winning Canadian Women’s Olympic Team.

The game itself started well for Vancouver as they quickly jumped out to a two goal lead thanks to Jason Garrison (on the power play no less) and Zack Kassian. Ottawa, being the kill-joys they are, decided the fans had had enough fun and before you could say “I hate Mark Messier with a fiery passion”, the game was tied at 2-2.

The Senators took the lead midway through the second period courtesy of rookie defenseman and Ottawa native Cody Ceci. Vancouver couldn’t really manufacture anything beyond a few opportunities and Colin Greening would add an empty net goal to walk away with the 4-2 victory.

The score was probably the least of Vancouver’s worries as Eddie Lack was subjected to a chorus of boos and “Lu’s” from the crowd. It wasn’t that the fans were angry with Lack. They were voicing their displeasure with the Canucks coaching staff and their decision making process. Regardless of their stance, the chorus of jeers must have been a blow to Lack’s confidence as he was put into an impossible situation by the coaching staff. It was completely unnecessary for the fans to act that way, regardless of the situation in net.

So let’s see where we are:

Sprinkle in yet another CBC broadcast effort ruined by the ineptitude of P.J. Stock and Glen Healy (Seriously, how do these clowns still have the right to appear on television?) and we had the makings of a rather depressing Sunday afternoon. 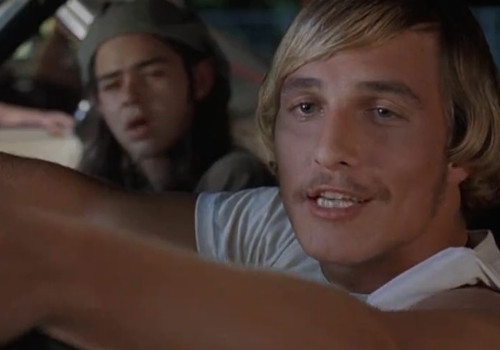 The Phoenix Coyotes and Vancouver Canucks are currently locked in battle to see who can flop into a playoff position first. Both teams were up 2-0 on Sunday before giving up four unanswered to their opponents and absorbing yet another loss. Still, the Coyotes are a daunting challenge, especially when playing in Arizona where they can control the matchup and bore a team into giving up a goal or two.

The Coyotes are led by Captain Shane Doan who has thankfully recovered from Rocky Mountain Fever (not on the list of typical hockey ailments) and is on his way to re-establishing himself as a dominant presence for Phoenix. 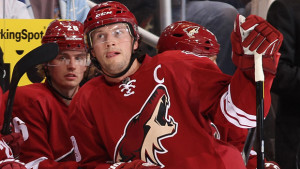 Defence is where the Coyotes shine, with Oliver Ekman-Larrson and Keith Yandle leading the way. Although he’ll embellish at any opportunity, goaltender Mike Smith is a solid presence in the net for Pheonix. The Canucks will have to do their best to rattle Smith, without someone being caught in the middle of his act.

I said the same thing when the Canucks played the Wild on Friday, but Vancouver can ill afford to give up any points against the Coyotes.

With Daniel Sedin out of action for a while, Darren Archibald is getting the call and not Nicklas Jensen as many had speculated. Hopefully Archibald is here to shore up the bottom six so that Zack Kassian can get a chance to play with Henrik and Burrows.

1. Henrik Sedin: “We should have won that game”

This isn’t the first time these words have been spoken by a Vancouver Canuck this season. And hey you know what Hank? The Canucks probably should have won a lot of games this year.

At least he didn’t call the game an anomaly.

This is going to be interesting. Daniel Sedin appeared to injure his hamstring in the second and it wouldn’t be a stretch to imagine that he’ll be out for an extended period of time.

Daniel Sedin (left leg) could be out for a minimum of 3 weeks. #canucks #tvasports

Without Daniel and the season quickly slipping away, it might be prudent to give Kassian an extended shot in the top six. It’s not like he can make it any worse.

I may be a little melodramatic here, but Tuesday’s game against the Phoenix Coyotes is the last game before what should be the most important deadline in Vancouver Canucks history. With the team having completed their inevitable downward spiral towards mediocrity, it is time to sell off some of the team’s most important assets to re-tool and avoid the fate of the Calgary Flames – and that starts with the trade of Luongo on Tuesday afternoon.

If this is the last game for Ryan Kesler (and perhaps Alex Edler) in a Canucks uniform, then thanks for the memories and good luck in your future endeavours.

Unfortunately, I see the Canuck’s situation getting a lot more depressing before the clouds finally open up again. I think Phoenix takes this crucial game 3-1 setting up a very interesting trade deadline on Wednesday.