The Vancouver Canucks have another important (yes, I know they are all important now) Pacific Division match-up vs the Phoenix Coyotes. with a 5:00 p.m. PST Sunday night tilt at Rogers Arena.

The Canucks 3-ring circus has been transformed into a snoozefest of late and this game promises to be another Nyquil substitute.

The Canucks lost 2-1 to the Nashville Predators in a game that essentially showcased the bulk of the Canucks major issues throughout this season. The Canucks had the Predators on the ropes for the first part of the game, but could not extend the lead to more than a goal only to eventually surrender 2 goals in the 3rd period to take the loss. The Canucks power play finished 0-for-5 for the game. If you weren’t watching, the power play actually looked quite good, but for a lack of finish on golden chances. Check this out this gem from the Legion of Blog showing Dan Hamhuis’ lack of finish multiple times on the back door play:

The Phoenix Coyotes currently sit 5th in the Pacific Division and have gotten to within 4 points of the Canucks with a game in hand. The Coyotes have reverted back to themselves after starting of the season scoring like crazy. The 1-0 win the Coyotes had over the Canucks is likely the types of games that Dave Tippett wants his team to play. In other words, the Coyotes are once again the NHL’s equivalent to watching paint dry.

The Canucks are likely to be without Henrik Sedin for this game and showed some new line combinations in practice. Yannick Weber worked with the #1 power play unit in practice along with Alex Edler and Jason Garrison. David Booth looks to be a healthy scratch.  Based on practice, the lines look like this:

1. Get the Power Play Going!

The game vs the Predators highlighted how much the woeful power play has hurt the Canucks. There is just no reasonable explanation how a team with this much talent (particularly on defence) should have the 25th ranked power play in the league. There has even been talk that GM Mike Gillis and John Tortorella may not exactly be on the same page in regards to the power play.

When any NHL is having trouble scoring, it is always huge to score early. This isn’t enough for the Canucks! The Canucks need to score first and score again. Many times this year there has been examples of fine play by the Canucks without finish. They must find a way not only to score early, but to build on the momentum of their play and extend the lead.

One of the few Canuck positives in January has been the noticeably improved play of Zack Kassian. Even the most staunch Cody Hodgson fan has to admit that Kassian has some elements to his game that few young players in the league do. His speed, size, shot, and hands are a rare combination. Kassian needs to continue with his consistent play and will be key in getting the Canucks out of the funk they are in. 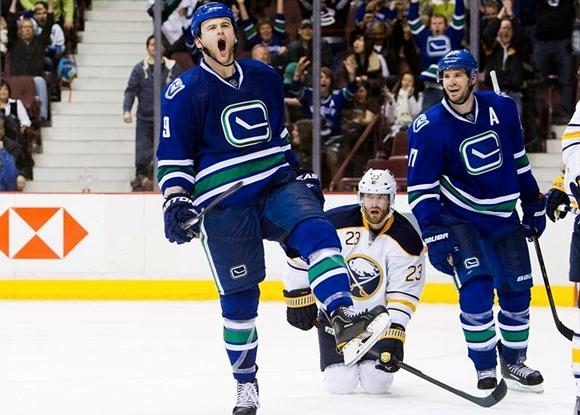 The Canucks are coming off a depressing and frustrating 2-1 loss to the Predators. The Coyotes seem to be a team that can lull the Canucks to sleep, but I have to believe that the Canucks will find a way to somehow scrape 2 points out of this one. It will be ugly, but the Canucks take this one 3-2.

The predictions season record is currently at 29-23.