The Canucks play the second of road back-to-backs with a date against the upstart Arizona Coyotes.

Last night the Canucks lost 4-3 to the Dallas Stars, once again in 3-on-3 OT, and spoiled another stellar Ryan Miller effort.

Arizona has gotten off to a surprisingly solid start and currently sit 3rd in the Pacific Division. The Coyotes have been energized by solid play from rookies Max Domi and Anthony Duclair.

Check this out! Domi can snipe!

Arizona isn’t the only team surprising early. The Canucks are tied for 1st place in the Pacific Division with the Los Angeles Kings. Vancouver, arguably, should have a few more points than they do at this point given how many 3rd period leads they have given up early in the season. No doubt, the Canucks will be looking to avenge a disappointing loss in Dallas with a decisive win in Arizona. 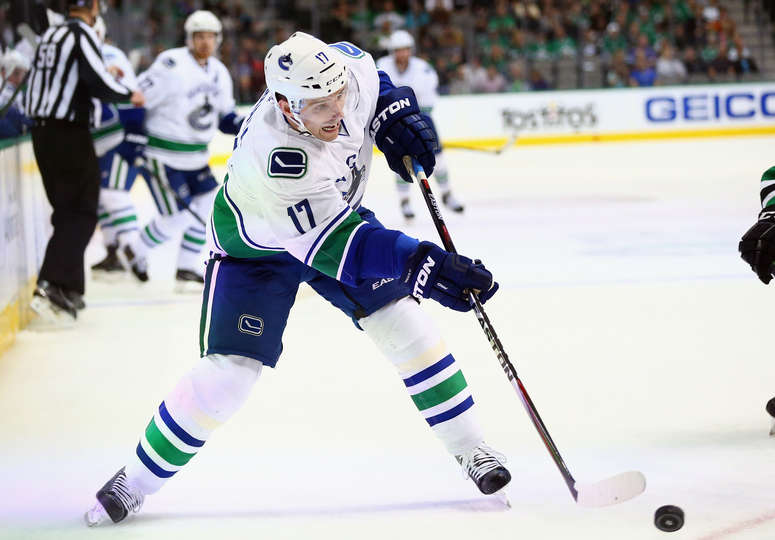 After a disastrous start, Radim Vrbata is starting to score goals again. Vrbata has notched 3 goals in his last 4 games. Shockingly, Vrbata has found his scoring touch seemingly minutes after being reunited on a line with Daniel and Henrik Sedin.

Vrbata has been a stone cold sniper in a Canucks uniform, having scored 31 goals in his first full season with Vancouver last year and setting a career best for points with 63. While he has fit right in with his new team, it is obvious that a bit of Vrbata’s heart remains in Glendale.

Vrbata played the bulk of his NHL career with the Coyotes and should have an extra pop in his shot tonight. Look for Vrbata to have his first multi-goal game of the season tonight at the fabulous Gila River Arena (That is no hyperbole, it is actually one of the better arenas on the NHL circuit.) 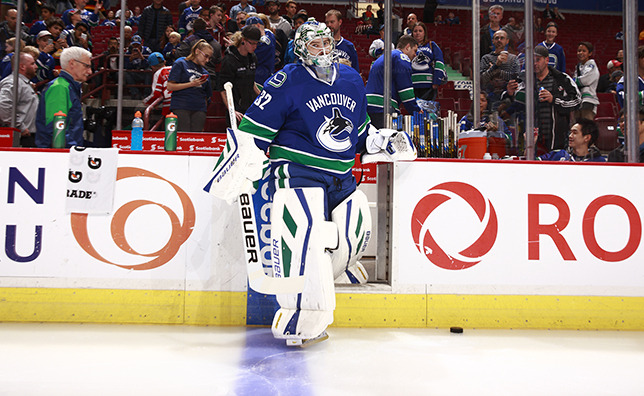 You have to think tonight’s game in Arizona is time for Ryan Miller to take a game off for the first time this season. While nothing has been confirmed, this could be a chance for journeyman Richard Bachman to get the start in net with Jacob Markstrom still injured.

Despite Willie Desjardins being very familiar with Bachman, having coached him in the AHL, he has yet to see a minute of playing time in a Canucks uniform. Granted, Ryan Miller has been lights out early in the season, but the Canucks need their back up goaltenders to at the very least spot start to keep Miller fresh.

Bachman proved more than capable in his 7 starts with the Edmonton Oilers last year posting a .911 save percentage behind a porous Oilers defence. We’ll see if Willie gives him a chance against the Coyotes.

3. Willie D playing not to lose

The season is young, but anyone paying attention has to be alarmed at Desjardins’ tendency to favour playing not to lose over playing to win. The Canucks again blew a 3rd period lead and surrendered the game winner in 3-on-3 OT last night in Dallas. Desjardins continues to use the same players in the same situations providing the same negative results.

The two low players in time-on-ice last night were Sven Baertschi and Jared McCann at 9:15 and 9:54 respectively. Both speedy, crafty, skilled players that seem to be players built for 3-on-3.

CAMAN Willie! The Canucks are 0-4 in 3-on-3 OT, time to adapt and try some young, skilled players when the game is on the line!

Look for the Canucks to ice the same skaters as they did last night against Dallas with Bachman playing in goal. Adam Cracknell and Alex Biega are both healthy, and could draw in if Desjardins wants to go with someone fresh on the second half of a back-to-back situation. There’s also a chance that Chris Higgins could draw into the lineup, if he is fully recovered from his injury.

*Update: Bachman will start in net. Sven Baertschi will be a healthy scratch, with Adam Cracknell returning to the lineup. We won’t know where Cracknell slots in until the pre-game skate.

The Canucks will be anxious to avenge another 3rd period collapse, while Arizona is chomping at the bit to play well after getting shelled 6-0 in their last game against the Boston Bruins. The Coyotes have been a nice story early in the season, but I believe they are in the midst of coming back to reality. The Canucks take this one 5-2, Bachman wins his first in a Canucks uniform, and Radim Vrbata gets the hat trick. Book it!