After two complete days of rest following an interesting game against the Senators, the Canucks will take on the Arizona Coyotes; a Pacific Division foe looking for some positive progress in the second of a back-to-back set.

The dreaded California road trip is over for now and two games in nine days doesn’t exactly keep the ball rolling. However, games against underachieving teams like Ottawa and Arizona do provide Vancouver the opportunity to continue the early season trend of beating the teams they are expected to beat. Winning tonight won’t be easy, but it’s the Western Conference of the NHL. Is it ever easy?!

As mentioned, Arizona is coming into their second game in two nights after allowing 5 goals to Calgary last night so, in addition to getting a tired opponent, Vancouver will likely face backup Devan Dubnyk. That being said, the Coyotes have played the Canucks close for the last several years. In their past 11 games against Arizona/Phoenix, the Canucks have a record of 5-4-2, with 9 of those games being decided by one goal (including every one of their 5 meetings last year). That’s just about as close as you can get. Hopefully, a new system in Vancouver combined with a struggling, tired Coyotes team produces the desired result.

I’ll be putting together the much anticipated Canucks Post-Game #SixPack tonight, so be sure to use #VCBCanucks to earn a chance to win a $100 gift card to the Charles Bar (one awarded per month). You can also follow me on Twitter at @Mack_n_Tosh and let me know your thoughts on the game. 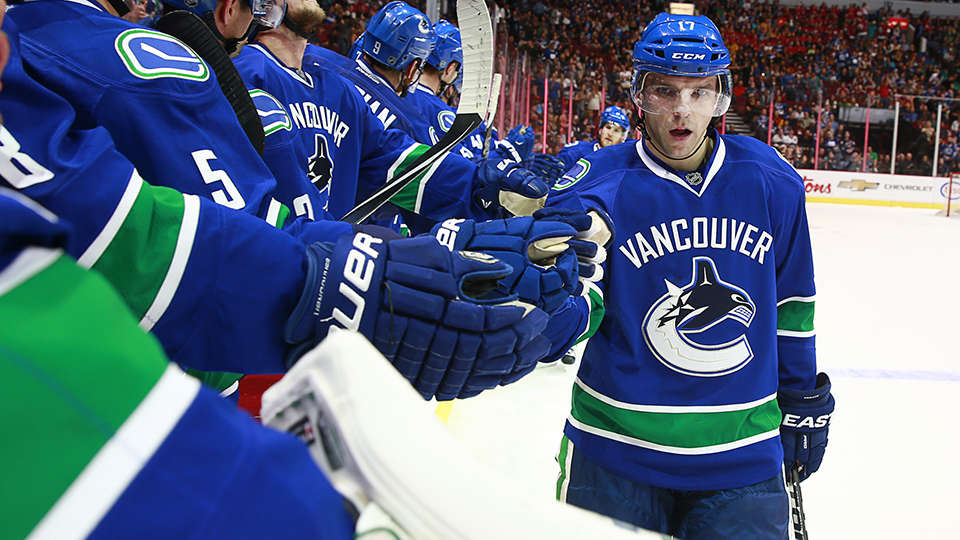 It’s clear the Coyotes are missing Radim Vrbata. A new ownership group, along with the nominal switch from Phoenix to Arizona, has done nothing to bolster the on-ice performance. Adding Sam Gagner, Joe Vitale, and B.J. Crombeen hasn’t come close to compensating for the steady scoring and defensive effort “Verby” provided over the last 5 years. Barring the lockout shortened 2012-2013, Vrbata never scored less than 19 goals, and managed a career-high 62 points (35G, 27A) the preceding year.

Vrbata claims it was the opportunity to play with the Sedins that was the main reason he signed in Vancouver. After years of playing a closed, tight, defensive system under Dave Tippett, who wouldn’t want to play in an offense-first, cycle style? Well, Radim sure did.

After missing two games, against Anaheim and Ottawa, Vrbata will hopefully play tonight alongside the Sedins once again. He is second on the team in goals (6) and fourth in points (13), and he’d probably like to add to that total against his old teammates.

We all remember the Northwest Division (RIP). Prior to last year, it was 7 division titles in 9 years and it was commonplace to see the Canucks run roughshod over their poor division opponents. Well,  the times they are a-changin’… Last year, the Canucks’ in-division record was 12-13-4 which was, in large part, responsible for their fifth place finish in the Pacific. Okay, so this doesn’t instill a whole lot of confidence…

While it was a bone of contention last year, it’s been a bright spot for the Canucks so far this year (6-1-0 against the Pacific Division). Yes, it’s early. Yes, 3 of those games have been against the AHL (Alberta Hockey League), but it’s encouraging to see half of the team’s total production from last year against their division has been accomplished in just over a calendar month into the season. We’re Canucks fans, we’ll take what we can damn well get. 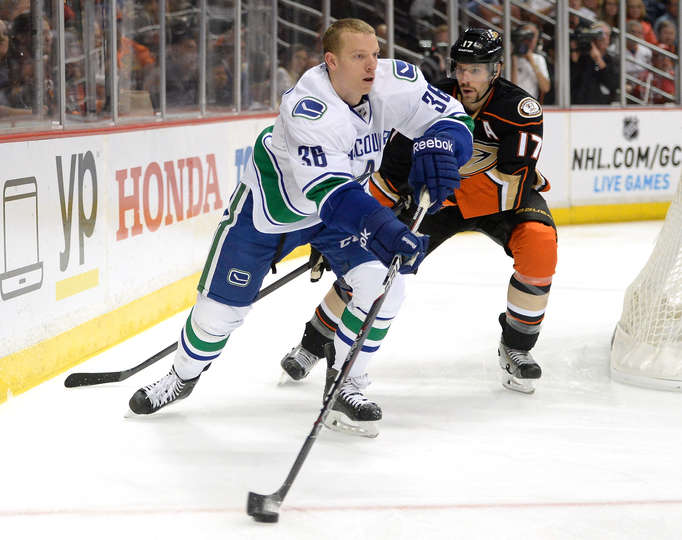 With the absence of Radim Vrbata, a large hole was left on the top line alongside Daniel and Henrik Sedin. Immediately, thoughts of Burrows re-assuming his former role danced around the minds of Canucks followers. No, that wouldn’t do. Not with the excellent 5-on-5 play of that second line with Nick Bonino and Chris Higgins. Well, maybe Linden Vey? He’s played on the powerplay with the twins and has looked dangerous at times. However, they hadn’t gelled outside of those special teams situations and that third line (Vey, Richardson, and Matthias) has looked pretty good too. Thus, Jannik Hansen was elected to temporarily replace Radim the Dream on the first line. To quote Douglas Adams in The Hitchhiker’s Guide To The Galaxy, “This has made a lot of people very angry and has been widely regarded as a bad move.” At least, that’s the feeling you receive from Twitter.

Whether it’s his perceived inability to finish off tic-tac-toe plays, unfavourable breakaway conversion rate, or the shots that seem to always hit the side of the net, it seems everyone has something to say about Jannik Hansen.

The much maligned “breakaway problem” for Hansen has been well documented. Over the last week, and for much of the early season, Hansen has been creating turnovers and bearing down on the opposing net only to by stymied by the goaltender (or, to be fair, himself). Unfortunately, most people seem to only care about that second part.

Only Nick Bonino has more takeaways than Hansen (though he is tied with 3 others) among Vancouver Canucks. Sure, he’s a little clunky around the net, but he’s been dynamite in terms of possession. Hansen has placed fourth among Canucks for the last two games in Corsi For % (61% against Anaheim and 69% against Ottawa). As a reminder, these numbers generally show how a player manages and drives play. You may say that’s because he’s playing the Sedins, and that certainly helps, but he also hasn’t dragged them down to the depths of fancy stats hell. Those are strong numbers and should not be ignored. Also, Hansen is rocking an abysmal 94.5 PDO (a statistic that roughly translates “puck-luck” by adding player shooting percentage to on-ice save percentage that often regresses to 100).

In any case, nobody said this was a long term solution. Hansen has played with the Sedins at lengths before and with Vrbata out, a quick band-aid was applied by moving in a Canuck forward that has played with the twins not named Alex Burrows. Give the guy a break.

There was encouraging news at the morning skate yesterday, as Radim Vrbata, Zack Kassian, and Derek Dorsett all returned to practice. Vrbata and Dorsett are likely to slot back into the lineup, which should move Hansen back down to the fourth line. It’s unclear whether Kassian will dress for the game against Arizona.

Luca Sbisa and Kevin Bieksa did not practice on Thursday and there is concern that Bieksa might not be able to play. The Canucks did recall Bobby Sanguinetti from the Utica Comets and it remains uncertain if he was called up as a precautionary measure or if he will replace Bieksa. As always, we will update this section after the game day skate.

***UPDATE: It appears Zack Kassian, Bo Horvat, and Bobby Sanguinetti were the extras during the skate this morning. Additionally, it looks as if Niklas Jensen will get an opportunity on the 3rd line.***

It’s hard to feel extremely confident going into any game in the NHL regular season. The parity around the NHL just doesn’t allow for it. However… with the Coyotes in a bit of a tailspin (4-6-0 in their last 10) and dead last in the Western Conference, this might be one of the few games that qualifies. Most would point to it as a trap game, but with another four full days between this game and the next, one would think the Canucks want to go into that mini-break on a high. I’m predicting a strong game from the Sedins and a bounce back performance from Ryan Miller, who was average at best against Ottawa. I’ll go with 4-1 Vancouver over Arizona.

Clearly, it’s all fun and games when you’re winning.