In the last three games, the Canucks have given up 17 goals. That’s generally not a recipe for success. Do you know what is? Playing the Arizona Coyotes. After getting blown out by the San Jose Sharks, Vancouver has an opportunity to get back in the win column in tonight’s tilt against one of the teams tanking for Connor McDavid.

The Canucks, and Jacob Markstrom in particular, would probably like to forget their first period against the Sharks last game. Fortunately, the Coyotes are the worst team in the entire league when it comes to scoring first. If Vancouver can jump on them early and establish some pressure, the Desert Dogs should fold like a house of cards. 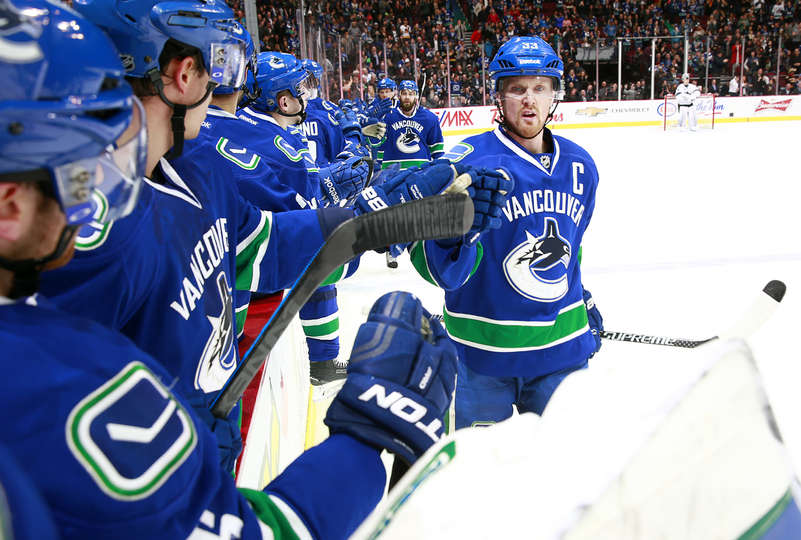 The Canucks didn’t make much of a splash at the trade deadline, but the Coyotes did. Selling off Keith Yandle to the Rangers, Zbynek Michalek to the Blues, and Antoine Vermette to the Chicago Blackhawks, Arizona is clearly in a rebuilding phase. That leaves them vulnerable against teams like Vancouver that are still very much in the hunt for a playoff spot. Beating teams that are below them in the standings will go a long way to securing a berth in the postseason, as 15 of the last 19 games in the Canucks season are against teams with a lower points percentage than them. Time to go to work! 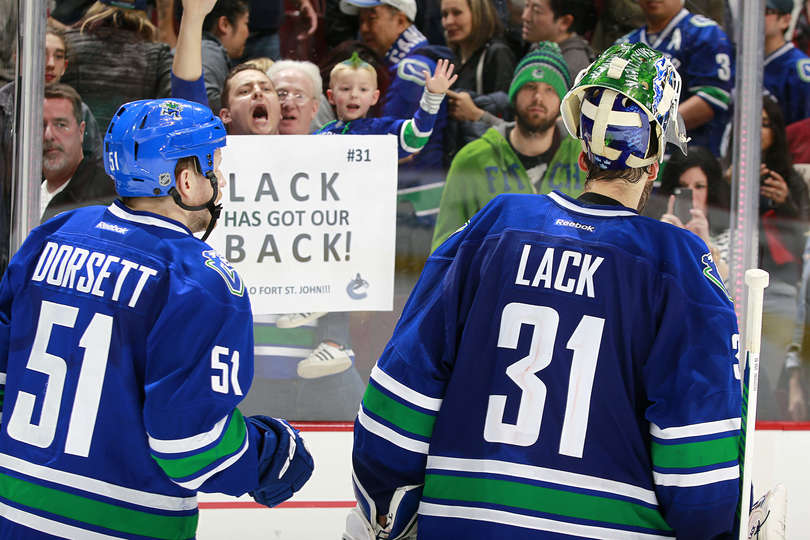 It’s nothing against Jacob Markstrom, but he wasn’t doing himself any favours on Tuesday evening. The criticism in the past has swirled around his inability to put it all together at the NHL level. Luckily, Eddie Lack doesn’t seem to have that issue. You can imagine he is looking to reassert himself after a couple sub-par performances in Buffalo and St. Louis.

Look for everyone’s favourite Twitter follow to come out with a strong game. He may not face a lot of rubber, but he’ll have to be sharp when the shots do come.

2. The Fine Art Of Tanking

The Arizona Coyotes are following the Buffalo Sabres down to the very bottom of the well and while they may not end up with the first overall pick in the lottery (aka Connor McDavid), they will have a pretty good chance of getting one of the top two (especially if they can “catch” Edmonton). The graph below from @IneffectiveMath shows their current chances of drafting 1st or 2nd, but some of the aforementioned offloading they did prior to the trade deadline on Monday seemingly puts them all-in on the tank job.

The Coyotes also received some nice pieces back, including Anthony Duclair who could line-up nicely with his teammate from the World Juniors, Max Domi. If those two can replicate some of the magic they had in late December/early January, they might be serious weapons for years to come.

Coyotes to wear throwback jerseys Thursday for the first time in an NHL game. http://t.co/Rvy4WEEUd5 pic.twitter.com/N0P14QnPFc

It will be throwback night tonight as the Coyotes will be wearing the jerseys they first wore when they moved to Phoenix back in 1996. No word yet if Keith Tkachuk, Jeremy Roenick or Teppo Numminen will be in the lineup, although the Coyotes would be better off with them at this point.

This of course begs the question, when will the Canucks have a 90s throwback jersey night of their own?

Hopefully Zack Kassian has recovered from the flu that kept him out last game. Alex Edler and Alex Burrows will travel with the team on their two-game road trip and could start as early as tonight.

Stay tuned to the GDR for any morning skate updates.

*Update: Canucks will get Edler, Burrows and Kassian back!

Last time the Canucks played a team tanking, the got walked over by the Sabres. Blame Vancouver for not taking them seriously or fading after a long, difficult road trip, but the fact of the matter remains. There is no way you can lose back-to-back games against tanking teams. I think it’s actually in the NHL Rule Book under Rule 143 Clause 9 Appendix C. Anyway, with the depleted lineup likely receiving some much needed support soon, you’d think the players currently in would like to state their case to remain with the big club, as well as playing in meaningful games down the stretch. I’ll pick the Canucks by a score of 4-0. Vey nets two after giving some legendary “rapid-fire” answers.