In the second half of back-to-back road games, the Vancouver Canucks will take on the Arizona Coyotes after facing the Colorado Avalanche in Denver last night. Snapping their 4-game losing streak with a 3-1 win, the Canucks should be keen to start a new streak; this time of the winning variety.

The “Moms Trip” continues tonight, as the Canucks and Coyotes square off in Glendale. Vancouver has only played three games since the All-Star break, but they haven’t looked great in that short span.

If they had designs on making the playoffs, they’re certainly not doing themselves any favours. Many see this is a deeply flawed team that is unable to compete with the best in the west, never mind the league, so it isn’t surprising to see trade rumours swirl around some of the Canucks’ more “valuable” players, including Dan Hamhuis and Radim Vrbata. You’re gonna trade this guy, Jim?! 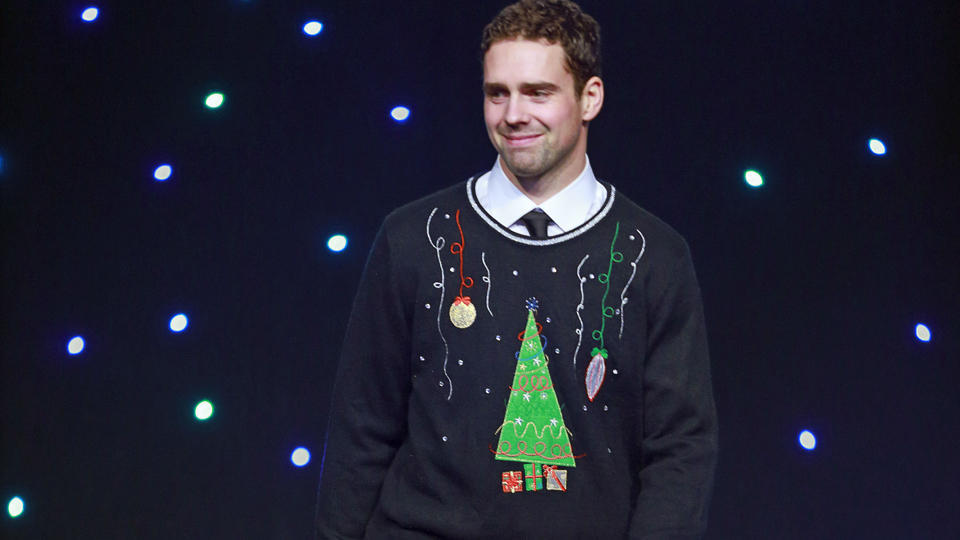 The Coyotes surprised just about everyone earlier this year, holding down a playoff spot for the early part of the season behind talented rookies Max Domi and Anthony Duclair. However, they’ve lost a significant amount of steam, winning just two of their last ten games. That being said, the Canucks just played in Denver last night and could be ripe for the picking. Arizona’s last game was a 5-2 loss to the resurgent Anaheim Ducks. 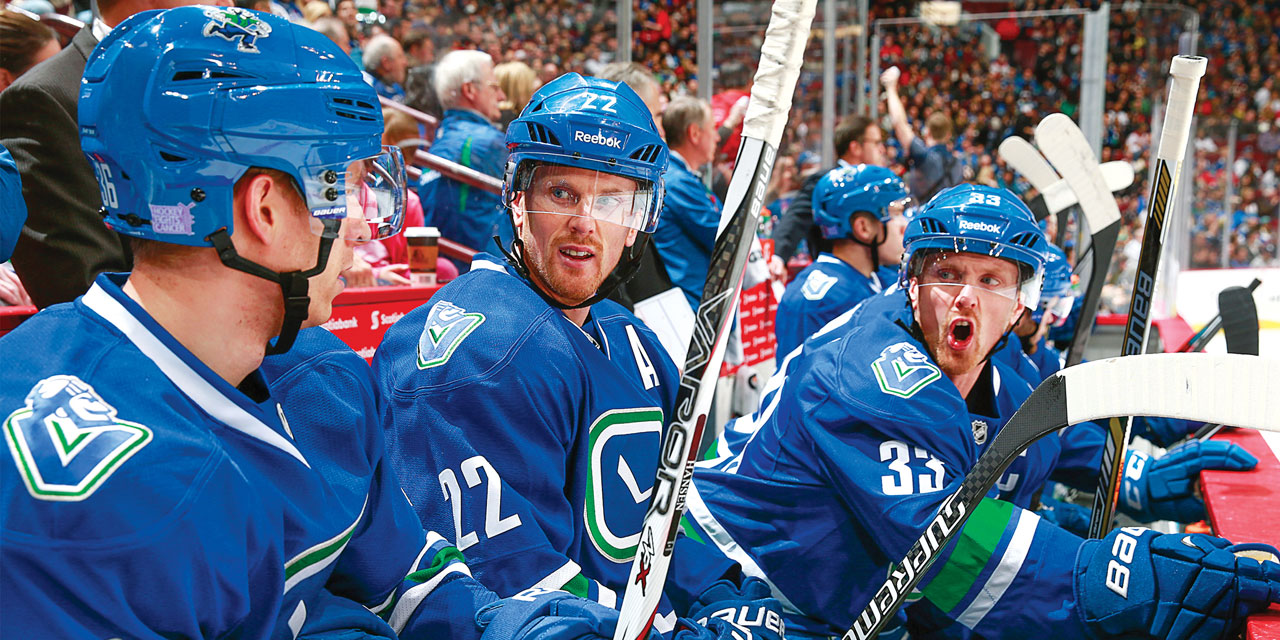 It’s pretty simple, really… the Canucks haven’t generated a lot of offence as of late, or for much of this year. Before last night, you’d have to go back to Vancouver’s 5-4 loss to Pittsburgh on January 23rd to find the last time Willie Desjardin’s team put up more than a single goal. Granted, there was an 8-day break in there, but it gets much worse.

The Canucks last scored more than two goals in consecutive games (two) over nearly two full months ago. We’re talking pre-Christmas, folks. On December 18 and 20th, the Canucks respectively won 4-3 against the Detroit Red Wings and lost 5-4 in overtime to Roberto Luongo and the Panthers.

In fact, the Canucks have only accomplished that menial task twice since the beginning of November. It’s hard to imagine much will change for the rest of the year as the Canucks likely aren’t in the market for an upgrade in their forwards corps, or anywhere for that matter. Thusly, the offence will have to come from within. Good luck, Willie! 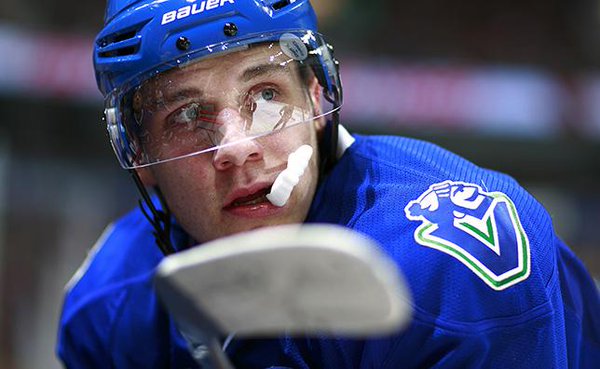 With last night’s assist, Bo Horvat has 14 points in his last 14 games. He’s been a bright spot (lately) on a team desperately lacking in such supply. What makes Horvat’s play even more important is who he is and who he is expected to be for the Canucks in the future.

In his rookie year last year, Horvat was excited to make the team and contribute on a semi-regular basis. He wasn’t the only one. Due to the circumstances of his acquisition (if you don’t know, do yourself a favour and look it up), Canucks fans went ballistic any time the kid got on the scoreboard.

In 68 games, Horvat had 13 goals and 12 assists. In just 53 games this year, Horvat has matched his point total from last year with 10 goals and 24 points. Again, that’s made all the more impressive by the fact that he only had 10 points when the calendar changed to 2016.

Horvat will continue to get better and hopefully, will continue to reset career highs year after year. He is, without a doubt, one of the several important pieces the Canucks will look to build their new team identity around.

3. Hamhuis on the block? 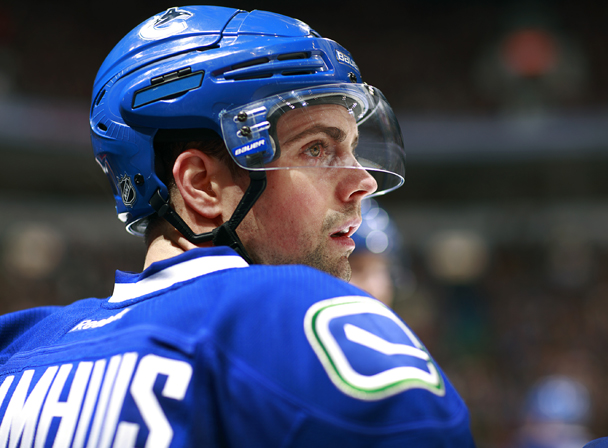 It’s hard to believe that Dan Hamhuis is in the midst of his sixth season for the Vancouver Canucks. The Smithers, BC native signed with Vancouver in the summer of 2010 and by some reputable accounts may be playing the final games of his career as a Canuck.

There is no shortage of teams interested in a player like Hamhuis and as Jim Benning commits to this “rebuild on the fly” model, some older players nearing the end of their contract become expendable. It’s an unfortunate part of the business when the player moved is a fan favourite, but that certainly hasn’t stopped Jimbo before! *cough* Eddie Lack *cough*

It would be a shame to see Hamhuis traded away, but he’s probably the most valuable rental player the Canucks have to offer and a contending team can never have too many reliable defensemen down the stretch. Coming back the other way could be another one of those important pieces…

The Canucks lost Alex Edler and Brandon to injury last night, and they’re expected to be out a while. Edler should miss 2-3 weeks with a foot injury, while Sutter will be out longer with a broken jaw.

Adam Cracknell will draw into the lineup for Sutter, while Alex Biega should slot in to replace Edler. Jared McCann will sit out once again.

With Jacob Markstrom playing last night, we can probably expect Ryan Miller to get the call tonight.

After a 3-1 win last night before their mothers, you’d like to think the Canucks will build on that. However, as mentioned, it’s been tough sledding for the Vancouver offence and back-to-back road games doesn’t make things any easier.

I’ll stick to the trend, but be ever so slightly optimistic. Canucks win 2-1 in a shootout.