The Canucks play the last of a four game pre-Christmas home stand Monday night against the Arizona Coyotes.The Coyotes are struggling (2-6-2 in their last ten games) and the Canucks are looking to build on a gritty 3-2 OT win against the Calgary Flames on Saturday night. Chris Tanev was the overtime hero as the Canucks snapped their longest losing streak of the season.

The Canucks are facing another team that is going nowhere fast in the Arizona Coyotes. The Coyotes currently sit solidly in sixth place in the Pacific Division and quite likely will find themselves stuck in this spot for quite some time. The Canucks have already had a disastrous home loss to the Arizona Coyotes this season, a 5-0 loss on November 14, and obviously are not looking for a repeat performance. 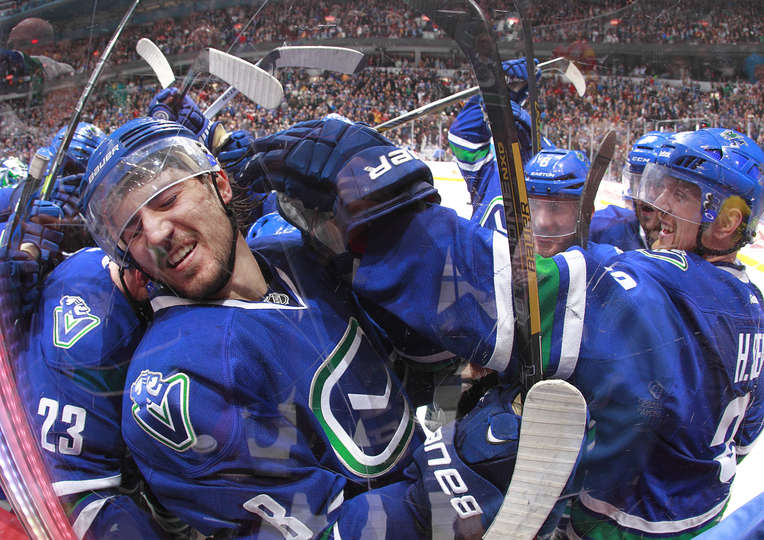 Chris Tanev is having a very, very good season. Not only has he been quietly the Canucks most responsible defenceman, but he also has proven to be the tonic to turn Alex Edler back into the player many thought he could and should be. Tanev no doubt can be considered a gem of the Mike Gillis administration. He is a smooth skater, a smart passer and seemingly has no panic in his game.

While Tanev is having a banner season on the ice, his offseason is looking to be even better. Tanev changed agents in November and is now represented by Newport Sports. The phone call went something like this: 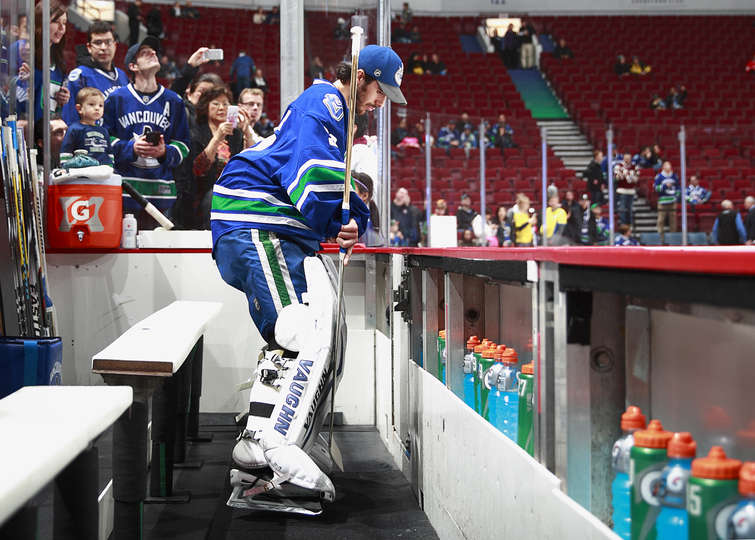 Nothing sparks conversation and argument amongst avid Canucks fans more than the goaltending position and Ryan Miller has done very little so far this year to stop the chatter. While his 17-7 record puts him 6th overall in the league for wins, his save % of .901 ranks him 39th. On Saturday night versus the Flames he let in two goals that many considered soft, but still managed to get the win. Miller doesn’t look quite as comfortable in the Canucks net in December as he did in November, but he does have a knack of making big saves at big moments in the game.

The fact the Canucks have managed to get so many wins with Miller in net bodes well for them in the future. You can bet Miller’s save percentage will get better as he has shown extended signs this season of excellent play. Miller has looked extremely efficient at times and downright horrid at other times. The Canucks need Miller to step up his game. 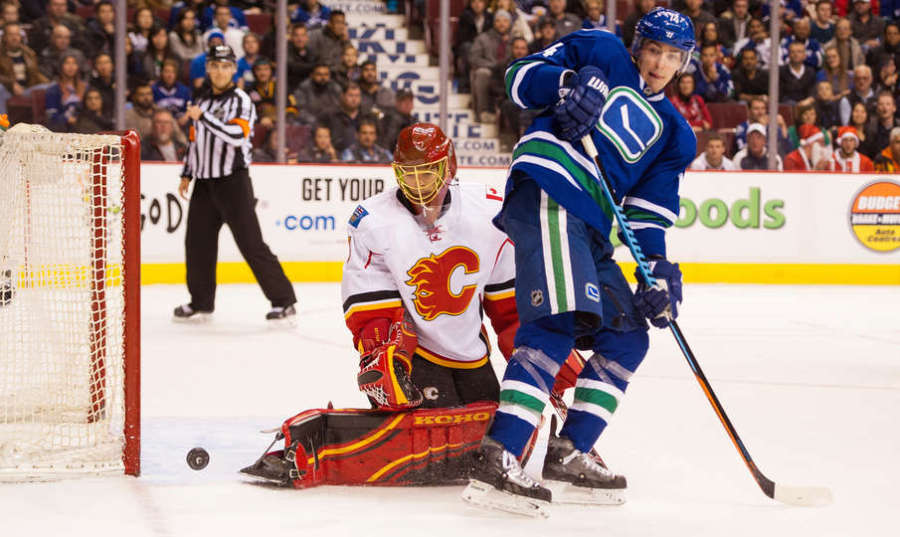 Alex Burrows has been the subject of all kinds of talk this season.

Jim Benning shops Burrows: “Can I interest you in a $5 mil guy who kills penalties? All you need then is 2 young Sedins and he’s all set!”

I didn’t say it was accurate talk.

Burrows is on the 2nd year of a 4 year deal with an average annual salary of $4.5 million. He regularly plays on the Canucks second power play unit and was promoted to the first unit on Saturday night (he assisted on the Radim Vrbata power play goal as well). Burrows has long been and continues to be one of the Canucks most effective penalty killers. He is one of the few players in the league that can play up and down a lineup effectively. He is a player who drives play. He can even play defence on an emergency basis. Needless to say, Burrows is an important player for Vancouver and he isn’t getting shopped by Jim Benning anytime soon.

Tom Sestito and Alex Biega will once again watch from the press box. Jannik Hansen, despite the scary incident on Saturday night, is expected to play.

*Update: Jannik Hansen will not play.

As per @VanCanucks Jannik Hansen will not play tonight vs Arizona. READ:http://t.co/XDsgbJasPC

The team stated that “further evaluation will be required” before he can play. Hopefully this is just a case of the Canucks being extra cautious.

With Hansen out of the lineup, some guesswork will be required on what the lineup will look like. I expect Burrows to rejoin Bonino’s line and Tom Sestito to get into the lineup.

The Canucks are trying to get back their winning mojo and Arizona flat out stinks. The Canucks take this one 5-2, Alex Burrows gets a hat trick, and I drink some egg nog.  Happy Holidays everyone! 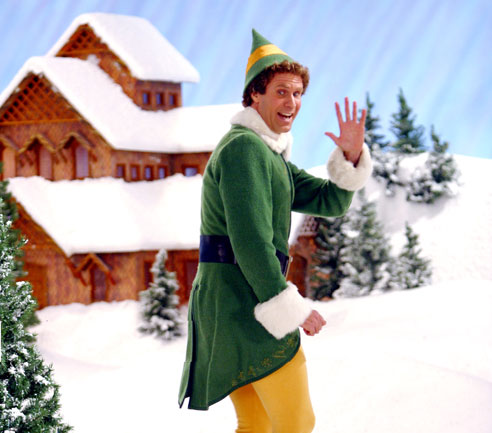