The Vancouver Canucks haven’t played a game since Sunday’s home loss to the Edmonton Oilers. Since then, they’ve had two practices at UBC (thanks to We Day) and saw their former coach get hired by the Columbus Blue Jackets. While they’re still on the hook for part of John Tortorella’s salary, they receive a future second-round pick from the Blue Jackets – which incidentally is more than they got in return for trading Eddie Lack this past summer.

The Washington Capitals are off to a tremendous start (4-1) and have rattled off three straight wins since suffering a 5-0 loss to the San Jose Sharks in their second game of the season. After giving up eight goals in their first two games, the Capitals have only allowed four goals in the three games since.

Goaltender Braden Holtby is firmly establishing himself as one of the best goaltenders in the league, and the defence is led by John Carlson, Matt Niskanen, and Brooks Orpik. Up front, newcomers TJ Oshie and Justin Williams bolster an already powerful lineup including Alex Ovechkin, Nicklas Backstrom, Evgeny Kuznetsov, Jason Chimera, and Marcus Johansson. 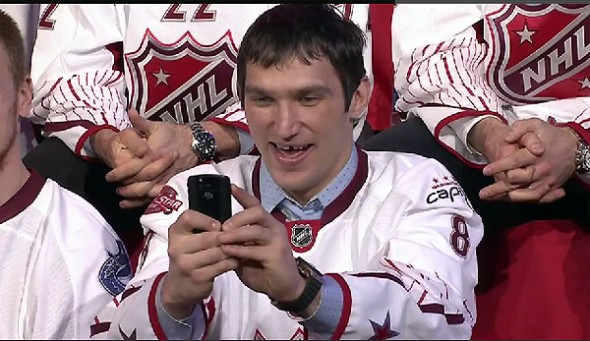 The Capitals’ firepower will pose a good test for the Canucks, especially the younger players like Hutton, Virtanen, McCann, and Horvat.

It’s going to be fun to watch.

The biggest misnomer of this young season is “Canucks power play”. Their play with the man advantage has been anything but powerful as they’ve limped out to a 1-for-20 (5%) start, good for 28th in the league.

Tanev says his pp unit struggled a bit on the break-out/been stopped at the line, but feels they’ve done well in zone #Canucks #TSN1040 #PP2

Perhaps you agree with Tanev’s assertion that they’re having trouble gaining the zone. Or maybe you think that both units aren’t moving the puck quickly enough. Or being creative enough. Regardless, something is going to have to change if this poor performance continues.

Yet Yannick Weber can’t draw into the lineup…

Looking to dump Radim Vrbata’s scoring slump, coach Willie Desjardins moved the Czech winger to the first line for practice Tuesday and Wednesday. Thus, Vrbata and the twins will be a thing tonight against the Capitals. Obviously, the hope is that Daniel and Henrik will help get Vrbata on the score sheet.

Vrbata has had decent chances this year, but has yet to find the net. Or find someone else who has found the net (Vrbata has no goals and no assists through six games). 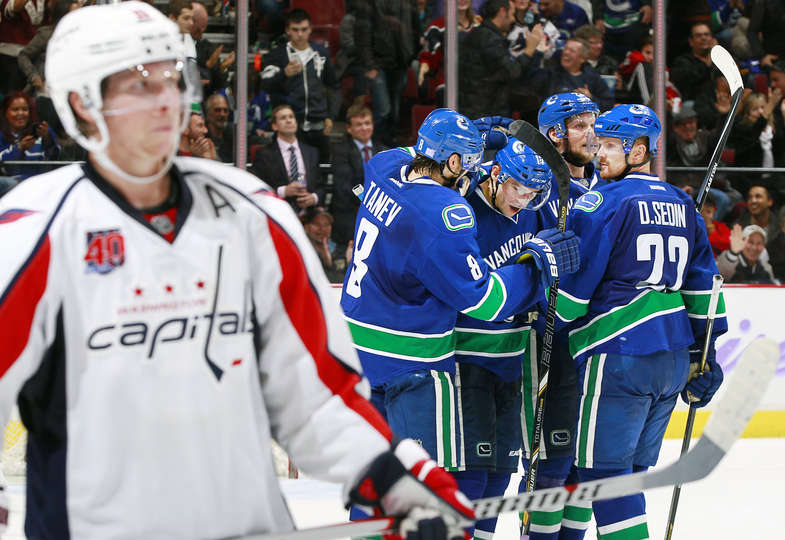 Vrbata scoring a goal – this would be nice to see. Image: Vancouver Canucks

I’m not too worried that this is putting all of your scoring eggs into one basket (or one line). If the first line is able to get a few goals, it will do wonders for Vrbata’s confidence. Once he gets a few points, then you can figure out if he should stick with twins or move throughout the lineup.

As well, this line did well against the Capitals last year.

3. It’s not going to get any easier

With the Flames, Kings, and Ducks all struggling out of the gate, the Canucks would do well to accumulate as many points now as they can. But it won’t be easy.

It will be interesting to see what the Pacific Division standings look like two weeks from now.

In the meantime, your top four teams are San Jose, Vancouver, Arizona, and Edmonton. That just doesn’t seem right. 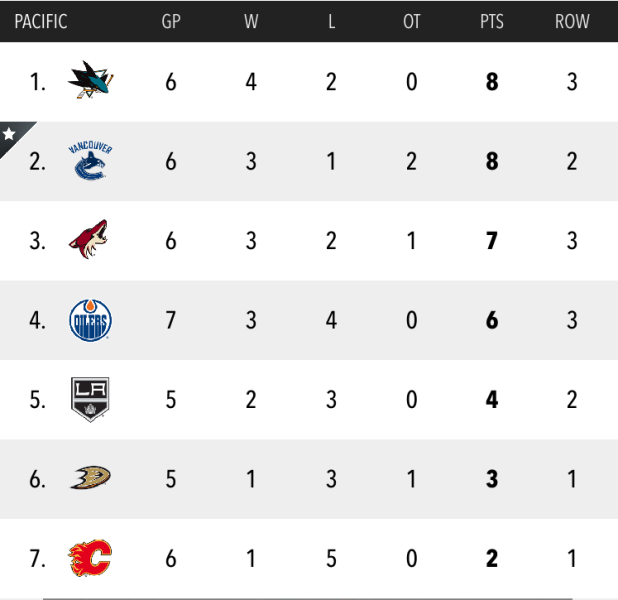 Rookie Jared McCann draws into the lineup and will centre the fourth line while Adam Cracknell sits this one out. Vrbata moves up to the first line, swapping places with Jannik Hansen. The d-pairs remain the same and Ryan Miller makes his seventh straight start in net.

The Canucks always play well at home against the Capitals and tonight will be no exception. In fact, I am fearlessly predicting that the Canucks will get their first home win of the season.

-Jake Virtanen will hit three guys at the same time (why settle for just two?)

-The Sedins and Vrbata will combine for at least 5 points

Look for an exciting game and a 3-2 Canucks victory.