The Vancouver Canucks 5-game Eastern road trip from hell continues with a 4:30 p.m. PST matchup vs. the Montreal Canadiens at the Bell Centre. The Canucks are limping into the Olympic break and need to some how, some way get some points.

The Canucks lost 3-1 to the Boston Bruins on Tuesday night where they iced a lineup that resembled more closely that of the Utica Comets than the NHL squad we have become accustomed to watching. Despite the depleted lineup, the Canucks played a competitive game in a hostile environment. Raphael Diaz had an impressive debut with the Canucks, scoring Vancouver’s lone goal.

This sequence not only tells the story of the game vs. the Bruins, but also captures the Canucks season in a nutshell. Check it out:

The Canadiens are coming off of a 2-0 win over the woeful Calgary Flames, but have been struggling as of late with a 4-5-1 record in their last 10. The Habs recently added Canuck 4th liner Dale Weise and are apparently looking to play a tougher style (where have we heard this before?).

Carey Price has been consistently good for the Canadiens this season and look for him to be in the net Thursday night.

The Canucks are going through a ridiculous amount of injuries. Henrik Sedin will sit out the last two games of the road trip, but Chris Higgins and Brad Richardson will draw back into the lineup. The lines at this point are somewhat unknown, but look for the line combinations to look similar to when Henrik was last out of the lineup.  We will likely see some line combinations as follows:

Alex Burrows could pick no better time to bump the slump than by scoring (early in the game please!) in Montreal. Burrows typically plays well in Montreal and you have to think that he has the ability to go on a roll once he gets that first goal under his belt.

Burrows has had an extremely unlucky season on the injury front (he still wears a face shield to protect his mending jaw), but this hasn’t stopped local sports media from dumping on him. This type of journalism is the equivalent of kicking a man when he is down. I’m sure Jeff Patterson will say this is just an “observation,” but clearly he put in a lot of research to point out that Burrows is struggling badly. I completely understand this when a player has been healthy and is in a terrible, prolonged funk, but Burrows has had to battle through two bad injuries, and has been one of the most consistent players the Canucks have had over the years. Burrows deserves the benefit of the doubt – and let’s do a post-mortem on Burrows’ season when the season is actually over.

Henrik Sedin will very likely play again vs. the Canadiens despite dealing with a painful rib injury. Canuck fans have to admire the courage, but many are questioning the wisdom. A healthy Henrik makes a massive difference to the Canucks lineup, but he is a shadow of himself right now.  **BREAKING NEWS** – Henrik Sedin will not compete at Sochi 2014 due to injury.

I don’t think anyone cares about style points anymore. The Canucks need points and they do not care how they get them. Nothing wrong with winning ugly. With the Canucks current lineup, winning ugly may be the only option.

The Canucks are in a funk that I haven’t seen in quite a while. There was a time when this type of futility was common, but those days were replaced by a team that dominated. 2011 seems light years away at the moment. Prior to the five game road trip, many circled this game against the Canadiens as the most winnable. Burrows scores, I tweet Jeff Patterson, and the Canucks win 4-1! 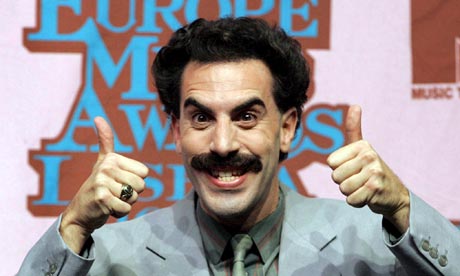 The predictions season record is currently at 32-26.