The Canucks wrap up their five-game home stand looking for their first win in two weeks tonight. It won’t be simple against the best team in the NHL, the Montreal Canadiens. Vancouver has gone 0-2-2 in their last four, while the Habs haven’t lost yet this season, going 9-0-0. As early statements go, this would be a big one for the 2015-16 Canucks.

It’s been anything but cozy in the confines of Rogers Arena, as fans have watched two consecutive third period leads vanish at the hands of the Washington Capitals and Detroit Red Wings, respectively. In danger of falling to .500 for the first time since the beginning of the season, Willie Desjardins and his team will need an excellent effort to walk away from this contest with a win.

The Montreal Canadiens (and their numerous fans) couldn’t be riding higher. It appears that nothing can touch them on their impressive winning streak to start the season. Carey Price has looked every bit the defending Vezina and Hart Trophy winner and the cast of supporting players around stars like PK Subban and Max Pacioretty have produced in a big way. 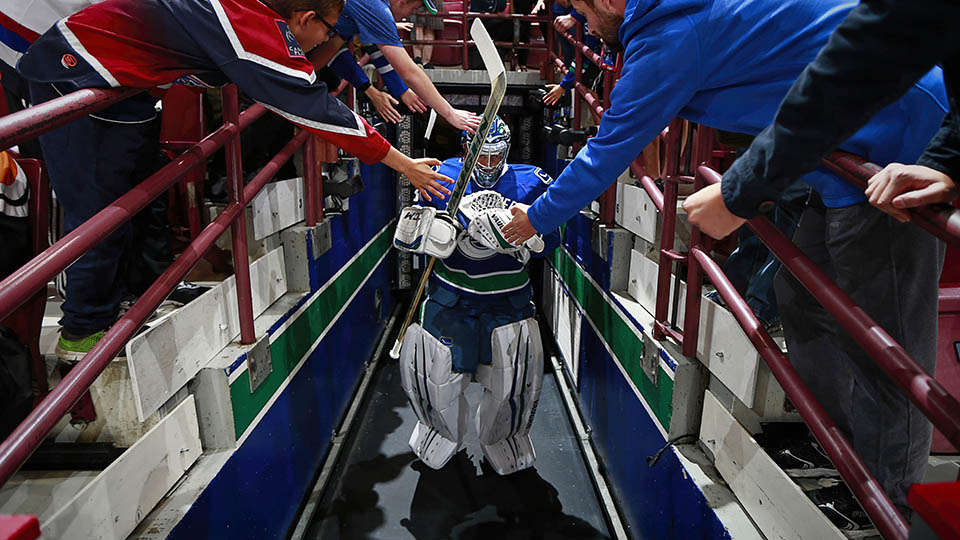 Ryan Miller took a maintenance day yesterday after starting every game so far this season. While he’s been above average so far this year, his hot start has given way to some middling performances. Having faced the 3rd most shots (231) of any goalie in the NHL thus far, Miller has accrued a .926 SV% and 2.09 GAA.

Through eight games, those are excellent numbers. However, when you cut his track record in half and simply look at the last four games, it hasn’t been great. In fact, his last four games have produced an inflated 3.00 GAA and a disappointing .899 SV%. To be fair, goals against average factors in a great deal more than Miller’s play and 3-on-3 overtime doesn’t do many favors to those numbers.

Hopefully the day off has given Miller what he needs for now. Unfortunately, what Miller and the Canucks require is an adequate backup goalie to shoulder some of the load. Richard Bachman and Jacob Markstrom have yet to prove themselves and the latter is currently injured. Only time will tell how this unfolds.

Much has been made about the playing time of Vancouver’s prospects. Ben Hutton, Jake Virtanen, and Jared McCann are all still with the big club attempting to do what Bo Horvat did just last year: make the team for the remainder of the year. Hutton has been surprisingly impressive and has likely already staked his claim to a roster spot.

Jake Virtanen, to the delight of many, remains very much a part of this team. Having played five games already and with all signs pointing to him suiting up for a sixth tonight, the former Calgary Hitmen power forward has shown flashes of the quality and excitement that forced Vancouver to select him 6th overall two years ago. He has averaged 8:04 per game with 9 shots and 15 hits.

Jared McCann has played one more game than Virtanen and has actually scored two goals with the extra 2:24 given to him per game (10:28). He’s gone 17/41 in the face-off circle, though fans should expect that to improve as he learns how to take draws in the NHL (not everyone can be Bo Horvat). 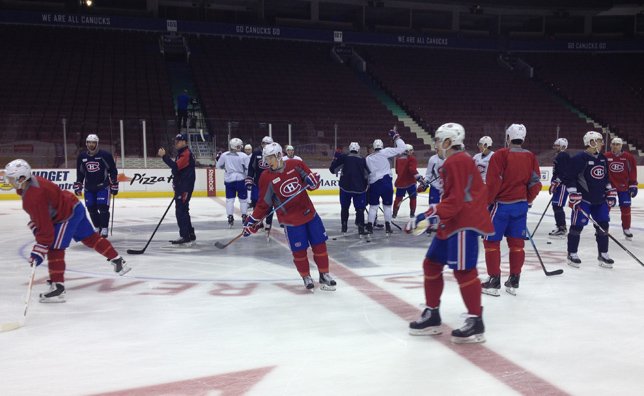 Through nine games, the Canadiens boast the most goals for (35), the fewest goals against (12), and obviously the best goal differential (+23). Only one other team (Washington, +11) owns a positive goal differential in double digits. While it may be a small sample set, that’s extremely impressive.

The Habs’ last game is a perfect example of why they may be the team to beat in the Eastern Conference this year. On a night where they weren’t at their best, getting outshot 52-27 at home to the Toronto Maple Leafs, they still won 5-3. Now, allowing 52 shots is not a recipe for success… Unless your goaltender is Carey Price and can stop 49 of those tests while the balanced attack of five different scorers take care of the offence. Carey Price is that good.

The Canucks are going to have their hands full in their own zone and should they get any opportunities on Carey Price, they’ll have to make the most of them.

The kids are in tonight and on different lines, ensuring a bit more of a balanced approach to their playing time. Here’s how the lines looked at practice yesterday:

Just about everything has gone the right way for the Habs this year. Their offence has been electric, their goaltending has been outstanding, and they’ve managed to rack up a very impressive record through nine games.

I may be using the law of averages as a crutch here, but why can’t the Canucks be the team that ensures nine doesn’t turn into ten? I think Virtanen gets his first NHL goal and Miller goes toe to toe with Carey Price, with the former coming out on top. Canucks win 2-1. Take it away, Ryan.