With the playoffs inching dangerously close to becoming a reality, the Vancouver Canucks return to action Thursday night to face-off against the Columbus Blue Jackets at Rogers Arena.

After Thursday’s game against the Blue Jackets, the Canucks will not have anymore games remaining against the Eastern Conference (barring a miracle run to the Stanley Cup Finals) and that’s a damn shame because Vancouver has demolished the East this season.

Well, that may not be too accurate of an assessment when you delve a little deeper into the numbers. Although the Canucks currently hold a 21-9-1 record against the East, the majority of that success has come against the Metropolitan Division (13-2-0) as opposed to the Atlantic Division (8-7-1).

Still, the overall record is excellent and the Canucks have managed to take down some impressive teams like the Pittsburgh Penguins and New York Rangers. And the good news is that Columbus happens to be in the Metropolitan Division! 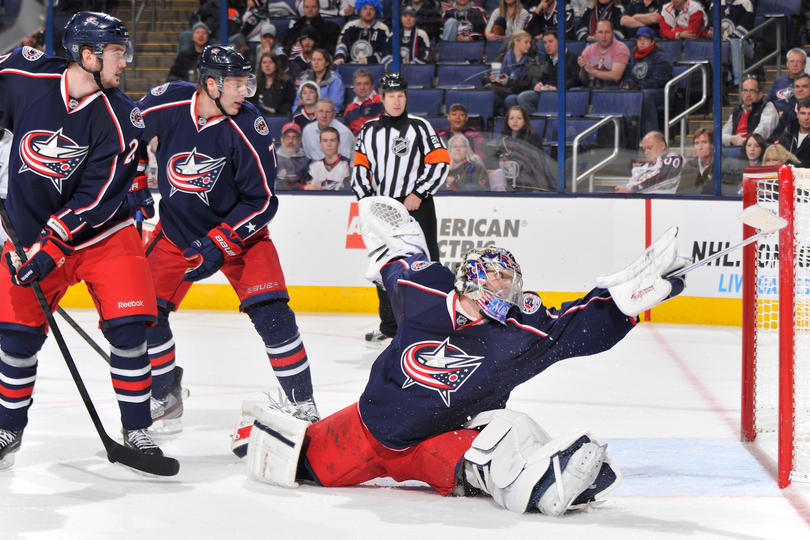 The Columbus Blue Jackets came into the 2014-2015 season with high expectations following what appeared to be a breakthrough campaign the year before that resulted in only their second playoff appearance in team history.

But after proving they could hold their own against the Pittsburgh Penguins in the first round, nothing seemed to go right for Columbus.

Star centre and British Columbia native, Ryan Johansen went through a nasty contract dispute, but fortunately has rebounded nicely with a 58 point campaign so far. Along with Johansen, Nick Foligno has been a revelation and currently sits 17th in league scoring with 62 points.

But that is about all that has gone right for the Blue Jackets. Their roster has been decimated by injuries throughout the year, leaving them sitting in 13th in the Eastern Conference.

Still, the Blue Jackets are not a team to be taken lightly, especially considering their best player happens to be playing at home in front of friends and family. Damn BC kids always like to show off like that.

It was an off-day for the Canucks but certainly not an off-day for breaking news in Vancouver as it was revealed by TSN’s Farhan Lalji that Ryan Miller will be out longer than expected:

Ryan Miller will not be back playing for #canucks before the playoffs. More coming up on @TSN1040

What does this mean for the Canucks? It’s simple actually. This is now Eddie Lack’s team until the end of the 2014-2015 season.

If Miller doesn't get any regular season games before the playoffs and Lack keeps on keeping on, starter for game 1 has to be Lack

There is simply no way that Ryan Miller can start if the Canucks make it to the playoffs. Coming off a major knee injury, Miller will likely be rusty and the margin for error in the playoffs is so small that a few soft goals can mean the end of a series. Imagine if the Canucks end up playing the Kings in the first round. Vancouver could ill afford any goaltending lapses.

Besides, it’s not like the Canucks don’t have a goalie that’s killing it at the moment. But will that change with the increased pressure that will likely accompany the news today?

@KevinisInGoal @patersonjeff Good point. @eddielack is much more focused and in a position to face those questions now.

It will be very interesting to see how this story unfolds over the next month (or hopefully two/three months). But for now, and in the foreseeable future, Eddie Lack is your number one goalie.

Miller's used to finishing second best in Vancouver. It's the natural order of things.

If there is one thing the Canucks have lacked this season, it’s stringing together W’s.

Not that we should complain about their current record which, considering what transpired last season, should be considered a bloody miracle. But think about how much better that record could have been if the Canucks were able to build some momentum throughout the season instead of routinely crapping the bed against inferior opponents.

In fact, their longest winning streak this season was four games between October 26th and November 1st. Other than that there has been some three-game winning streaks here and there, but that’s about it.

Obviously this is the pessimist’s point-of-view. Mr. Goody Two-Shoes optimist would say that at least the Canucks have been remarkably consistent and not endured any horrific losing streaks this season. And that’s a valid point.

But to close out the season, it would be great if Vancouver could put together a good run to not only solidify their playoff position, but to enter the playoffs with some momentum. 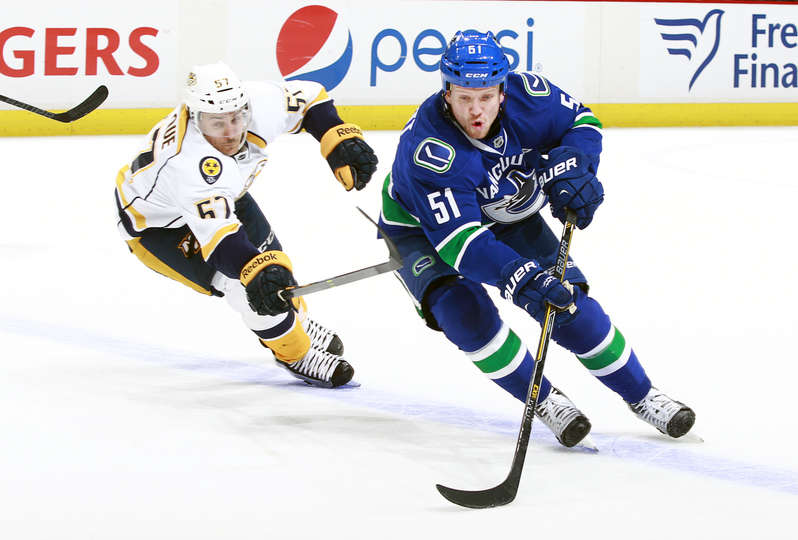 Barring another mysteriously convenient injury, Willie Desjardins will have to make a tough decision on who will sit against the Columbus Blue Jackets.

The easy bets would be Zack Kassian or Derek Dorsett, as both are a bit worse for wear at the moment. Although there is some debate as to how hurt Kassian actually is…

Although Willie Desjardins mentioned that he may take the opportunity to rest a veteran or two down the stretch, it’s probably too early to do that as the Canucks are still in the thick of a very tight playoff race. A two-game losing streak can severely alter their chances of making it to the postseason. It’s that tight.

If I had to make the coaching decision myself (and we should all be thankful I will never be in that position), I would say that Derek Dorsett comes out against the Blue Jackets as he has looked pretty beat-up lately. Besides, the Canucks are going to need him when they take on the Kings on Saturday afternoon.

But that’s just my opinion.

*Update: Richardson and Kassian will sit. Corrado has been sent to Utica.

Here’s how the team looked at practice this morning:

The Canucks are inching closer to securing a playoff birth and I’m betting that they increase their chances, which is currently sitting at 95.7%, against the Blue Jackets.

If the Canucks do win, can someone please throw a taco onto the ice in Eddie Lack’s honour? I think the kid deserves it!

And yes, I am totally copying that Senators fan who threw a burger on the ice for Andrew Hammond. 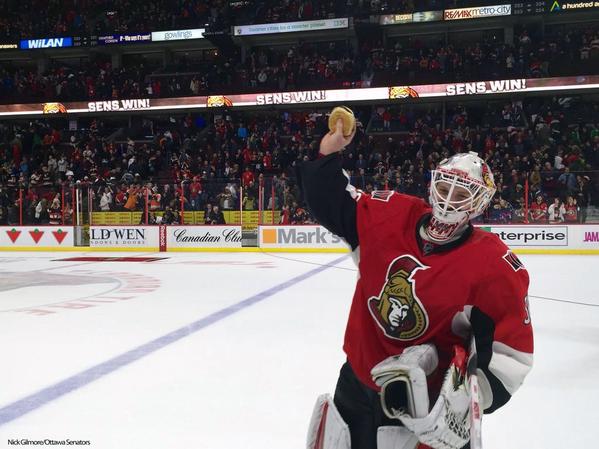