The Vancouver Canucks are finally back home tonight after an abysmal road trip. With a 1-4-2 record, the Canucks didn’t do themselves any favours and fell back to .500 on the season.

After a closed door/players-only meeting following their loss to Winnipeg, expect the Canucks to begin tonight’s game with some enthusiasm.

Unfortunately, the Blackhawks are no slouch. The defending Stanley Cup champs have a modest 11-7-2 record coming into tonight’s game, but the Hawks always seem to play well when they visit Vancouver.

Chicago played last night in Calgary (a 2-1 overtime loss), but won the three previous games. Patrick Kane is red hot, and comes into tonight’s game as the league leader in goals, assists and points. 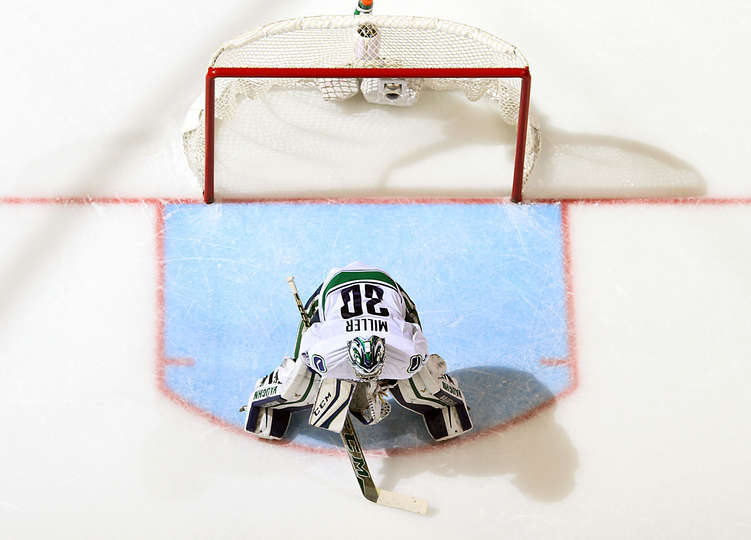 If you believe Blake Price, then 20 games is a checkpoint at which management, teams and fanbases alike can begin to envision what the rest of their season will look like. Outside of collapses and meteoric runs, teams will probably emulate the first quarter(ish) for the remaining 62 games.

Usually 20 games marks the point where even the team starts to take stock of what they have, what they are. 7-7-6.

If you’re a Canucks fan, you can’t be too pleased with what that predicts. Since the beginning of the season, I’ve worried the Canucks would finish 4th in the Pacific division and lose out on the second wild card spot due to a strong Central division. That seems to be an all too real possibility.

The feast or famine approach that NHL teams have taken in recent years doesn’t forgive teams that barely miss or make the playoffs and if the Canucks continue at this pace, their “on-the-fly rebuild/retool” likely won’t work. 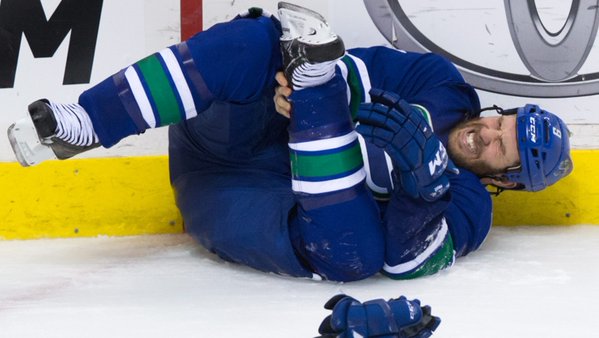 Brandon Prust will make his return to the lineup tonight against the Chicago Blackhawks and though the rivalry has abated in recent years, you can bet the history between these two teams and the Canucks’ recent woes will spur Prust to make a difference early.

While largely dressed to provide a physical checking presence, Prust and fourth line compatriot Derek Dorsett are excellent at getting under the skin of the opposition.

One thing everybody will miss with Prust playing again is his excellent in-game Twitter commentary.

While the Canucks will get Prust back tonight, they’ll still be without the services of Radim Vrbata, Brandon Sutter, and rookie Ben Hutton.

It’s been tough sledding for Vrbata and Sutter. Vrbata has been snakebitten to say the least and Sutter has yet to really hit his stride with his new team.

It’s okay to expect Vrbata will start to produce at a higher rate upon his return with three quarters of the season remaining to at least come back to average. However, many feared Sutter would provide significantly less value than his gaudy 5-year, $4.375 million contract suggests and unfortunately, that seems to be the case so far.

It’s too bad to see Ben Hutton injured after blocking a shot in Winnipeg. Hopefully he’ll be back on the ice soon and busting a move in the dressing room as well.

Here, have some dancing Ben Hutton in your life. #Canucks pic.twitter.com/KuLonSX1Sj

As mentioned, Vrbata, Sutter, and Hutton are all likely out tonight and Brandon Prust will join the fourth line. Alexandre Grenier was reassigned to Utica to make room for Prust. Be sure to check back here for any updates after the game day skate.

*Update: Sutter and Hutton won’t play, Prust is back and Vrbata is a game time decision.

I was actually in Chicago to watch the Edmonton Oilers take on the Blackhawks in the United Center on November 8th. First of all, if you get a chance, go watch a game in the Madhouse. The atmosphere is incredible. Second, this Artemi Panarin kid is the real deal. Comparisons to Patrick Kane are well founded and having those two on a single line should be illegal.

With that being said, I still think the Canucks will be rested and eager to make a statement early. With the Blackhawks having played last night in Calgary, look for Vancouver to come out gunning and keep the pedal to the metal through 60 minutes. Canucks win 4-3.