The Canucks face their bitter rival, the Chicago Blackhawks, for a Sunday night showdown at Rogers Arena. The Blackhawks come into the game after sweeping the Alberta teams, but have been extremely inconsistent in the early going while the Canucks look to continue their winning ways.

The Canucks look to continue to stay atop the Western Conference standings with a Sunday night tilt against the rival Chicago Blackhawks. During the 2011 Stanley Cup Playoffs when the Hawks were down 3-0 to the Canucks in the 1st Round, Jonathan Toews made the confusing statement that Chicago would “expose them (Canucks) for what they really are.” What the Canucks were then was clearly the best team in the NHL, but perhaps Toews ominous statement is more relevant today. Who are the Canucks? Have they really turned the corner or is the early season success just an aberration? How will the Canucks fare with Dan Hamhuis reportedly out for months with a lower body injury? Tonight is another test for the Canucks to show who they really are.

1. Strong At The Quarter Pole 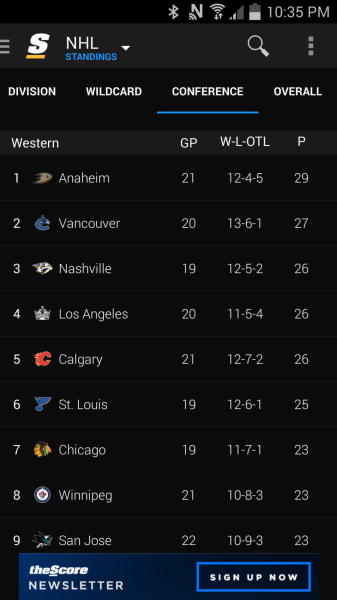 The Canucks have very little time to pat themselves on the back for an excellent start to the season with an extremely long, difficult seven game Eastern road trip on the horizon. At the quarter pole the Canucks sit second in the Western Conference. What surprises me more than the Canucks early success is how entertaining they have been in compiling such a stellar early record. A three goal effort last year was like manna from heaven. This year such an effort is commonplace. The new high octane offence of the Canucks makes a matchup with the dreaded Chicago Blackhawks all the more interesting. One thing is for certain, this year’s version of the Canucks isn’t afraid of getting into a shootout. I mean, the Canucks are Grandma Klump style fearless.

Zack Kassian is starting to figure out what it takes to make an impact on a game and Cody Hodgson is busy pissing off another team. Kassian was noticeable against the Ducks on Thursday night partly for his assist on Bo Horvat’s first NHL goal, but, more so, in how he is figuring out how to use his size. Kassian is a very good playmaker and he is creating space by using his big body. Clearly this is something he has been working on. His improved board play is very noticeable. Kassian even spent some time on the power play on Thursday night. Willie Desjardins biggest task is to get Zack Kassian to play consistent game in and game out. Kassian isn’t quite there yet, but he is making strides in the right direction. 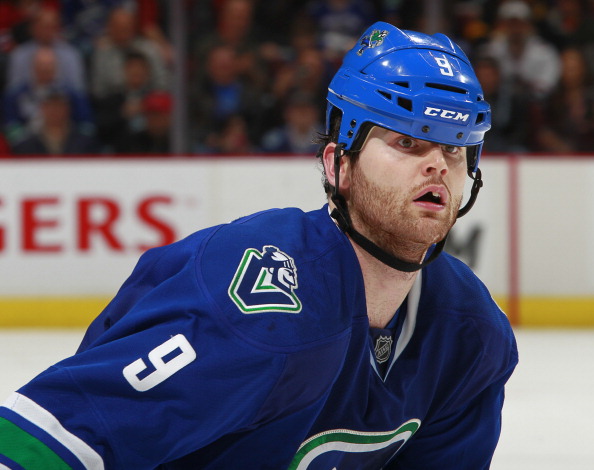 Bo Horvat scored a tidy first NHL goal on Thursday night against the Ducks. It really should come as no surprise; Horvat’s overall game is very much, well, tidy. Horvat has been very good in the faceoff circle and plays an efficient 200-foot game. He is only going to get more comfortable with more shifts. You really cannot appreciate how complete Horvat’s game is until you see him live. I don’t see how the Canucks can send Horvat back to junior, he is exactly the type of centre they need right now in the bottom six.

Ryan Miller will be back in the Canuck’s net after a lacklustre (excuse the pun) effort by Eddie Lack against the Anaheim Ducks.  The Canucks have recalled Frankie Corrado from Utica with Dan Hamhuis sidelined with a long term lower body injury sustained early in the Ducks game. Alex Burrows remains out of the line-up with an undisclosed injury.

The Canucks are playing a tired Chicago Blackhawks team with this being the Hawks 3rd game in 4 nights. The Hawks also have some key injuries, most notably, Patrick Sharp is out of the lineup long term. This is simply a game the Canucks should win. The Canucks take this one 4-2 and I stare at the standings fondly for hours.