The good vibes seem to have returned to the Lower Mainland thanks to the reappearance of everyone’s hero. It’s a shame that the Canucks have to play hockey and remind us of how we got into this mess in the first place.

Lost amongst the organizational restructuring of the Vancouver Canucks is the fact that the team still have three games left in the regular season, starting with Thursday’s tilt against the Colorado Avalanche.

With their playoff hopes hanging by a single DNA strand, the Vancouver Canucks hosted the Anaheim Ducks on Monday night with a chance to extend their winning streak over California based teams to…two.

You would have thought the Canucks would come out with guns-a-blazon’ and looking to take advantage of Ducks goalie John Gibson (making his NHL debut) with a plethora of shots. But you would have been terribly wrong. Vancouver could barely manage anything, missing the net on numerous occasions and making life for Gibson a breeze. Things only got worse when the Ducks scored shorthanded off of a brutal Henrik Sedin giveaway to make it 1-0. Safe to say Hank is Team Tank.

The Canucks entered the second period with little to no motivation which prompted John Tortorella to call one of his patented unnecessary timeouts to wake his players up. However, he forgot to set the alarm and the Canucks sleep walked through the rest of the period. You would think a team that was fighting for their playoffs lives would muster more than three shots in a period. By this point, you could tell it was destiny that Gibson was going to get his first NHL shutout in his first NHL game against Vancouver. I don’t know why everyone hates the Canucks. We provide everyone with their major statistical achievements. 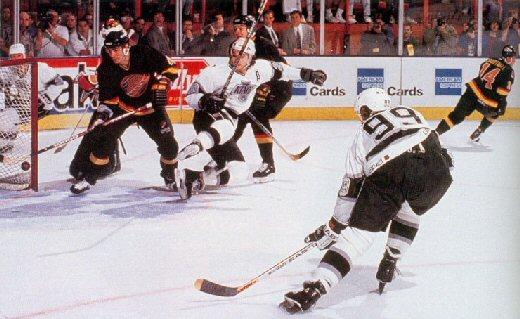 The Canucks just wanted to be a piece of Wayne Gretzky’s historic 802nd NHL goal. No big deal.

Anyways, as the clock wound down on the Canucks season, Anaheim added a couple more to make it 3-0 amidst a loud “Fire Gillis” chant. Before you could correctly say Francois Beauchemin, the official curtain call for the Canucks was upon us, ending one of the most ridiculous playoff drives in the team’s sordid history.

The Colorado Avalanche have secured their playoff spot (think you’re better than us?!) and are just winding down the clock, hoping not to get injured. Although they have mostly failed as Matt Duchene was injured on April 1 and will be out for four weeks.

It is truly amazing to see what kind of a turnaround this franchise has undergone over the last year (please let us know how, we’ll give you gold). They have gone from second last in the NHL to one of the top seeds in the Western Conference with a new attitude courtesy of coach Patrick Roy and Executive Vice President of Hockey Operations (breathe) Joe Sakic. Or, and I am just speculating, they are a more relaxed group thanks to a certain product that has recently become legally available in the state of Colorado. Just sayin’.

Still, I am really not sure how the Avalanche will play on Thursday due to all the laughing (see?) they will surely be doing over the state of the Canucks franchise. Remember Colorado not being able to beat Vancouver for about three years? Yah, all in the past.

The timing of this game is a little bit ironic though when you think about it. With Trevor Linden being named team president on Wednesday, you can see that Vancouver is looking to follow in the footsteps of Colorado by promoting successful former franchise players to run the show.

The kids will supposedly get a chance to shine for the next three games as the coaching staff assesses what it has moving forward. Although we don’t know what the lines will look like just yet, I am assuming that Torts will come to his senses and put Burrows back into the top six. Jacob Markstrom will get his first start in net. We will keep you posted on any changes.

UPDATE: Jason Garrison will sit out tonight (he has been playing through an injury), Frank Corrado takes his place.

Okay this is maybe a little melodramatic, especially considering there are still three games left in the current era and there is no guarantee that John Tortorella will lose his job (although it appears very likely). But it will be interesting to see how the Canucks react to the off-ice circus that has transpired around them. Rob the Hockey Guy made a terrifying observation that I would like to highlight:

Lost in all this? I hope this news doesn't energize the team to win their last 3 games and screw up their draft pick

A novel could be written to detail all the potential changes that await the Vancouver Canucks. However, I would like to briefly highlight an interesting consideration as we boldly move forward.

Remember when Mike Gillis said he didn’t want to ask players to waive their NTC’s? Keep that in mind with a new General Manager who might not have the same philosophy. Canucks players who enjoy living in Vancouver may want to play a little harder if they want to stick around. Then again, with Torts at the helm, they still may be trying to get the coach fired.

The time has finally come for Eddie Lack to get a rest which means Jacob Markstrom will get his first start as a Vancouver Canuck. We have already seen Markstrom in action, albeit briefly, but that was in a laugher against the Dallas Stars. Here’s hoping that all of this waiting and practicing with Rollie Melanson was worth it. Markstrom is in an interesting position because logically, Lack should have a veteran backup goalie brought in to help with his transition to the starting role. That would leave Markstrom on the outside looking in. Although the next three games have very little significance for the Canucks, you can bet Markstrom will be trying his best to earn a spot for next year.

3. The Best Idea Ever

Linden should hire Messier as GM just so he can fire him later.

This isn’t really a storyline, but I fully support it becoming one.

Colorado is fighting for first place in the Western Conference and the Canucks are fighting chronic apathy. It’s the ultimate showdown. I think the Avalanche will bury the Canucks (see what I did there?) 4-1. But it’s okay because Trevor Linden. 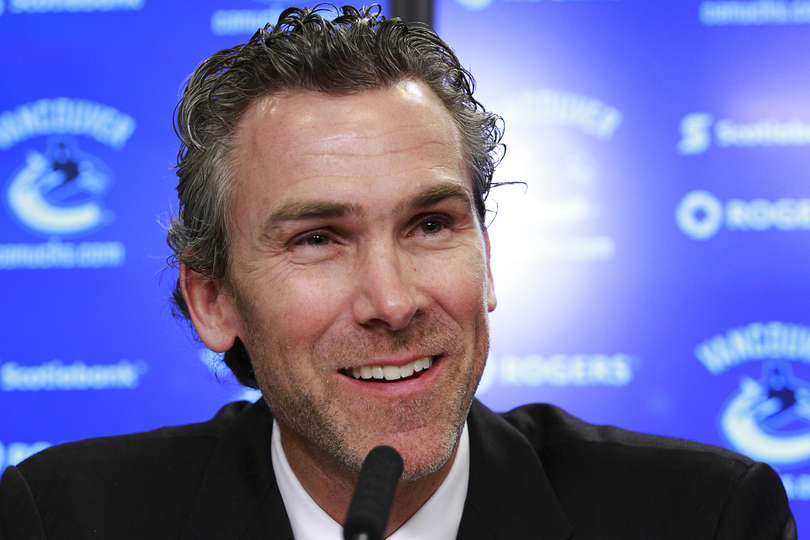