Riding high on their first three-game win streak since mid-January, the Vancouver Canucks return to action Thursday night against the Colorado Avalanche.

With only nine games remaining in their regular season the schedule, the Canucks will be looking to shore up their playoff spot. In stark contrast to last season, the final nine games will actually be interesting as nothing will be settled until the final games of the season.

Vancouver has definitely been doing their due diligence to ensure that they at least have a spot in the main event with five wins in their last six games. At this point, the Canucks are in complete control of their destiny.

With a strong showing over their final games of the season, Vancouver should have no issues locking-up second place in the Pacific Division and securing home-ice advantage in the first round.

Oh what a difference a year can make…

At this point last season, the Colorado Avalanche were preparing for the playoffs after demolishing their opponents en route to the Central Division title. One year later, and the Avalanche are on the outside looking in.

Although not yet mathematically eliminated from post-season contention, the likelihood of Colorado jumping past Dallas, Los Angeles, Minnesota or Winnipeg is slim to none (roughly 0.7% according to Sports Club Stats). Unless you happen to believe in miracles as much as Kurt Russell, the Avalanche are looking like a team that are playing out the stretch.

Still, despite their not-so-fantastic season, Colorado is still a threat as they boast an impressive array of young talent supplemented by a solid veteran presence that includes the likes of Alex Tanguay, Brad Stuart, and long-time friend of the Canucks, Jarome Iginla.

The Avalanche present yet another opportunity for the Canucks to prove that they do not take “inferior” competition lightly. As easy as it should be to defeat this team, Vancouver still needs to be wary as Colorado has nothing left to play for other than pride.

And the fear of getting yelled at by Patrick Roy. 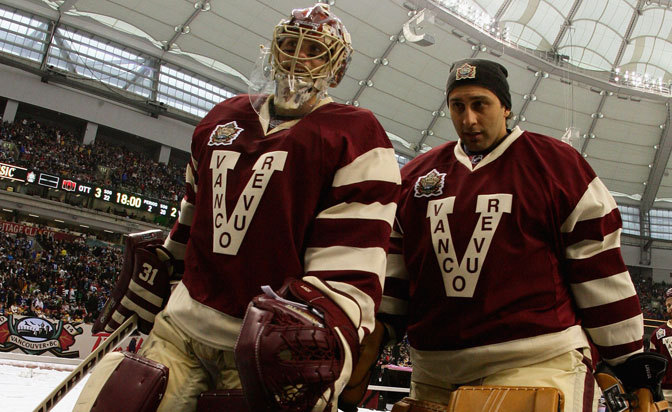 Thursday night will be a celebration of sorts as the Canucks will be donning their Vancouver Millionaires duds for one night only to celebrate the *sigh* 100 year anniversary of their one Stanley Cup victory.

Although I’m sure this will invoke a barrage of Stanley Cup drought jokes, it will be worth it to see the Canucks wear some pretty cool uniforms.

Hopefully Vancouver has a better time wearing the vintage threads than last year when we saw the starting goaltender demand a trade out of town, Daniel Sedin get injured, Eddie Lack get ventilated, and the Canucks losing to the Senators at BC Place.

It couldn’t possibly be that bad this time. Right?

2. Time To Prove Your Worth

One of the main reasons that the Canucks have remained competitive this season is because the internal competition for positions has been intense as it has been in quite a few years.

Nothing is guaranteed with Willie Desjardins and taking one look at Zack Kassian’s season up to this point proves that point rather easily. For two Canucks in particular, the final nine games of the season will be crucial in determining their playing time when the playoffs finally roll around. 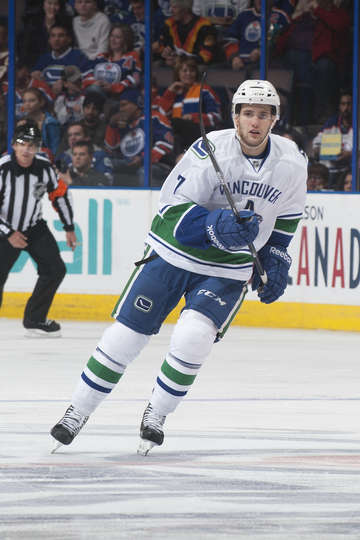 Linden Vey has had himself quite the rookie season in Vancouver. Noticeable early for this power play acumen, Vey dropped off the map once the scoring dried up and his noticeable inexperience in the NHL became a liability. Still, the diminutive centre from Saskatchewan managed to stay in the lineup more than he probably deserved.

However, with Brad Richardson almost certainly reappearing in the next few games, Vey is more than likely to spend some time in the press box until another spot opens up thanks to the inevitable injury. 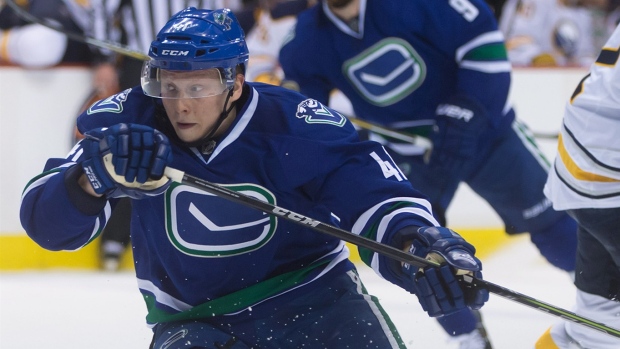 Ronalds Kenins is in a similar position, but if his main competition for a roster spot is Kassian, he may not have much to worry about. Although being benched in the third period in favour of Derek Dorsett may prove otherwise.

At some point, the Canucks are more than likely going to need Kenins and Vey to step up in the playoffs. They now have only nine games to prove to Desjardins that they can hold their own. 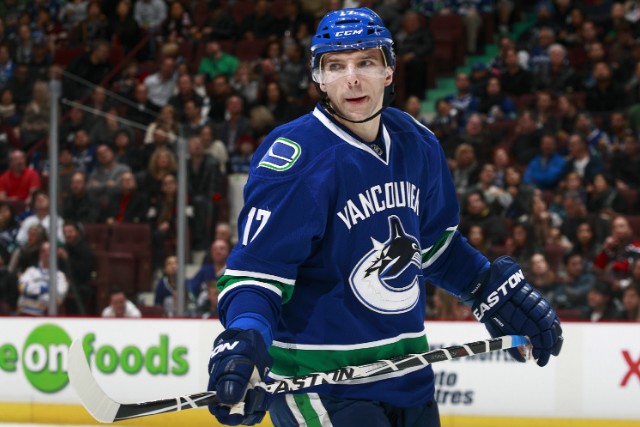 When the Canucks signed Radim Vrbata last summer, I think a 20-to-25 goal season would have been deemed a success.

Yet, here we are at the tail-end of the regular reason, and Radim the Dream is inching closer to the 30 goal plateau. For five million per year, that’s a heck of deal.

What may be even more encouraging is the fact that Vrbata is scoring during the most important stretch of the season while playing on the second line. Vrbata provides a type of versatility that is incredibly valuable in the playoffs.

Although it’s highly unlikely, Vrbata could possibly eclipse his personal scoring record of 35 set in 2011-2012 with the Phoenix Coyotes.

It will be fun to watch him try.

It appears as though Zack Kassian and Brad Richardson will be gone for a little while nursing a couple of minor injuries. As bad as that may be for the Canucks, it’s fantastic news for the Ronalds Kenins and Linden Veys who need a few more opportunities to prove that they can be trusted when (and if…) the playoffs come around.

Desjardins on no Burrows/Hansen at practice: "They'll be good, just a maintenance day, but you never know after Richardson (foot)."

Based on practice lines and assuming Willie Desjardins is just being cryptic for the sake of trolling everyone:

The Canucks are killing it at the moment.

It doesn’t matter if they go down a couple of goals like they did against Winnipeg, this version of the Vancouver Canucks doesn’t seem to understand the meaning of the word “quit”. After last year’s embarrassment where giving up the first goal meant abandoning any hope of watching a competitive hockey game, this team never seems to be truly out of a game.

Although I’m still a bit nervous about their ability to perform their best against a tired team coming off of a back-to-back, I still think that the Canucks will take this one by a score of 3-1.