Before the Canucks played the Leafs at home on February 13, the Canucks had 56 points in 54 games and were tied with Minnesota and Arizona in the standings. With identical points and games played, all three teams were conceivably in the wild card race as they were three points behind Nashville (59 points in 55 games) and six points behind Colorado (62 points in 58 games) with a whopping four games in hand.

And today? The Canucks have made a home for themselves closer to the bottom of the Western Conference standings. 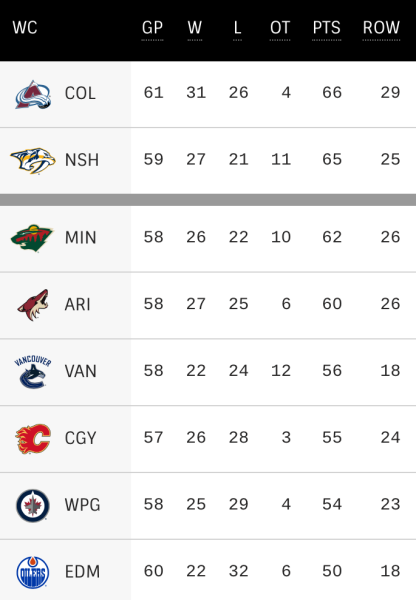 Vancouver is nine points out of wild card spot with three other teams to beat out. It doesn’t look good.

Can we get all of the players’ moms back?

The Canucks defeated the Avalanche just 12 days ago by a score of 3-1, with Bo Horvat and Ben Hutton getting two points apiece and Jacob Markstrom earning the win.

Since then, the Canucks have gone 1-4 while the Colorado has gone 4-1, thus widening their lead over Vancouver in the standings.

The Avalanche beat the lowly Oilers 3-2 in Edmonton last night, with defenceman Tyson Barrie leading the way with three points. Look for Semyon Varlamov to start in net for the visitors.

We all know the grizzly stat by now: the Canucks are the only team in NHL history to lose four consecutive games by an identical 5-2 score.

There are many good things that can come from the numbers “5-2”:

-It was the final score of Canada’s gold medal win over the USA in the 2002 Winter Olympics. 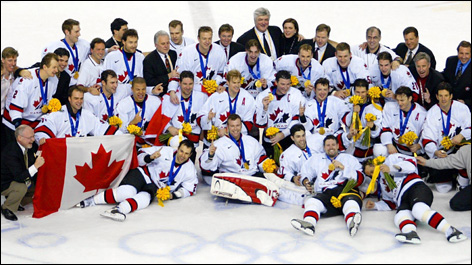 -It was the jersey number of Baltimore Ravens’ middle linebacker Ray Lewis. 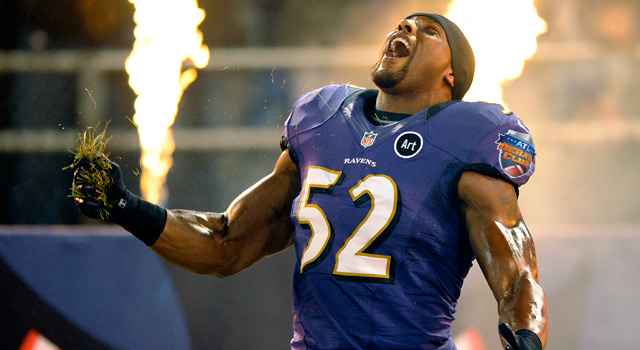 And it’s the height of my lovely wife Gail. But I digress.

5-2 is not good when you’re the team repeatedly scoring the “2” and not the “5”. It means you’re being out-scored (obviously), out-chanced, out-worked, out-played, out-manned, and out-hustled. And it’s not even close.

Will tonight be the night that the 5-2 streak is stopped forever?

It’s no surprise that the Canucks’ recent four-game losing streak coincides with the injuries of Brandon Sutter and Alex Edler. Both players were injured in the February 9 win against Colorado; Edler took a slap shot to the foot and Sutter took a deflected shot to his face. 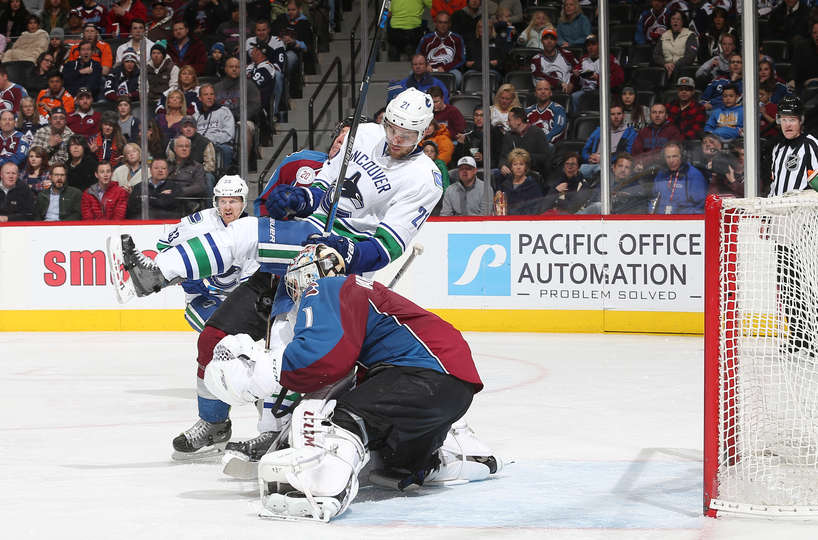 After this win, the Canucks were able to win one more game (a 2-1 win over Arizona) before returning home and losing to Toronto, Minnesota, and Anaheim. Add in a road loss in Calgary on Friday night and you have a four game losing streak.

It’s really a shame that the Canucks haven’t played with a healthy roster all season.

Benning obviously frustrated by injuries to Sutter and Edler: “We were healthy for a game and half.” #Canucks

More Benning: “It’s upsetting but we just have to keep moving forward with the guys we have and they will have to pick up the slack.”

At full-strength and with everyone healthy, the Canucks could contend for a wild card spot. However, they are simply not good enough to compete when they lose key players, especially multiple key players at the same time.

It seems more certain that the Canucks will be sellers at the trade deadline later this month. The names we’ve heard the most are Dan Hamhuis and Radim Vrbata with a little bit of Alex Burrows thrown in for good measure.

But what about Jannik Hansen? 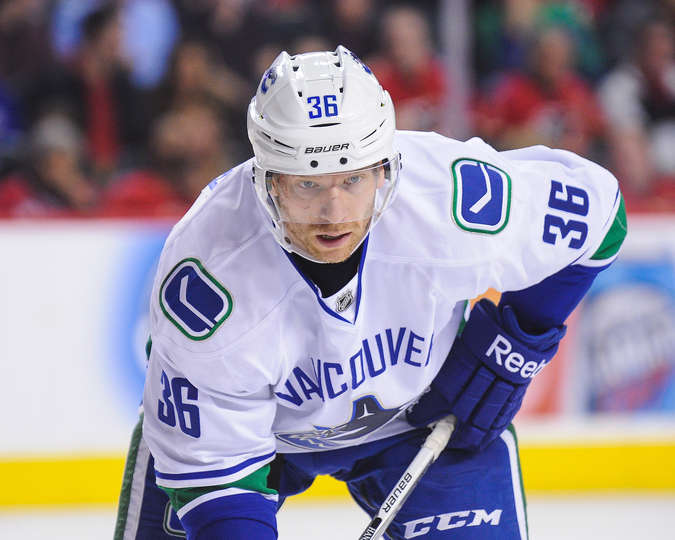 One could argue that he would fetch more than Vrbata (and certainly Burrows) would on the trade market. He has a very friendly cap hit of $2.5 million ($3 million of actual salary) for the next two seasons after this one. That’s outstanding value for a player who is not going to be a UFA at season’s end.

Of course, those are the exact reasons why the Canucks are probably loathe to move Hansen. He’s the only player who has shown consistent chemistry with the Sedins this year. As well, Canucks management will certainly rely on veterans like Hansen to help both on the ice and in the locker room as the team continues to rebuild with younger players. You’re going to need some veterans around.

Regardless, it will be interesting to see what happens to Hansen (and Hamhuis, Vrbata, and Burrows for that matter) over the next week.

It looks like Linden Vey is the latest Canucks player on the mend. He missed Friday’s game in Calgary and didn’t practice this morning.

Matt Bartkowski will move into a top-4 spot on defence, switching spots with Luca Sbisa. Ryan Miller will start in goal.

There is no way that this game ends 5-2. If it does, I will personally take one lucky (or unlucky depending on your vantage point) Vancity Buzz reader out for dinner. We’ll figure out the details later.

Everything points to an Avalanche win. But since when has this Canucks team been predictable this year?