In the annual Hockey Night in Canada/NHLPA player poll the Vancouver Canucks were voted the most overrated team in the league, ahead of some great candidates like Toronto and Washington. This has many Canucks fans scratching their heads, wondering how could this be?  The team was one win away from winning it all last year and they’re overrated? Other fans simply have brushed this off and moved on.

Chalk this one up to a classic case of haterade. Even Ron Maclean agreed that the result was ludicrous. The question should have been, which team is most despised. I can see how we would be on top of that poll. We live in one of the most livable cities in the world, surrounded by beautiful women and The Roxy available for all your cougar prowls year round. Of course it’s the most expensive city in North America, but hey you’re making millions playing the game you love, money isn’t an issue for you. That being said, most importantly the Canucks will hand you another loss in the near future.

As Canucks fans it may be difficult to come to grips with the routine bashing we get from other fans these days. Expect more of it because with success comes jealousy and hatred. Truth of the matter is this franchise has been such a non factor for so long that we aren’t accustomed to this sort of negative attention. I hope it stays this way for a long, long time to come.

The Canucks will embrace it and shove it down the throats of the rest of the NHL by continuing doing what they do best and that is win. After all haters gon’ hate. 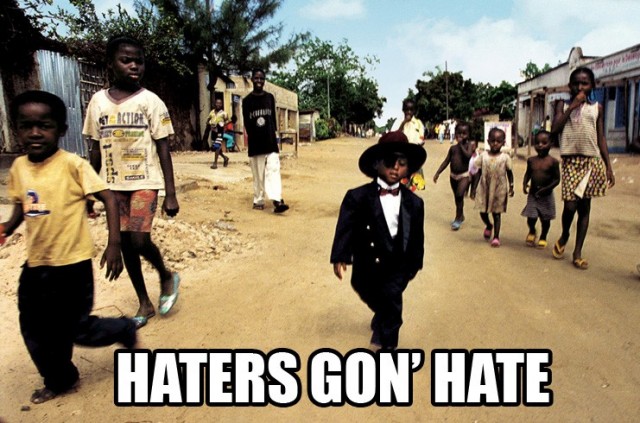