With pre-season just days away, you have to wonder how much longer the Canucks will be asked about the debacle that was last season. Will it ever stop?

One thing’s for sure: the fans and players will never forget. John Tortorella will always be remembered for his Messier-like impact on the team.

Canucks players were available to media for the first time Thursday, and a few took some weak shots at what happened last year.

Switching from Tortorella to Desjardins

To be fair, almost all returning players were asked to comment on Tortorella and very few took the bait. Chris Higgins, however, said the following on the coaching differences:

“His (Desjardins’) attitude towards the players and his relationship with the players is going to have probably a little more positive spin on it. I think he’s a guy who listens to the players and doesn’t have any preconceived notions of what kinds of players we have on the team.”

Asked if that was not the case last year:

“I don’t know. With some guys it might not have been.”

“It’s definitely a different feel this year. I think everyone was a little more nervous last year with Torts’ reputation… everyone seems excited and ready to bounce back this year.”

Switching from Gillis to Linden/Benning

Henrik Sedin said this on the new-look roster:

“I personally think if you look at our lineup this year, we’re a deeper team.”

Shots fired at the team assembled by Mike Gillis? This is the always-controversial Hank, so yes, probably.

And whether the following is a shot at himself and his teammates or the coaching staff is up to you:

“It was impossible for us to make the playoffs with the power play we had last season.”

Zack Kassian was asked if he thinks there’s a more positive feeling going into this year:

“It’s always a positive feeling heading into the next season, but yeah, with the change, especially with Trevor coming in with the respect he gets from the fans and everyone in this city, it’s definitely very exciting.”

There you have it: pretty sure he didn’t say it was exciting last year. (actually I’m not sure at all)

A different feel in the dressing room

Kevin Bieksa made some comments on the feeling in the dressing room.

Now, we should note that Bieksa was asked if there was someone in particular in the room who was a problem last year and he was quick to respond “No no no.”

Still, he was saying something about last year’s chemistry… whether that’s a knock against a certain Selke-winning centre whose name rhymes with Mesler, or he was just too weirded out by David Booth – your guess is as good as mine.

Dave Lee-son is back with his popular wallpapers this year and they’ve got a kick-ass new design! But you’ll have to wait for the season to start to see it. For now, he’s using last season’s design. Click on the link below the image to download the high resolution zip file. 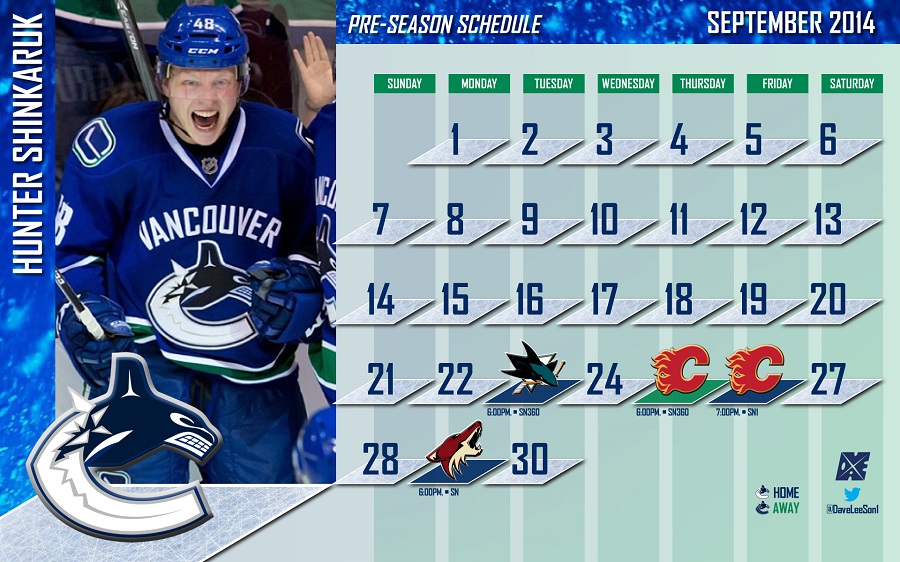