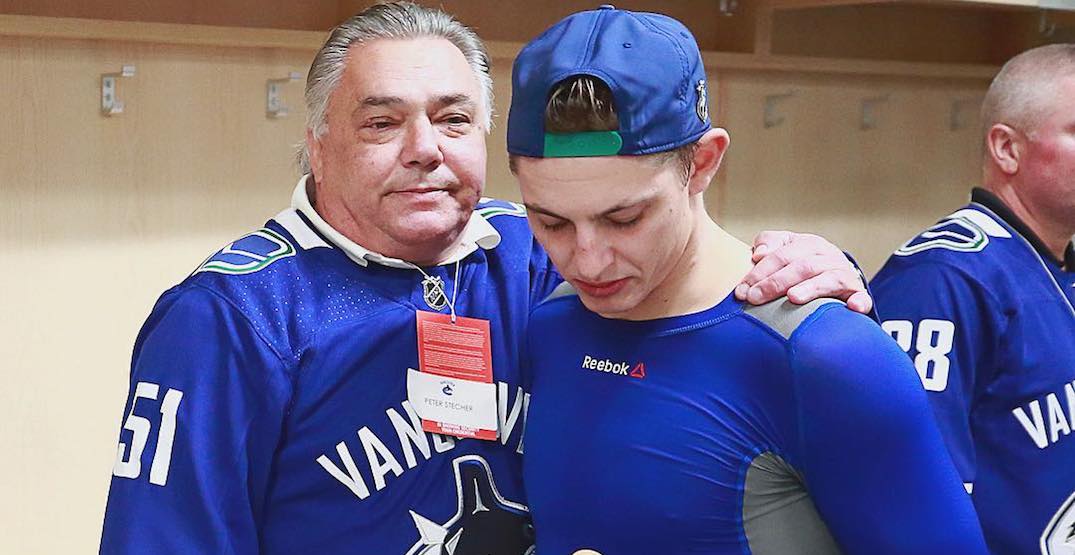 The Vancouver Canucks have passed along sad news today that Troy Stecher’s father, Peter, has passed away.

“The Vancouver Canucks mourn the heartbreaking passing of Troy Stecher’s father, Peter Stecher,” the team announced on its official Twitter account. “We offer our sincerest condolences to Troy and the Stecher family during this difficult time.”

Stecher is the third Canucks player that has had to go through this heartbreak this season, as Jacob Markstrom lost his father last fall, while Zack MacEwen’s dad passed last month.

In an interview with Daily Hive in 2019, Stecher told us his father had a big influence on his hockey career, beginning as a child growing up in Richmond.

“My dad was the biggest [influence,]” Stecher said. “He coached me all the way through second year atom.

“We’re a hockey crazy family. My brother played before I did. He just taught me to have a passion for the game and to work hard and you can only control what you can control. I feel like I’ve had to prove a lot of people wrong to get to where I am today and a lot of that stems from my dad, who never sugar-coated anything, and treated me with tough love as my coach.

“I give a lot of credit to my dad just for helping me get to this point and how he pushed me to chase my dreams. It was always encouraging to push me, it was never forced upon me. It was always something I wanted to do, and he was just the resource to help me become better.”