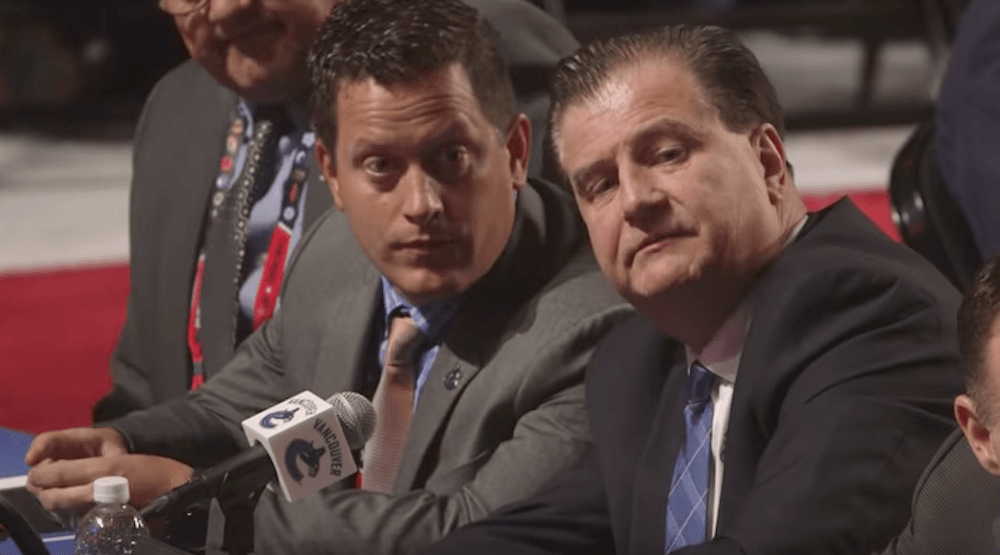 For the next two seasons, the Vancouver Canucks shouldn’t be too stressed about their salary cap situation.

Kudos to them, because other squads around the NHL should be downright fearful.

Like a persistent insurance salesman, Jim Benning should be phoning cap-strapped teams to see if he can snag an asset by taking on a liability. For every team below, those options are on the table.

Multiple teams I’ve spoken to are very concerned about this cap forecast. Many fear that when the NHL and NHLPA settle on an upper limit this week, it will be LESS than $82M for next season, or an increase of only slightly more than $2M. https://t.co/KZiHydOZSD

With the NHL’s salary cap rumoured to climb to about $82 million, a lower number than some teams were hoping for, it’s going to result in some maneuvering over the coming weeks.

The Mitch Marner contract looms large over this franchise, but you’d have to imagine the Maple Leafs find a way to get it done. However, they have to clear cap room just to sign Marner, never mind RFA’s Kasperi Kapanen and Andreas Johnsson, and the rest of their defence.

There are a few names that the Leafs are rumoured to be shopping. It’s no secret that they would like to clear Patrick Marleau’s $6.25 million salary. The Nikita Zaitsev contract also looms large.

Zaitsev has been tied to the Canucks for weeks now. He’s not an ideal target, but perhaps taking on his contract would be enough to get a guy like Kapanen out of Toronto. That, or the Canucks could just offer sheet one of Kapanen of Johnsson.

The options are there, and the Leafs need the cap relief.

It didn’t take the Vegas Golden Knights long to rack up their bill on NHLers. The Golden Knights are currently the only team that’s above the projected cap for next year.

There are players in particular who the Canucks should look at targeting. One is Colin Miller, and offensively-inclined right-shot defenceman making $3.875 million for the next three years.

He saw his role diminished in Vegas and would certainly get more minutes in Vancouver. Elliotte Friedman has reported that Miller is available on the trade market.

Colin Miller gets the @GoldenKnights the first goal of the 2018 #StanleyCup Final! pic.twitter.com/ScTEstehCy

The other player to look at is Ryan Reaves. He’s expendable, making $2.75 million on the cap next season. Instead of chasing Milan Lucic, Reaves would be a much better option from a cost standpoint.

The Tampa Bay Lightning don’t have an abundance of free agents to sign, but 23-year-old Brayden Point will likely eat up most of their remaining cap space.

Even looking ahead to the following year, the Lightning’s cap headaches aren’t about to end. They have Andrei Vasilevskiy, Mikhail Sergachev, Erik Cernak, Anthony Cirelli, and Mathieu Joseph up for new deals.

Alex Killorn of the @TBLightning scored the first goal of the 2019 #StanleyCup Playoffs. #NHLStats pic.twitter.com/CwWi6DEsTC

There are a couple of players that Washington could look to move on from. One is clearly Ryan Callahan. The Canucks have the cap space to eat the final year of his deal, and could pay his salary in exchange for taking on a draft pick.

Tampa also has forwards J.T. Miller, Ondrej Palat, Yanni Gourde, Tyler Johnson, and Alex Killorn all making between $4.45 and $5.3 million per season. Perhaps Tampa would deal Callahan and one of those forwards for someone with less term and money, such as Sven Baertschi or Nikolay Goldobin.

The Washington Capitals have been one of the busiest teams since the Stanley Cup Final wrapped up last week. They traded Matt Niskanen to the Philadelphia Flyers for Radko Gudas to shed some cap space. Then, they re-signed Carl Hagelin to a four-year contract.

It will be tight, but Washington could re-sign all of their notable remaining free agents and come in under the cap. One reason why they have to be wary now though is because both Nicklas Backstrom and Braden Holtby are up for contracts at the end of next season, meaning more salary will have to be dumped this time next year.

If the Canucks want to ease some of the Capitals headaches, one solution would be to target RFA Andre Burakovsky. He seemed to fall out of favour in Washington last season despite good underlying numbers. 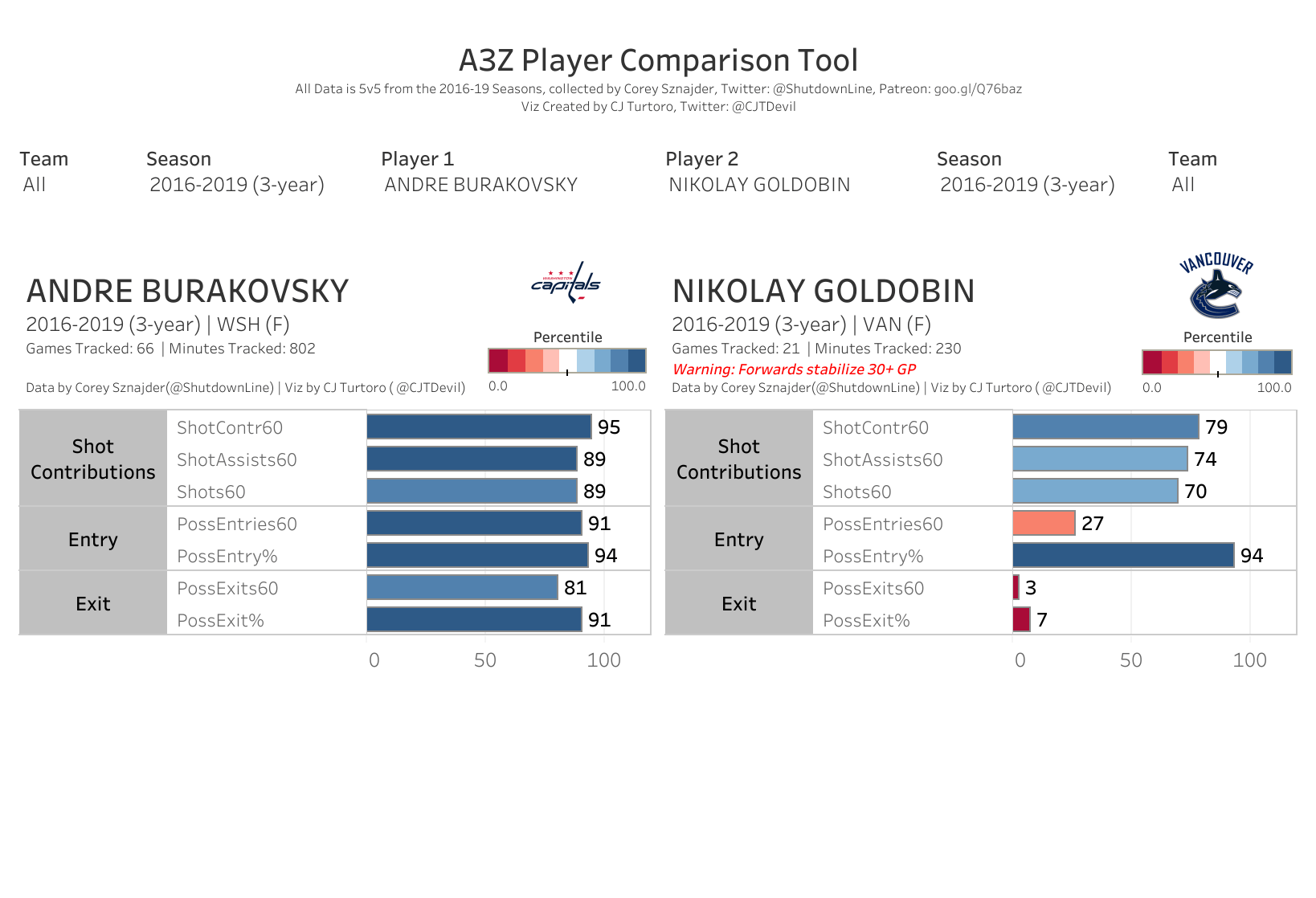 The Canucks could offer sheet him to a number beyond the Capitals reach. Jakub Vrana was an RFA forward who outperformed Burakovsky, so you’d imagine that he’s more of a priority for the Capitals. Therefore, signing Burakovsky to an offer sheet of $4.2 million (which would cost a second-round pick) would probably price him out of Washington.