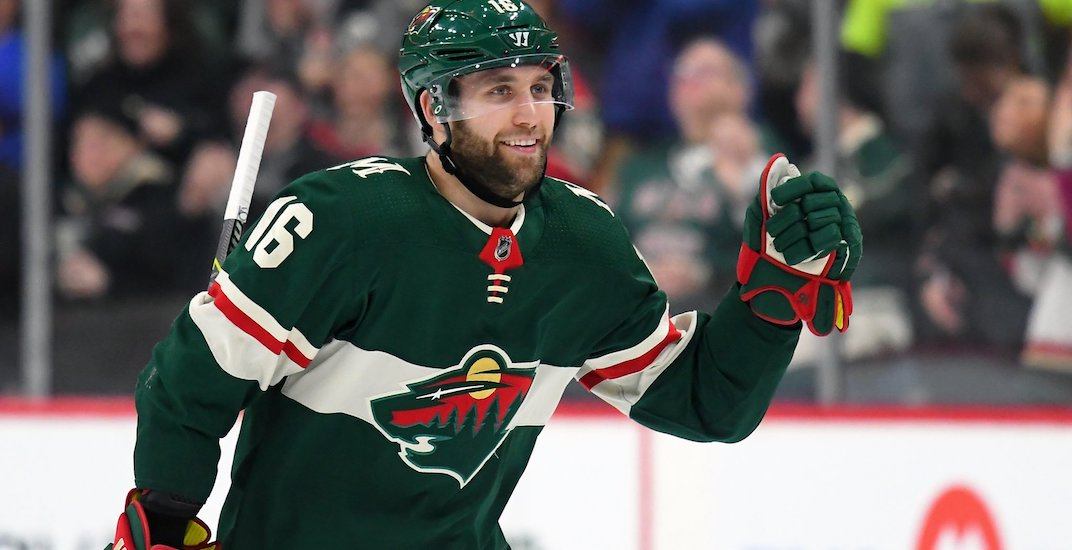 After a relatively quiet month of May, there’s been no shortage of juicy rumours surrounding the Vancouver Canucks this week.

With Alex Edler’s contract situation up in the air, the team is said to be interested in defencemen Tyler Myers and Jake Gardiner in free agency, as well as Maple Leafs blueliner Nikita Zaitsev in a possible trade. Nikita Tryamkin is also a name that has been mentioned, though he has one more year left on his contract in the KHL.

GM Jim Benning will undoubtedly try to improve his defence this summer, but he has also indicated a desire to add a top-six winger as well.

Perhaps Jason Zucker is a fit.

According to a report from TSN 1040’s Mike Halford, the Canucks are not only interested in the 27-year-old left winger, they’ve made multiple trade offers for him.

“I don’t have a lot of inside sources around the NHL, but on occasion, people will tell me things,” Halford said Wednesday morning. “If I feel like the person is useful enough and trustworthy enough, and a good source, I’ll relay it.”

Here’s what Halford’s source told him: “‘Mike, I’m hearing that Vancouver is all over Jason Zucker, there are multiple trade offers on the table.'”

Russo on MN radio says Jason Zucker has been shopped to CGY for Frolik/Bennett, PIT for Kessel, ARZ for Dvorak (turned down) – ARZ countered with Fischer, VGK for Marchessault, VAN for Boeser (VAN laughed and hung up).

The Wild are believed to be shopping Zucker, who was reportedly included as part of a deal for Phil Kessel before the Penguins winger nixed the trade. Zucker was also nearly dealt to the Calgary Flames at the trade deadline.

Zucker would instantly become the Canucks’ best left winger, and could pair with Bo Horvat to improve the second line, or combine with Elias Pettersson and Brock Boeser to bolster the top unit.

But Minnesota won’t give him away.

The Las Vegas native posted career highs in goals (33), assists (31), and points (64) during the 2017-18 season. Those numbers dipped last year, though his stat-line of 21 goals and 42 points would have ranked him fourth on the Canucks last season.

Zucker has four more years left on a contract that carries a $5.5 million cap hit. He also comes armed with a modified no-trade clause, in which he can submit a 10-team no-trade list.

Just who the Canucks have to trade that would interest Wild GM Paul Fenton is another question, though the name a few people are speculating on is Jake Virtanen, who turns 23 this summer.

After missing the playoffs last season with an ageing core, Minnesota needs to get younger.

Virtanen alone probably won’t get a deal done. The Canucks are thin on defence, which could complicate giving up a player like Ben Hutton. Would Thatcher Demko or Adam Gaudette be of interest? Perhaps, though getting older is something Benning should be wary of.