With the Olympics now over, the NHL resumes action on Tuesday and we turn our attention to the push towards the playoffs as well as the March 5th trade deadline. It’s no secret, general manager Mike Gillis needs to do something to improve the Canucks chances of bringing a Stanley Cup to Vancouver some day. This group, which came so close to winning it all in 2011, is no longer in a position to challenge for a cup as presently configured. They need to be retooled (not blown up) and that’s likely not going to come with trading only spare parts like Dale Weise.

The Canucks aren’t likely to be in a position to go after rental players like they did last year with Derek Roy, but also aren’t likely to “blow it up”. Nevertheless, there have been some rumblings that a big deal may be coming. Sportsnet’s Doug MacLean stated on the Team 1040 that his source said the Canucks are close to making a couple of big trades, with some names that might surprise you.

Here is a list of players with some value who Mike Gillis might consider moving before the March 5th trade deadline:

Rumoured to have been shopped but eventually not moved at the draft this past summer, Alex Edler has become a polarizing figure within the Canucks fans ranks. He can look like a defenceman that can put up points and deliver bone crushing hits, but can look also like Bambi on ice skates at times as well.

Do I want him to be traded: Yes

I honestly think that moving Edler for some young pieces is the right move to retool the franchise for next year. A rumoured deal of Tomas Tatar, Riley Sheahan and Brendan Smith was offered by Detroit for Edler at the draft and was declined by the Canucks. In hindsight, I take that deal (Tatar has 13 goals already this season, Sheahan has 11 points in 18 games and Smith is Detroit’s #5 defenceman). But given the GM Mike Gillis has stated multiple times that he will not ask players to waive his No Trade Clause (NTC), I don’t believe a deal happens (Gillis could always change his mind on that statement, of course). 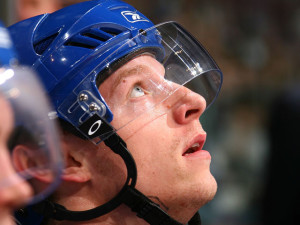 When John Tortorella took over as coach, I thought that Jannik Hansen would be a player that would flourish under the new system. Boy, was I wrong. Hansen just hasn’t quite fit into the Tortorella system and has taken a step back from last season. He is on pace for the worst year of his career.

Do I want him to be traded: Yes

Do I think he will be traded: Yes

In the way the Hansen has struggled under Tortorella, Chris Tanev has flourished. He has really stepped up to create a fantastic shutdown pair with Dan Hamhuis. When Tanev got injured prior to the Olympic break, the Canucks went into a tailspin. Tanev’s dependable play was a stabilizing factor throughout the entire roster. 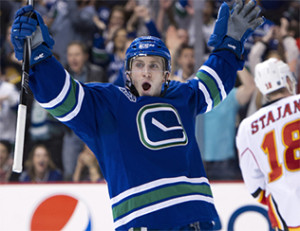 The curious case of Jordan Schroeder is reaching a critical point. The diminutive centre was a offensive superstar at the World Junior Championships (27 points in 19 games over three tournaments), and continued to put up respectable points in college and the AHL. So far, the offensive numbers are not translating to the NHL.

Do I think he will be traded: Yes (at the draft)

I am a huge Schroeder fan, but I just can’t see where he fits in the roster anymore. He has been tried at wing in the AHL and a handful of times in the NHL, but due to his small stature he isn’t well suited there. He needs to remain at centre, but with Henrik Sedin & Ryan Kesler occupying the top 2 centre spots, and Bo Horvat and Brendan Gaunce on the way to fight for the 3rd line centre role, there just isn’t a spot for Schroeder next season. Given this, I seeing him being moved at the draft to acquire another pick, or possibly to move up in the draft, as he will be needed this season for the Canucks to crawl to the finish line.

Kesler is a player that every other general manager in the league would love to get their hands on.

If the Vancouver Canucks are serious about rebuilding this roster with young players, then you move Ryan Kesler as he would garner a ransom in return. But by moving Kesler, the Vancouver Canucks would create a massive hole in their roster. Unless the Vancouver Canucks think that Bo Horvat can step into the NHL next season make a major impact, then I can’t see the Canucks moving Kesler at any time this year. Kesler has a no trade clause, so unless Kesler asks to be moved, it’s not going to happen (under Mike Gillis’ rule). Although, sometimes it’s nice to imagine what teams like Philadelphia, Dallas or the New York Islanders would offer for Kesler, it’s not likely to happen.

I don’t expect the Vancouver Canucks to make any major deals, but the last time I said that Cody Hodgson was traded. I will be glued to the TV for the majority of the coverage because even though the Canucks might not make a deal, it’s always fun to be an armchair GM and critique all the moves that the rest of the NHL makes.