Canucks head coach Willie Desjardins was lauded for his use of his bench this season. By giving all of his players a regular shift, he helped turn the Canucks into a 4-line team.

Desjardins also successfully lowered the average ice time of Henrik and Daniel Sedin by over 2 minutes each and it has helped them to stay fresh.

But fresh for what?

Willie Desjardins’ deployment of his best players so far in the first round series against the Flames has been puzzling. 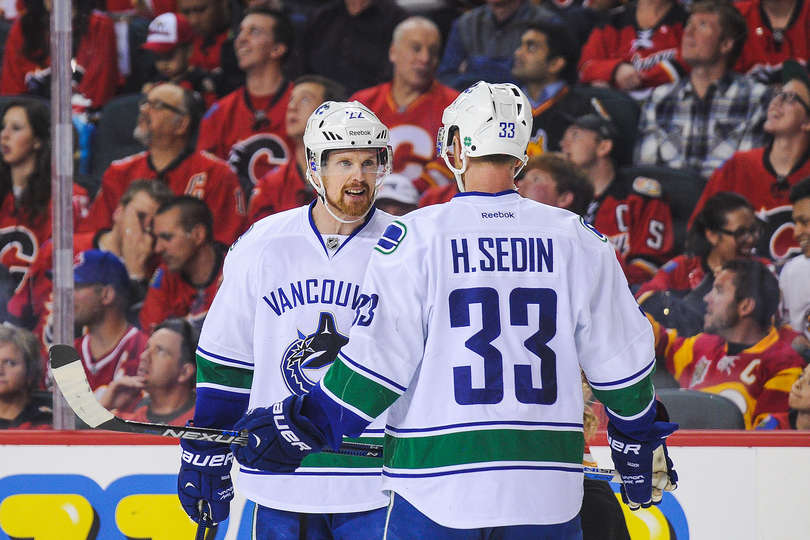 Despite not producing much on the scoreboard so far, the Canucks’ best players have been effective through three games. Henrik and Daniel Sedin have owned the puck in this series, ranking 1st and 4th in 5-on-5 Corsi-For in the NHL in the playoffs.

The Sedins have just 1 point each, which is not acceptable, but they are bound to put up points if they continue to own the puck. They might need a new linemate (hello Radim Vrbata), but they are creating good chances.

And that’s why they need to play more.

In the regular season, Henrik Sedin averaged 18:36 minutes of ice time and Daniel 18:21. Henrik played over 20 minutes 17 times this season, while Daniel broke the 20 minute mark on 14 occasions.

But in the playoffs, the Sedins have yet to play more than 18 minutes in a game. The Sedins are actually averaging almost 2 minutes fewer than they did in the regular season.

#Canucks WD on ice-time for Sedins: I'm not worried about. Everybody seems to be, but I'm not.'

Desjardins didn’t sound concerned about this at his press conference today, but he should be.

As long as Daniel and Henrik Sedin are at the top of their game, they need to be playing somewhere in the neighbourhood of 20 minutes.

Other than the obvious (why are Chris Higgins and Nick Bonino playing more than the Sedins?), perhaps the most puzzling part of these stats is the distribution of power play ice time, which is relatively even despite the fact that the Canucks’ second unit has been a black hole all season.

What about on D? 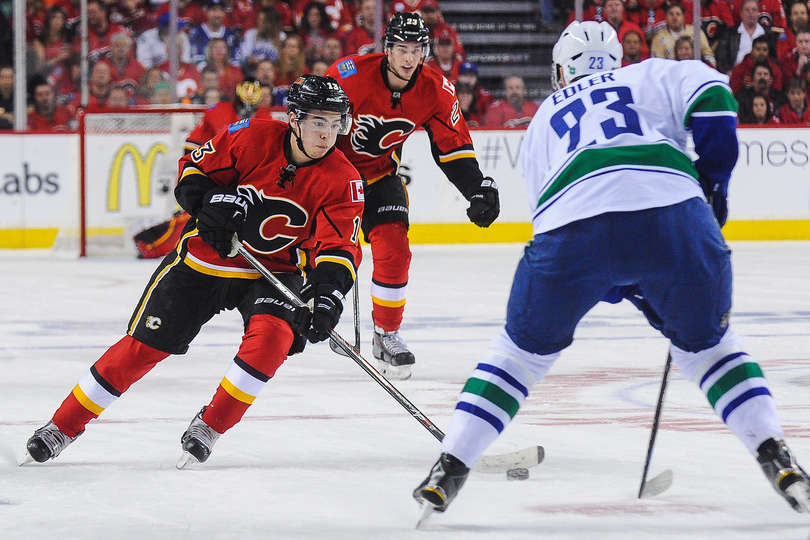 Meanwhile, on defence, Desjardins has kept ice time relatively even as well. Just like the Sedins, Alex Edler is playing than his regular season average.

Desjardins has played his top-6 defencemen rather evenly, which is in tune with what he has done most of this season. But the opening round series is proving that that may not be the best strategy.

The pairing of Kevin Bieksa and Luca Sbisa has been an adventure in their own zone and absolutely should be split up. Bieksa and Sbisa are both gun slingers and would benefit from a more conservative partner. It is time to reunite Bieksa with Dan Hamhuis, which would leave Sbisa to play with the much improved Yannick Weber. It’s also time to give more minutes to Edler and Chris Tanev.

Sometimes the best solution is the most obvious, and I think this is the case with the Canucks in this series. Their star players can and should play more.