Didn’t really know what to expect from this one.

The Kings were 0-2 before the game, meaning one of the following two would be proven true:

The Canucks won 3-0. They outshot the Kings 21-9 through the first two periods and going into the third up 2-0, they went into a defensive shell that AV would’ve been proud of.

Six of those 26 shots got through.

Four games into the season, the Canucks are sitting in second in the NHL behind only Montreal.

For those who don’t know, Jake Virtanen’s teammates are calling him Big Country.

This is what he said on playing for the Canucks in the pre-season:

“It was pretty surreal for me. I’m a hometown kid and I’m playing for the Canucks.”

Many, if not all Canucks fans didn’t want to see Jared McCann be the casualty to allow for Jake Virtanen’s NHL debut. The Canucks could’ve taken Sven Baertschi or Brandon Prust out of the lineup – McCann has more offensive abilities than either.

But you have look at the big picture when thinking about the two rookie forwards. The idea is to keep both around as long as possible, letting them have a feel for the big league, then allowing them to take a step back and reassess how they’re doing.

As soon as they’ve played in nine games, the Canucks will have to decide if they’re sticking around or heading back to Junior, so it makes sense to delay that day as long as possible.

You should also consider the level of trust Willie places in his rookie forwards, and how having too many in the lineup would force him into playing them. More on this later.

If you’re wondering about Ben Hutton’s status, Jim Benning was on the radio last week saying he doesn’t foresee Hutton going anywhere (not being on Canucks), “unless he really falls off or something.”

So at least we know Hutton’s sticking around.

SixPack friend @BuckFoston was lucky enough to be in California for both Canucks games. For all that effort, he got to see this happen live.

(This is what happens when you don’t let teammates talk to you before the game, Ryan Miller – the description tells the story better than the pictures).

Virty gets punked but miller didnt get the memo. Goes out and comes back in. #rookies #canucks pic.twitter.com/0UjoNQM6jf

Prior to warmup we ran into Rainer & Brigitte Virtanen. Proud parents all the way from Abbotsford, BC. #PlayForThis pic.twitter.com/Hzd4RXaCwX

Sportsnet interviewed the Virtanens during the game, but somehow everyone missed the guy acting like a fool right beside them. Everyone but the always insightful @BrowntoBure.

Apparently you all missed this during the interview with Virtanen’s Mom. Wtf? http://t.co/u8YO1NgcPZ

Just before the season began, TSN 1040 had Virtanen for an interview and they asked him if he likes hitting more than scoring goals. His answer told us a lot about how he works.

“Absolutely. I like being physical. It’s definitely a huge asset of my game. When I make a big hit or something, I feel like I energize the guys quite a bit.”

He lived up to his own hype, leading the Canucks with three hits on the night, though it felt like, and was probably, more.

And here’s one later on Alec Martinez.

He nearly scored on a pass from Brandon Sutter too.

For all Virtanen’s efforts – he wasn’t the second coming of Jack Eichel or anything, but he was solid and threatened around the net a bit through two – Virtanen was glued to the bench for the entire third period until the Canucks scored the finishing-move goal with less than three minutes left.

Willie sat him and Baertschi and pretty much ran three lines, showing he trusts Brandon Prust, Adam Cracknell and Derek Dorsett to put away a win a lot more than his new guys.

One day Jake’ll get that ice time, though. Just ask Horvat. Bo knows.

Ryan Miller was stellar on Monday, and on Tuesday against the Kings, he was more… solid.

He had a 15 save shutout, which is equivalent to the number of shots he often faces in one period.

Still, you can only stop the shots that come at you, and he stopped every single one.

Here’s a normal save.

Here’s a better save (with his head).

And here’s the best one, just because of the way he covered the bottom of the net and got across, Carey Price style.

Wyatt Arndt caught Miller’s attempt at celebrating with his teammates:

Bold move by the rookies Virtanen and Hutton to freeze out Miller in post game congratulations! pic.twitter.com/22aPaJUyCn

@BuckFoston_ caught Miller for a fist bump shortly after. Maybe he wasn’t too happy about the snub from the kids? 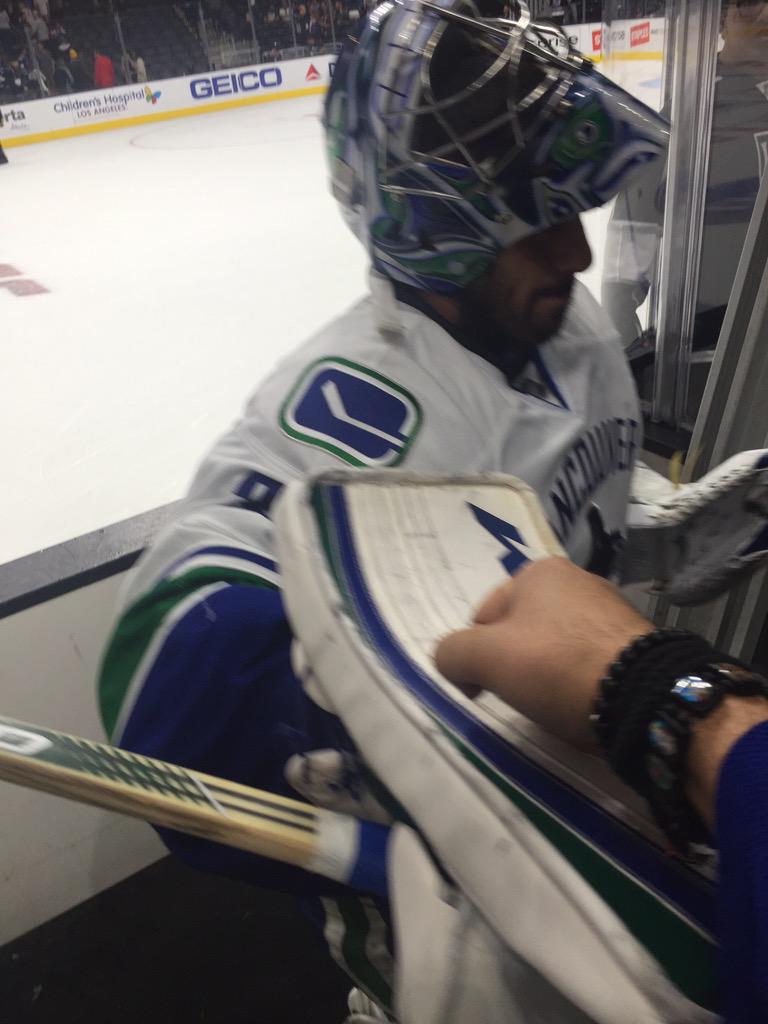 Prust didn’t fight Lucic, but he did fight not three minutes into the game. And this person might want to get tested for psychic powers.

Prust should fight that bastard Lucic tonight. And then probably sit on the bench for the rest of the game. #Canucks #Kings

This fan-of-little-belief thought it would all fall apart tonight. Looked good before the game.

When is the next time we will see the #Canucks atop the western conference? pic.twitter.com/PuVXh5V42b

Looks even better after:

Tron Funkinblow (@tron_funkinblow) – the fearless leader of the photoshap army – was learning to create gifs with his team during the game. In honour of this, I created a gif myself.

If you look really hard at this picture of the real Big Country, you’ll see the resemblance to Virtanen.

My attempt doesn’t even come close to this from Andrew (@squampton):

Sure we’ll see many more gifs from these guys as the year goes on.

Two things to leave you smiling today. First, a beautiful closeup of a Jannik Hansen breakaway. (You know how it ends. Don’t ask.)

And here’s Wyatt Arndt’s take on the Canucks’ boy band. (Their youth movement) 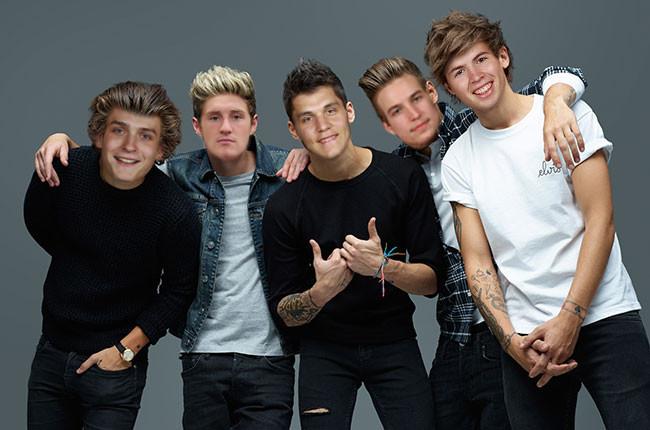 Note: huge thanks to Ryan Biech for the gifs in this post