Much like the Vancouver Canucks, I was unprepared tonight. I completely forgot I was on SixPack duty so instead of watching the game like a hawk trying to pick apart bad outlet passes and terrible shot attempts, I was drinking a beer, eating a steak, and screaming at the TV as the Ducks beat the Canucks 5-2.

So like a Sbisa pinch into the offensive zone, I am going to be scrambling to get back into position tonight. I am going to pray that since the team played so poorly, nobody will be too excited to read up on the game tomorrow.

Get your draft champagne bottles ready, the Canucks are heading back towards a top 5 pick! So while the enemy has changed from a spinning wheel of lies and poorly drawn numbers, to ping pong balls, to envelopes hastily put together in back rooms, the journey remains the same: Auston Matthews. 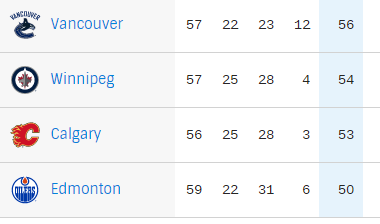 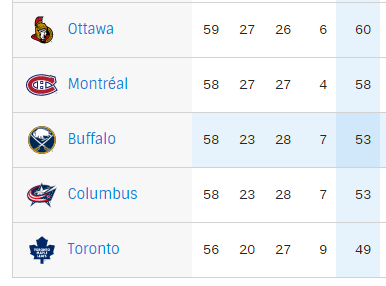 One week they’re talking playoffs, the next week draft position. Such is life in the Pacific.

In a match-up made for Auston Matthews-mania, the Canucks play the Flames tomorrow, in a contest of “who can pretend to win the best”. The main goal for everyone, of course, should be “Please don’t let Edmonton get the first overall pick yet again.”

Now, I know some people get upset at the idea of actually tanking. Nobody is suggesting that, say, someone like Hamhuis start putting pucks into his own net. Maybe just place them in the crease and see what happens?

Yes, exactly. Like that. Don’t score goals on your own goalie, just, you know, help them along. Goalanasia if you will.

If you’ll notice, Radim Vrbata floats by in that clip doing ABSOLUTELY NOTHING. He is being too obvious in his tanking and/or pouting. At least move your stick back and forth and pretend you might be trying to hook or something.

Jokes aside, the Canucks are rapidly approaching the trade deadline, which might end up being the biggest moment of the year for the Canucks. Do they trade veterans? Will said veterans agree to being traded? Will they even get decent value should they be traded? There are a lot of moving parts in this, and all we can do is wait and see how it plays out.

Yes, Ryan Kesler was back, yet again. He was “shocked” the fans still boo him (insert eye roll gif at your leisure). As it seems to happen with all Kesler games, he ended up on the highlight reel for a variety of reasons.

Ryan Kesler, as is his way, was upset that Jake Virtanen threw a bodycheck earlier in the game. Sadly for Kesler, he was unaware that eating 20 hot dogs a day, while bad for a beach body, makes you a mountain of a man to run into.

Kesler is gonna Kesler, though, and after he saw Virtanen skate away holding his shoulder after the hit, waved to him from his own bench.

There’s Kesler, eating ice during warmup. That would be the only solace to really take from the ongoing “Kesler vs Vancouver” saga from tonight’s game.

Although Kesler is so very good at playing the role of a villain, it’s always good to remember he does nice things off the ice on occasion. Cancer survivor Nevan Coburn, now twelve, was six when he started his battle for his health. He used Kesler’s hard work on the ice as motivation, not so much the telling Kelly he said hi part.

Still, it’s nice to know the impact NHL players can have, even those that antagonize us so.

Still, it was a banner night in ice time for Horvat as he ate up 21:31 seconds of it during the game. He also seemingly took every face off, winning 13 and losing 16 of them.

As has been the case often this year, Horvat’s Corsi wasn’t mind-blowing (-5 at even strength, but he was doing the heavy work in his own zone with a 30% zone start), but life can be tough in your own end when you’ve got a Radim Vrbata who looks like he’s completely given up on life.

That actually happened once, that is not photoshopped.

Now all we get is Vrbata making quick cameos in videos of goals against Ryan Miller.

Horvat had some good offensive chances tonight, as he and Baertschi continue to be one of the few exciting parts of any Canuck game recently. You also really kind of just want the team to stick Virtanen with those two and ride it out for the rest of the season to see what they’ve got.

Next year should be an interesting one when the Canucks have Sutter back and can relieve Bo of some of the defensive duties thrust upon him.

Although Edler has been missed, Dan Hamhuis has been stepping up and taking a lot of the minutes that normally would have gone to Alex.

And yes, while he is still prone to the own goal here or there, he’s also able to bust out impromptu slip and slide sessions:

So much fun that Tanev had to get involved!

Still, it’s good news for the Canucks that Hamhuis has been able to step back into the lineup and play so well.

They either keep him and he continues to try and tell Sbisa why passing the puck into your own slot is a bad thing, or he increases his trade value for the deadline.

There was a time when some people just HATED Baertschi. Heck, even the team had issues with his play. He was too perimeter. He wasn’t involved with the play enough. Didn’t have that compete level. Benning was being accused of having wasted yet another draft pick.

Since then, Baertschi has continued to shine with Bo Horvat. His play has picked up, and he is starting to showcase that offensive skill set he showed glimpses of early in the season. His agent no longer shows up in the middle of the night to have a “chat” with Benning.

Whether you want to attribute that to him finding his compete level (or insert your hockey terminology of choice here) is up to you, but regardless, Baertschi looks like a player that could easily score 20 goals next year in the NHL.

Which is pretty good for a 2nd round draft pick.

At the very least, hopefully it makes Calgary look dumb.

For those who watched the game on Sportsnet, you undoubtedly heard a duck caller going off throughout the game. At random points during the game, you would hear the high pitched wheez of a duck call going off. Over. And over. And over again.

Was this the source? I have to hope so. You don’t dress up like that and not come in without a duck whistle. I have to imagine it was him because that’s the one guy security couldn’t throw out.

“Why sir, this duck whistle is my phone. You see, because it calls other ducks.” 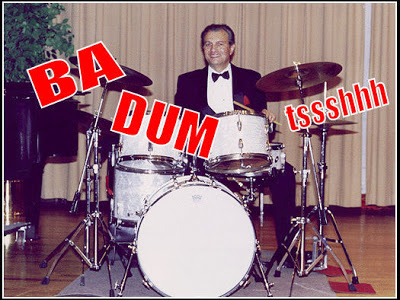 Anyhow, this guy was awful. It was bad enough the Canucks were losing, but then add the duck calls on top of it?? It was brutal.

To the jackass who brought the duck call to the #Canucks game: I will find you & ensure all your dreams will turn to ashes in your hands.

But then something funny happened. Along the way, that duck caller started winning over hearts.

How did he do this? By playing his damn duck whistle along to the tunes being played in Rogers Arena. And quite well, if we’re being honest. It stopped being a Canucks game and started being a “I wonder if this guy has the chops to play THAT song.”

Hey @sportsnetmurph, get the music guy at Rogers Arena to put on Darude – Sandstorm. Let's see what Duck Call Guy is made of. #Canucks

People began rallying around for the duck caller:

When the game ended, we no longer called the duck caller an enemy. No, he was now instead…our friend.

Is it time for the draft yet?