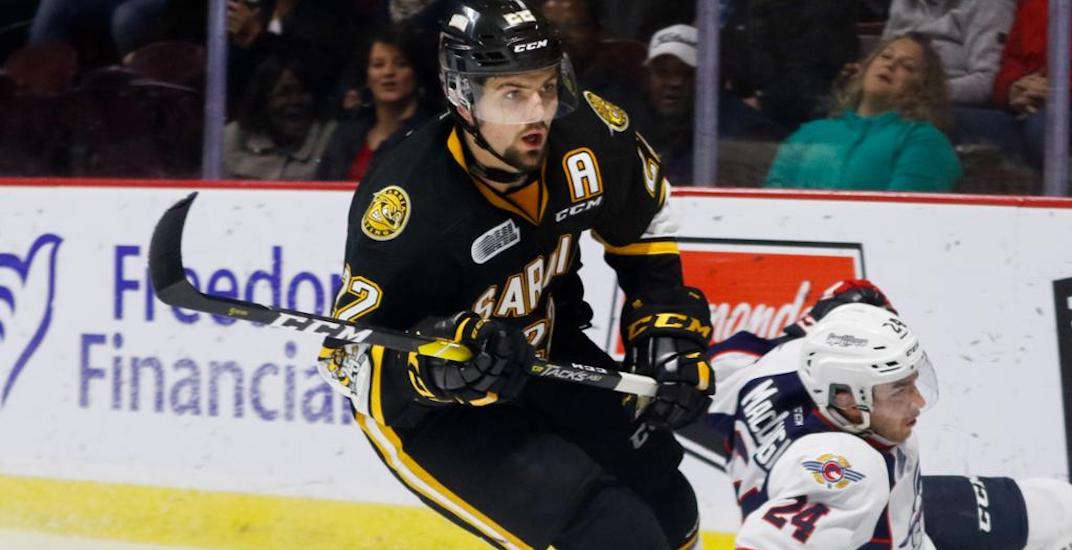 The Vancouver Canucks picked up a new player Friday afternoon.

#SIGNED! | Congratulations @mitch_eliot44 on signing an @NHL Entry Level Contract with the @Canucks!

A right-shot rearguard, Eliot served as captain of Team USA at the 2016 Ivan Hlinka Tournament before beginning his NCAA career.

After scoring just eight points in 61 college games, the 6-foot, 190-pound blueliner has filled the stat sheet this season. As an over-age player in junior, Eliot has 28 points (7-21-28) in 32 games, good for fifth in scoring among OHL defencemen.

A physical two-way defenceman that plays a structured competitive game. Smooth skating compliments his ability to control the puck at higher speeds. Displays a pretty hard shot and crisp tape-to-tape passing ability, but is actually relied on more in the defensive zone. Battles very hard for puck possession and sees the game in lanes. Very strong positionally and is poised in his own end. As he continues to grow, he will become a more well-rounded defenceman with each game, as he recognizes and learns from his mistakes. Can play long shifts.

Elliot is the son of former pro goaltender Darren Eliot, who played 89 games in the NHL and represented Canada at the Olympics in the 1980s.

The young defenceman will turn pro next season, most likely with the Canucks’ AHL affiliate in Utica.