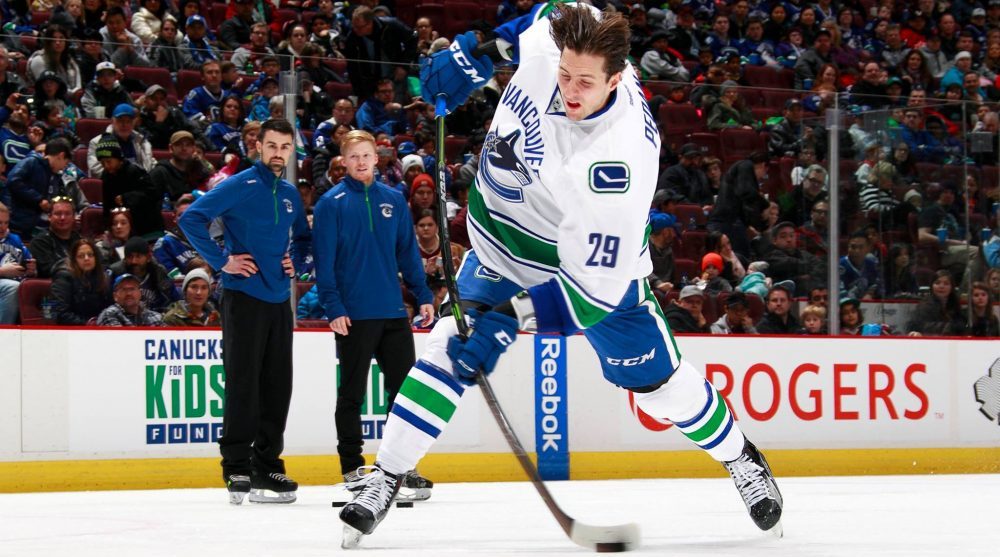 The Vancouver Canucks have re-signed defenceman Andrey Pedan to a new contract, with his agent Dan Milstein first spilling the beans on Twitter.

The contract is reportedly a two-way deal, with the pending RFA earning $750,000 at the NHL level. That’s a $50,000 raise from his current contract which expires on July 1.

“Andrey had a good season in Utica and we’re pleased to re-sign him,” Canucks GM Jim Benning said through a media release. “He adds depth to our defence and his speed, size, and physicality gives our coaching staff more options to compete every night.”

The 6-foot-5 Lithuanian-born defenceman will enter his fourth season with the Canucks organization, after being acquired for a third-round pick back in 2014.

Last season has to be classified as a disappointment for the 23-year-old blueliner. After appearing in 13 NHL games the year prior, Pedan failed to make the big club out of training camp. He cleared waivers, proceeding to play the entirety of the 2016-17 season with Vancouver’s AHL affiliate in Utica.

With Nikita Tryamkin gone to play in Russia, there could be more opportunity for the physical blueliner. It’s make-or-break time for Pedan, if that moment hasn’t passed already, given that he turns 24 this summer.

Pedan will need to clear waivers to be sent to Utica once again this season. A good showing in preseason could earn him a spot on another NHL roster if he doesn’t catch the eye of new head coach Travis Green, who knows him very well.