Saturday’s Vancouver-San Jose game was like an episode of the X-Files. It was unrealistic, far-fetched, and about supernatural occurrences.

The Canucks had a 2-1 lead in the second period and they had that same lead going into the third.

Then the expected happened, and the Sharks tied it up.

But then – as unrealistic as Vancouver being unable to trade one of the best defencemen on the block – the Canucks scored the next goal and ended up with a 4-2 win.

How’d they do it? Three power play goals and an empty netter to ice it. They were outplayed at even strength, with Corsi showing 41-23 Sharks.

It was a fun game to watch, mainly because San Jose has a ton of big, skilled players.

And this should be a fun SixPack.

1. Willie gets the vote of confidence

The Province’s Ben Kuzma created a stir sending out a bunch of tweets on Willie’s future before the game.

Linden on Desjardins: “There’s no reason to consider a change. The rookies have made steps. Nothing is perfect. We’ve seen improvement.”

Linden said he’s happy with the entire #Canucks coaching staff and doesn’t see any changes being made.

If you read every SixPack and you recall how this year’s gone, you know we’ve been critical of Willie’s failure to use TV timeouts to his advantage – often continuing with his four-line rotation instead of double shifting his top scorers.

His unwillingness to alter the 3-on-3 OT lines until the Canucks were seven losses in was another mind boggling tactical choice.

Over the course of the season, all these small choices add up, and if Vancouver had just four more regulation wins right now, they’d be in that final wild card spot.

During Saturday’s game, with Henrik injured halfway through the first period, Willie had to make some choices. Which of his centres would take over on the top line, how would the ice time be divided for the rest of the game?

I was at a loss to explain it. Luckily my followers cleared it up

@omarcanuck Because he played for Medicine Hat in junior and McCann didn’t. #WillieLogic

Good answer, but CoppeR’s vying to become a member of the Spotlight team with this investigative journalism.

I asked the people how they felt about Linden’s vote of confidence in Willie.

Some don’t think it matters.

@omarcanuck @benkuzma absolutely. He’s not the problem right now. Coach is almost irrelevant at a time like this. Bigger fish to fry

While others were not so positive.

@omarcanuck if we want to tank for a second year

@omarcanuck Great, another 15-18 losses when leading in the third next year.

Before we go on, a brief interlude, featuring a random corner where nothing’s happening.

“You know what I love guys?”

Back to the game, who is this guy and what’s he done with Sven Baertschi?

Since Baertschi started putting up some points, he’s been playing with confidence, stickhandling through opponents, and pulling sick dangles. But this, this is legit power-forward stuff. He holds off Patrick Marleau to drag the puck into the Sharks zone before passing it off.

I’m still thinking it’s an impostor, to be honest.

Another big reason the Canucks won, aside from the power play – Jacob Markstrom.

Check out this save on Marleau (Marleau being the victim of all our gifs… coincidence?). 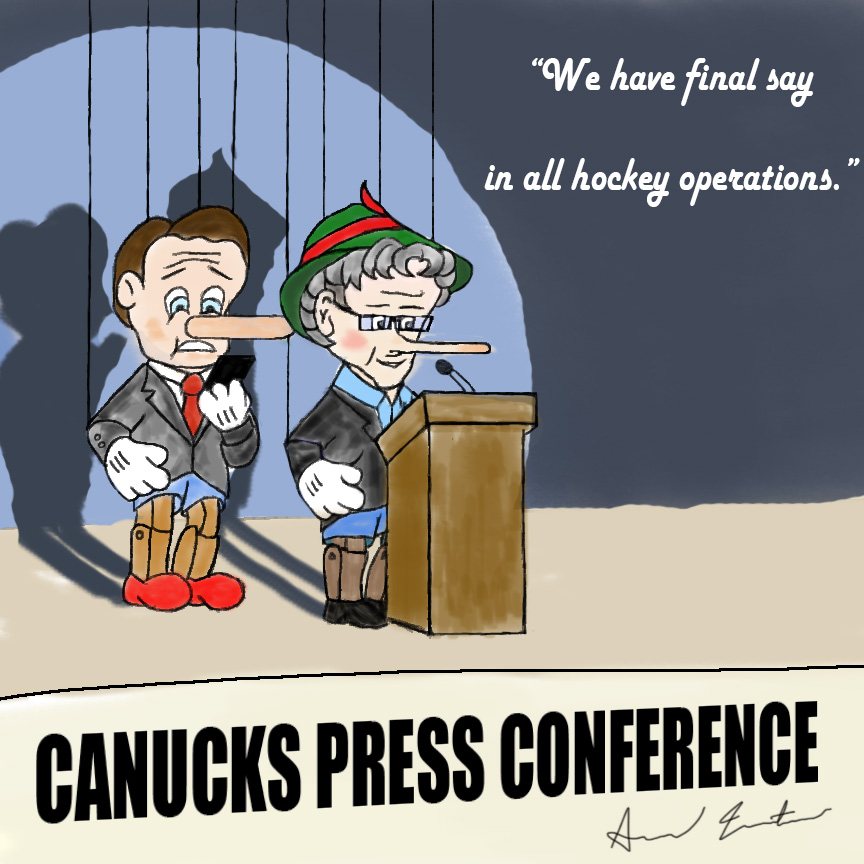 First, good job on the cartoon. Linden looks like he’s 60, but that’s cool. (I think he’s the one with the curly, grey hair, but I’m not really sure).

At Friday’s town hall meeting, Linden said he has full autonomy to make all decisions. Believe what you want, but the comment felt genuine to me.

“Final say” is different. That’s the person who signs off and has veto power, should he choose to exercise it. We know Linden calls his boss when he has something big in the works – he’s said as much.

Still, if there was a strong message out of the town hall, it was that the team’s vision and direction is coming from Trevor Linden and Jim Benning.

To be clearer – the desire to make the playoffs is not only owner driven. I’m not going to say the Aquilini’s don’t want playoff games and the revenue it brings in, but from listening to Jim Benning speak (and he wasn’t holding anything back Friday), you can tell he doesn’t care to be uncompetitive to gain a high draft pick.

Both Benning and Linden believe that in order to develop players, they need to be in a competitive environment. This is why they want Vancouver’s farm system to stay in Utica – Linden said the passion of the fans there makes players accountable – and why one round of playoff games is better than none at all.

They might have a point – playing under pressure is good for players, but putting it ahead of having elite talent on the team?

Feels misguided to me.

Someone posted this full list of players who’ve come in and out of the Canucks organization on Reddit.

Things to think about:

Think about that for a second. Know who the Canucks foundational pieces are?

The Sedins and Chris Tanev, and possibly Alex Edler. (Alex Burrows were part of this group, but may be past his best).

Those are “foundational pieces” because they’re core players. All others are replaceable.

The fact Benning and Linden place so much importance on Dorsett is frightening. He may be many things – a good mentor, teacher, protector of teammates – but a foundational player?

That might be one of the scariest things I’ve heard this management group say.

One more thought: with the youth movement coming, the Canucks had to move players to make room this past year. Now, considering last year’s roster, would Vancouver not have been better off with Brad Richardson and Shawn Matthias playing depth roles to start the year, rather than Brandon Prust and Derek Dorsett?

To quote Jim Benning: those are the guys you win with.

I get using your name to sell products – it’s worked pretty well for Donald Trump – but I don’t get this (from Reddit). 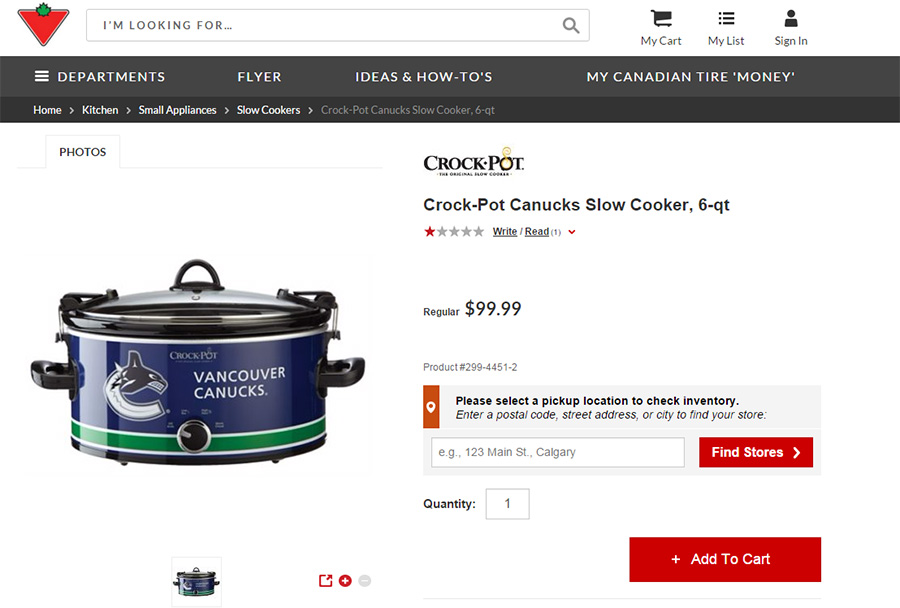 Going after the middle aged housewife bracket… is this Francesco Aquilini’s idea?

Now that you’ve read all that, I’d recommend you put aside 20 minutes, sit down and enjoy this documentary.

It’ll move you and it’ll probably make you cry.

Note: Thanks to Ryan Biech for his bad-ass gifs