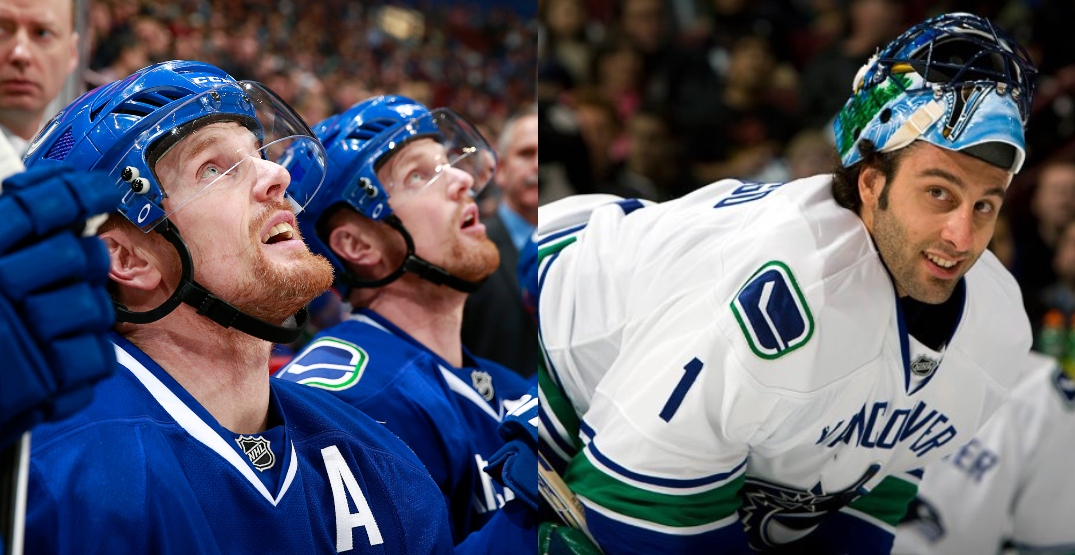 Henrik and Daniel Sedin were drafted together, retired together, and now they’ll skate into the Hockey Hall of Fame side-by-side.

But they’re not the only Vancouver Canucks legends getting hockey’s highest honour.

Longtime teammate Roberto Luongo has also been named to the 2022 Hall of Fame class. They’ll be formally inducted later this year.

Mike Gartner, chair of the selection committee, made the announcement from the Hockey Hall of Fame in Toronto.

Prior to today’s announcement, just five former Canucks had been named to the Hall of Fame as players: Pavel Bure, Igor Larionov, Mark Messier, Cam Neely, and Mats Sundin.

The Sedins will be the first players to play their entire careers with the Canucks to be inducted into the Hall of Fame.

The twin brothers rank first or second in many all-time Canucks statistical categories. Henrik ranks first all-time in Canucks history in points (1,070) and assists (830), while Daniel is first in goals (393), and second in both assists (648) and points (1,041).

“I’m really proud of this special recognition,” said Daniel Sedin. “My brother and I came into the league together and to go in with him is extra special.”

“I had a lot of pride playing in Vancouver and am lucky to have had the support of so many great teammates and coaches,” said Henrik Sedin. “I would like to thank the fans, and everyone associated with the Canucks organization.”

Luongo didn’t play his entire career in Vancouver but is the best goaltender in franchise history. In 448 career games with the Canucks, Luongo ranks first in wins (252) and save percentage (.919) among goalies that played at least 100 games.

Just three goalies in NHL history (Martin Brodeur, Patrick Roy, and Marc-Andre Fleury) have more wins than Luongo (489) compiled in his career with the Canucks, Panthers, and Islanders. Luongo was a Vezina Trophy finalist three times (2004, 2007, 2011), and runner-up to the Hart Trophy after his first season with the Canucks in 2006-07.

“This is an unbelievable honour and I am grateful to be inducted,” said Luongo. “I grew up playing the sport I love and to be included in such elite company is beyond my expectations.”

Luongo is one of just three goalies ever to play over 1,000 games and sits behind only Dominik Hasek in career save percentage among netminders that played over 600 games.

While the Sedins and Luongo never won a Stanley Cup, they did win Olympic gold medals, as did Alfredsson. Luongo won gold twice for Canada, in 2010 and 2014. The Sedins and Alfredsson won gold for Sweden in 2006.

The Hockey Hall of Fame has announced its Class of 2022: