Hockey season is finally back!

The main camp for the Vancouver Canucks is starting up in less than a week, and preseason hockey kicks in shortly after.

Before that though, some of the team’s young guns will get a chance to showcase their skills at the annual Young Stars Tournament in Penticton this weekend.

#Canucks Young Stars on the ice in Penticton getting some practice time before the tournament begins tomorrow. Hear the games on #SN650! pic.twitter.com/g2ad1M02ct

In a refreshing twist, the Canucks actually have a solid lineup of prospects for this tournament. Narrowing the list down to five was no easy task, and that’s without Elias Pettersson and Jonathan Dahlen in the mix.

Dahlen is sick with mono, while Pettersson is already playing pro games in the Swedish Hockey League.

With that, let’s take a look at five Canucks to keep an eye on at this year’s tournament. 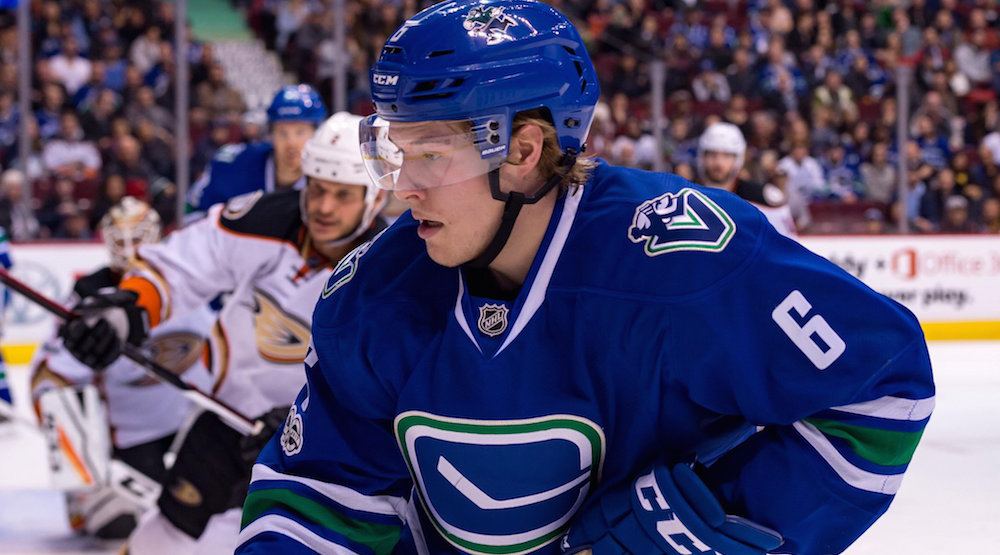 Above all, everyone wants to see Brock Boeser play hockey right now.

Many expect the 20-year-old winger to make the jump to the NHL full-time this season after scoring four goals in nine games at the end of last season.

Boeser went 23rd overall in the crazy-talented 2015 draft class, and has done well to rise his stock after a pair of successful college seasons.

Considering his expectations to play in the NHL, Boeser should be a dominant force for the Canucks in this tournament. 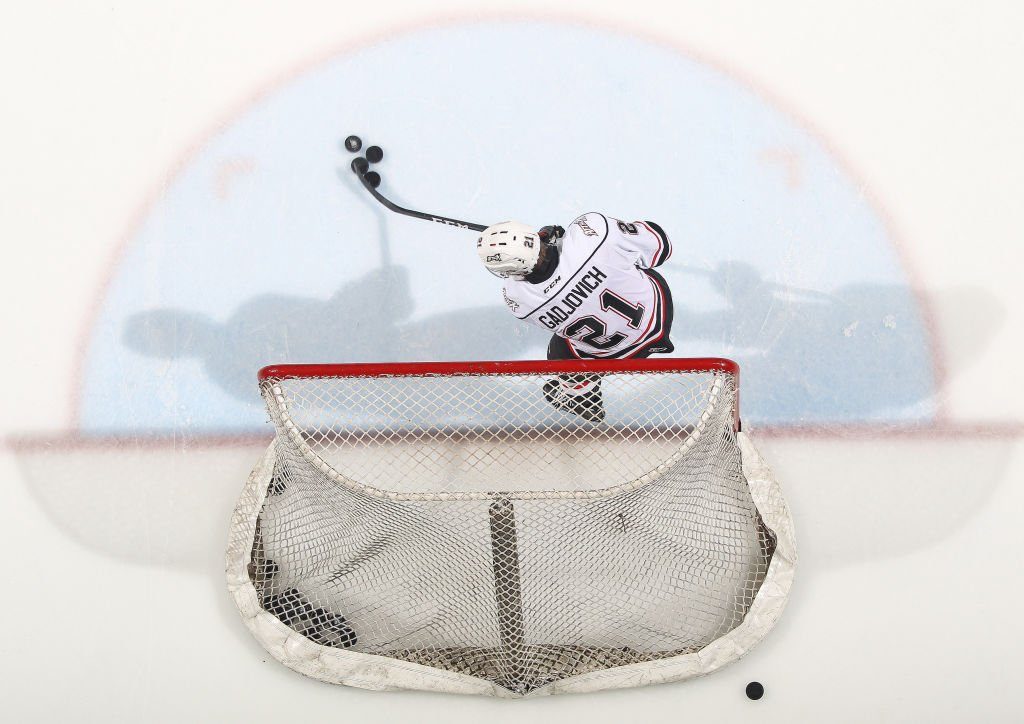 Canucks fans won’t get to see their first round pick from this past draft in the tournament, but the pair of forwards drafted in the second round will both be in the lineup.

Though Kole Lind was drafted first, Jonah Gadjovich is a very intriguing pick. He’s a true power forward, and his combination of size, skill, and a hard nose for the net would be highly coveted.

#Canucks prospect Jonah Gadjovich bats the puck in off his own rebound – Canada down 6-5#WJSS pic.twitter.com/cmRYHW8PCJ

Gadjovich had an impressive 46 goals in 60 games in the OHL last season, most of them coming from within a few feet of the net. He’s 6-foot-2 and already 210 pounds as an 18-year-old, look for him to wreak havoc in front of the opposing team’s goal and on the boards.

Olli Juolevi – the Canucks’ top defensive prospect – seems to spark controversy among fans when brought up. After being picked fifth overall in 2016, some felt Juolevi flatlined last season.

By the numbers, he did anyway. It didn’t help that the player picked after him, Matt Tkachuk, went on to have a 48-point rookie campaign with Calgary.

Juolevi was never meant to be the sexy pick. He doesn’t have an elite shot or dazzling stick handling abilities. What makes him effective is his elite hockey IQ, active stick, and good breakout pass. Think Dan Hamhuis.

Those are skills that tend to translate well into the professional game, and Juolevi has also been putting on some weight this summer.

As far as this tournament goes, Juolevi should be a leader and minute-muncher on the Canucks blueline, so there should be lots of opportunity to see how much he’s progressed. 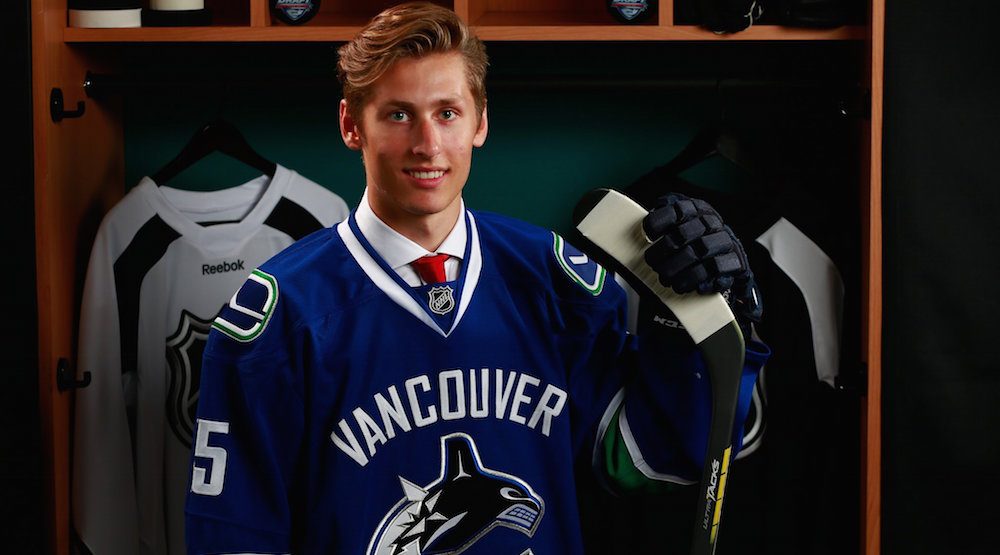 A bit of an off-the-board player to watch at the Young Stars tournament is 20-year-old Guillaume Brisebois.

The 6-foot-3, two-way defenceman was drafted in the third round by the Canucks in 2015, using the pick acquired for Eddie Lack.

Brisebois started his junior career with Acadie-Bathurst Titan – one of the worst teams in the QMJHL. He was traded to the Charlottetown Islanders (a far better team) prior to last season and, as expected, his numbers shot up.

One unique and impressive thing about Brisebois is that he has been a team captain for three full junior seasons. He was captain for his last two years with the Titan, and was then named captain of the Charlottetown Islanders despite it being his first season there.

Brisebois will likely head to Utica for his first season of pro hockey this year. 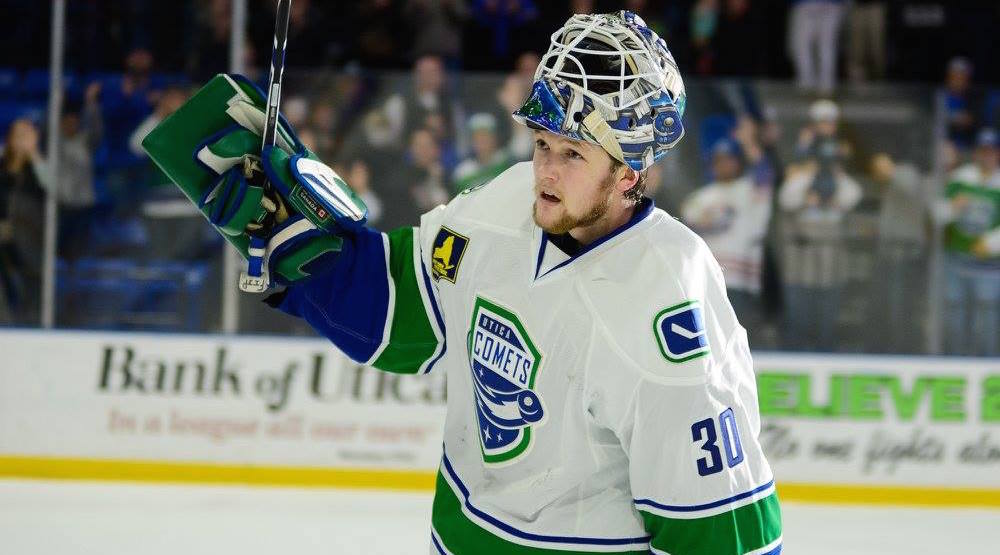 The Canucks may have drafted goalie Michael DiPietro last June but make no mistake, Thatcher Demko is still the top goaltending prospect in the organization.

Some might point to his .907 save percentage last season as a reason to worry, but context is needed there. He was playing his first season against pro shooters on a team that dealt with tons of injuries and call-ups.

He battled through adversity and growing pains, ultimately ending the season on a pretty spectacular stretch.

The Canucks youngsters will take on the Winnipeg Jets on Friday (7:30 pm), followed up by the Calgary Flames on Sunday (2 pm), and the Edmonton Oilers on Monday (2 pm). All games will be streamed on Canucks.com.

Here’s a look at the full 25-man roster: 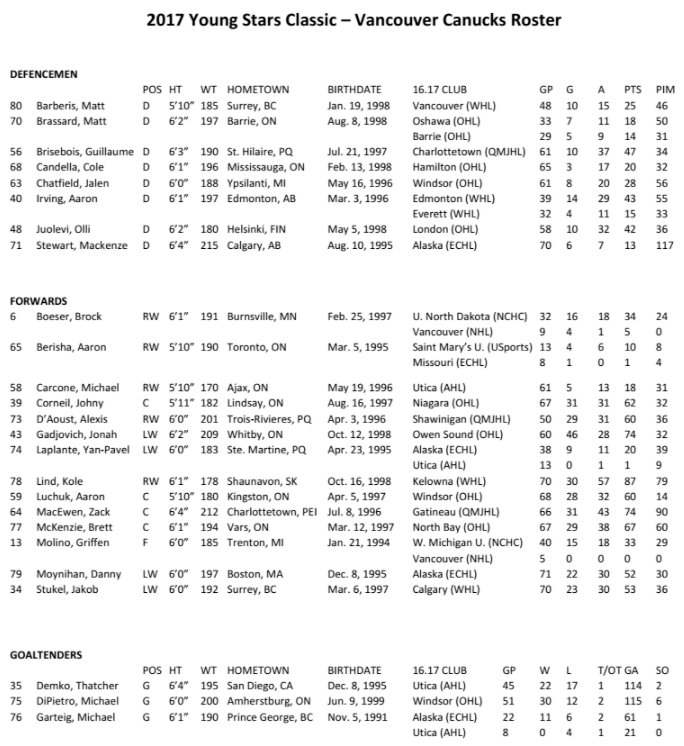