With Ben Hutton, Jared McCann, and Jake Virtanen all playing in the NHL already, you’d think the Canucks prospect pool might be lacking. Well, you’d be wrong.

GM Jim Benning has done a great job of accumulating talent through his own draft picks and retaining/developing some of previous GM Mike Gillis’ recent picks.

This month’s report has a bit of a goaltending theme to it, as we take a look at top goaltending prospect Thatcher Demko, as well as defenceman Guillaume Brisebois, who will forever be linked to former Canucks goaltender Eddie Lack. Lastly, we’ll look at Jordan Subban, whose brother Malcolm is a goaltender in the Boston Bruins organization (you may have also heard of his older brother that plays for Montreal). 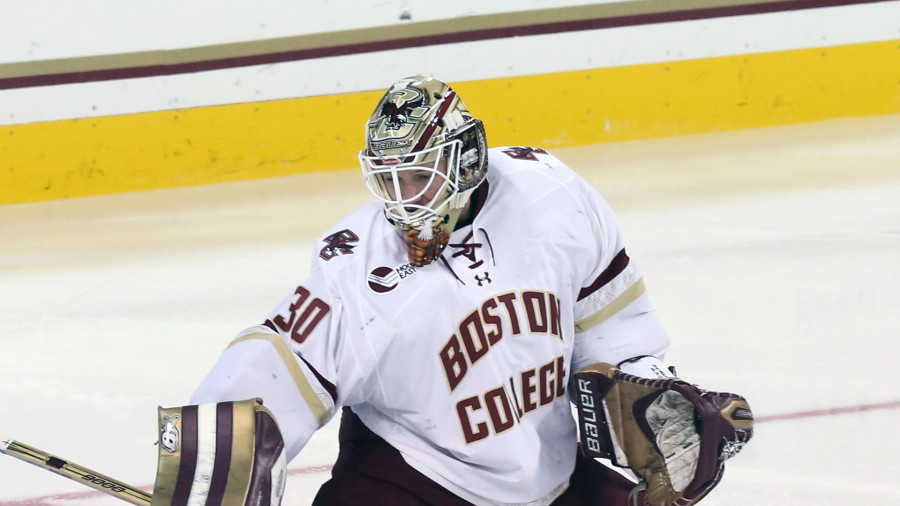 Last month, I profiled Thatcher Demko after his three-game shutout streak thinking that it was an impressive feat that likely won’t be repeated. I was wrong. After giving up three goals to University of Denver on October 30th, Demko posted another three straight shutouts.

To say that Demko has been impressive this season is a gross understatement. He has been downright dominant. Demko is currently on a 11-game winning streak which dates back to October 11th and has only given up a total of 16 goals on 338 shots while leading Boston College to their best start in school history.

Boston College is now ranked 2nd in the most recent NCAA and USO coach polls and look to challenge for the NCAA Championship this year after falling in the regional semifinals last year.

Goaltenders usually take a long time to develop and there is no guarantee that success seen in the CHL or NCAA will translate to the pro ranks. But Demko does seem to have all the tools to make it and succeed at the next level.

So when will Demko turn pro?

At this point, there are too many variables to give an accurate answer, so we are left to speculate. If Boston College is successful in making the ‘Frozen Four’ for the NCAA Championship, then the chances of Demko turning pro after this season would likely increase as there won’t be much left for him to accomplish at the college level. But if Boston College misses out on the title, he may want to return for his senior year to win it all.

With that being said, for the moment Canucks fans should just enjoy their prospect being one of the best goaltenders prospects in the hockey world.

You will be able to see Demko on TSN in the new year:

Two #BCEagles games'll be broadcast on @TSN_Sports: @TerrierHockey at BC on Jan 15 and BC vs. Harvard in first round of the Beanpot (Feb 1) 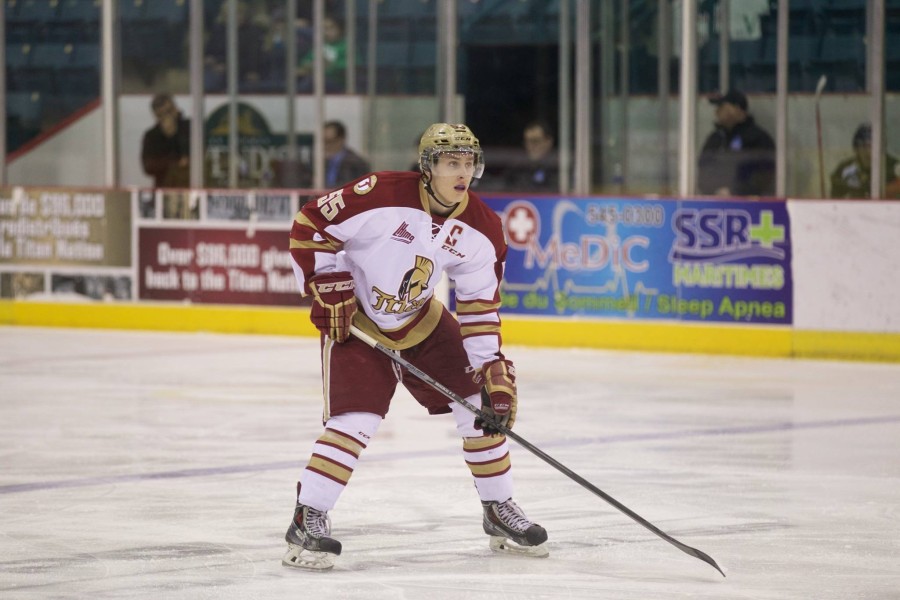 Guillaume Brisebois was the player selected with the draft pick that the Canucks acquired in the Eddie Lack trade, so he’s a little more under the microscope for Canucks fans than your typical 3rd round pick.

Brisebois had a rough start to his QMJHL season with only 3 points in his 15 games, which included a -5 game against Halifax. But it appears that he has turned his season around with 7 points in 11 games during the month of November. This streak includes some pretty nice goals, like this goal against Moncton on Sunday:

And this end to end rush on November 3rd against Blainville-Boisbriand:

Ignoring the awful defensive plays by Moncton and Blainville-Boisbriand, those are both great goals that show off the recent 3rd round pick’s skillset and confidence. Last season, Acadie-Bathurst’s offence was anemic at best, so Brisebois’ point totals didn’t really jump off the page. But this season the Titans’ offence has been better and Brisebois has cashed in. Given that Brisebois plays quite a bit, he should be able to improve on last year’s offensive numbers.

The St. Hilaire native represented the QMJHL in the Subway Super Series against Russia on November 17 and 19, finishing a -2. He is highly unlikely to be invited to the Team Canada World Juniors training camp this year, but may be in the conversation next year as a depth defender.

Brisebois is likely years away from making an impact for the Canucks but if the last 8 games are an indication, Vancouver may have a good two-way defender on the way. 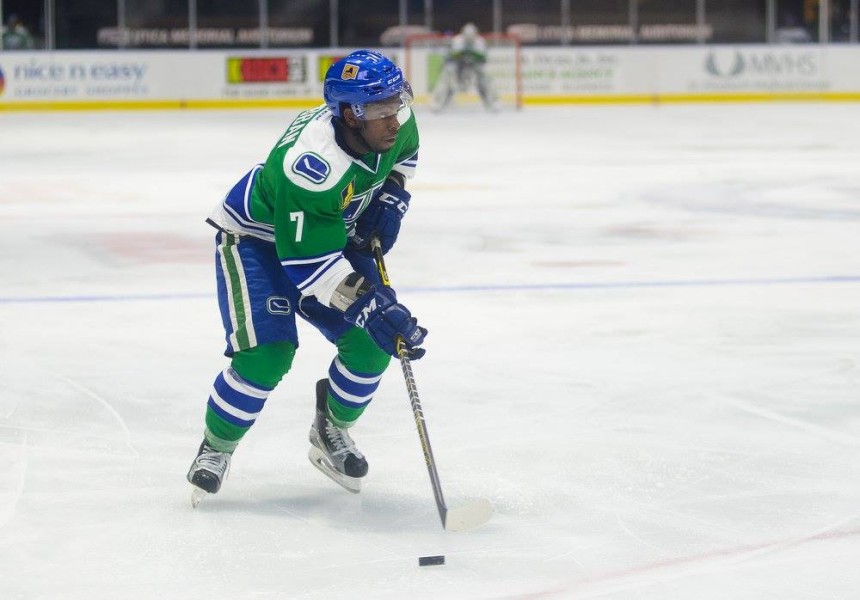 Jordan Subban has been good for Comets to start the year, despite being healthy scratched five times. The rookie pro was the victim of a numbers game with the Comets rather than Subban’s play specifically.

“You’re never going to change his size,” Green said. “So you can say size is an issue or you can say he’s got to learn how to defend with his size.”

For what it’s worth, Green isn’t particularly worried about Subban’s size impacting his ability to make it to the NHL level.

“He’s probably been our most improved player since the start of the year,” Green said. “We’re trying to give him a little more in each game without giving him too much. With [recent Canucks callup] Alex Biega being out now he’s going to get some more minutes and I’m anxious to see how he handles it.”

As Green states, Subban will need to learn how to defend with his smaller stature, which he has been working on regularly with an active stick and good skating abilities to avoid getting himself in trouble. Regardless, Subban is a serious threat on the power play for the Comets, which was demonstrated with a pair of power play assists on Sunday.

Although the video probably isn’t the best display of the former 4th round pick’s skillset, it illustrates his hard shot on the first goal and the ability to move the puck to an open Shinkaruk, who rips it home for the second one.

With Andrey Pedan up with the Canucks, Subban should be able to regularly draw into the lineup and build on what has already been an impressive start to his rookie season in the AHL.

As we enter the middle part of the hockey season, it will be fascinating to see which Canucks prospects will take a step forward. Demko, Brisebois and Subban have already started their strong play and will look to make more noise as the season progresses. Regardless, it’s great to see some of the possible future building blocks having great starts to their respective seasons.