As the Canucks prepare to embark on their toughest road trip so far this season, now is a good time to see that there is hope and promise in the pipelines! It’s time for the Vancity Buzz Prospect Report.

It won’t be all doom and gloom if the Canucks have a rough showing on this California road trip because for the first time in years, the Canucks have a plethora of good prospects. This month will feature Bo Horvat, Jake Virtanen, Jared McCann and Cole Cassels. 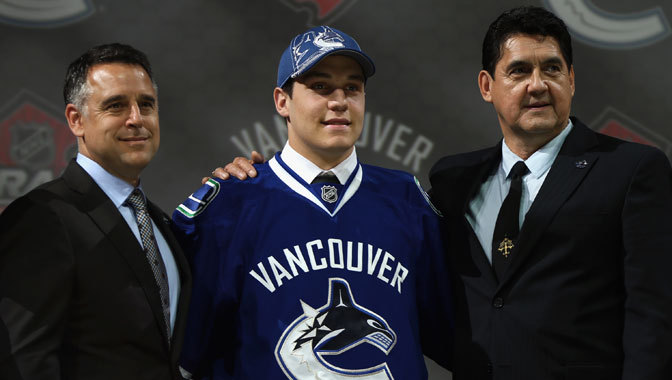 Widely regarded as too good for junior hockey, but not quite good enough for the NHL, the Canucks have found themselves stuck with a decision on what to do with Horvat. Bo was expected to challenge for a bottom 6 spot in the NHL this season, but was injured in the preseason and hasn’t seen the NHL yet.

Once he recovered, he was assigned to Utica for a two-week conditioning stint, where he put up 0 points. Although he never looked out of place in the AHL,but he didn’t exactly excel either.

Horvat was called up from Utica on Sunday and should get into regular season NHL action for the Canucks during their road trip through Colorado and California.

I expect them to place him into the lineup here and there throughout the fall, and then loan him to Team Canada for the World Juniors in December. After that, your guess is as good as mine. I believe that Bo would succeed in a third line role with two defensive responsible veterans like Higgins and Hansen. But if the Canucks do that, then the hopes of making the playoffs may take a hit as they suffer through the teenager’s learning curve.However given the Canucks can’t win a faceoff right now (29th in the NHL in faceoff percentage), I think adding Bo to the lineup is worth the risk.

Either way, expect Horvat to have a long and solid career with the Canucks as a responsible two-way centre.

The eagerly anticipated return of Canucks 2014 first round pick Jake Virtanen happened on October 24th, and as you can see from the youtube video above, he isn’t going to ease into the season. Virtanen shoulder surgery just prior to when the Canucks selected him 6th overall in June, so he was unable to participate in the Young Stars tournament or take contact throughout all of Canucks training camp.

At the time of the selection, I wasn’t excited about Virtanen, but over the course of the summer I watched quite a bit of Calgary Hitman games and noticed Virtanen almost every game. So my opinion on the selection has changed to being optimistic about him. Virtanen is not simply a pure a goal scorer, he plays with an edge and loves to hit. This tenacity, speed and shot should help Virtanen to translate his game to the next level. 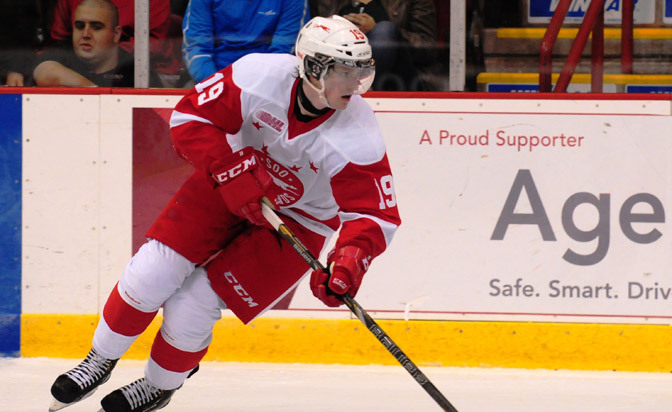 Jared McCann hoped to come to the Young Stars Tournament and show the 23 teams that passed over him in the draft, that they had made a mistake. Unfortunately before the tournament even began, he was diagnosed with mononucleosis. He missed all of the prospects camp and training camp before being assigned back to the Sault St Marie Greyhounds of the OHL.

McCann missed the first four games of the OHL season, but since his return has been playing some solid two-way hockey, and currently sits at 15 points. This year will be huge for McCann to show that he isn’t just a two-way centre, but can also establish himself as a leader offensively and in the locker room.

At this point, McCann is a long shot to make Team Canada for the World Juniors, but he was recently added to the Subway Super Series roster for the OHL. With a good showing at the Super Series, he maybe able to get himself an invite to the Team Canada evaluation camp. 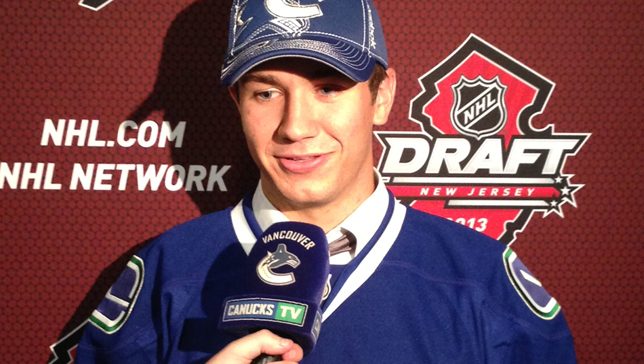 I went to Penticton for the Young Stars tournament in September with hopes of seeing one player in particular, and that was Cole Cassels. A standout at Young Stars last year, the 2013 third round draft pick was expected that he would take another step and cement himself as a top prospect within the organization. Unfortunately, like McCann, Cassels suffered through a case of mono, and was unable to participate in the majority of training camp. He was able to suit up for the pre-season and then was returned to the OHL.

To say that Cassels has taken his game to another level, is an understatement. He currently sits 4th in the OHL with 26 points in 14 games. Cassels is doing this all without his high scoring linemate from last season, Scott Laughton, who turned pro this year. Cassels hasn’t let that affect him, as he is now dominating everywhere on the ice.

It is expected that Cole Cassels will make Team USA alongside fellow Canucks prospect Thatcher Demko for the World Juniors this December.

Even though all the players profiled have been injured this season, they all seem to be trending in the right direction. Next year should be interesting as the Canucks could have 6-7 top prospects fighting for NHL jobs.