As the Canucks continue their long trek through the Eastern Conference, their prospects continue to make noise throughout North America. It’s time for the December edition of the Vancity Buzz Prospect Report.

December is an exciting time for prospects. Team Canada will begin tryouts for the World Junior team next week. The World Junior tournament begins on Boxing Day and is taking place in Toronto and Montreal this year. Canucks prospect Jake Virtanen will probably be there. Bo Horvat will be too, if the Canucks decide to loan him. One player who won’t be there despite a stellar season to date? Jordan Subban. 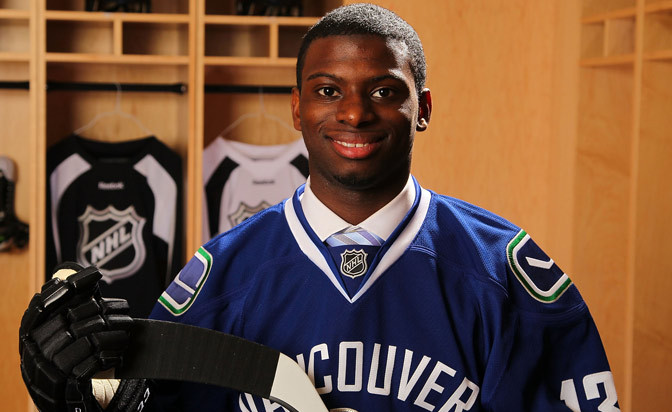 Jordan Subban, the younger brother of Montreal Canadiens superstar PK Subban, is currently  second in OHL D scoring. Thus far Jordan has put together a fantastic season for the Belleville Bulls by showcasing his fantastic puck skills and offensive instincts.

Even though Subban has proven this year that he is one of the best offensive defenceman that Canada has, he was unfortunately not invited to the Team Canada World Junior selection camp later this month.

I wasn’t surprised that Subban did not receive an invite due to his mediocre performance at the Subway Super Series in November and also because he is only 5’9″. It seems like Jordan will always have to prove that his size isn’t an issue.

Hopefully the Canucks can look past his small stature, see his talent and offer him a contract at the end of this season, so that he can continue to develop into that offensive PP quarterback that every team needs. I also think training every summer with PK will help Jordan realize what it takes to make it at the next level.

Coming off major hip surgery that cost him most of last season, Hunter Shinkaruk began his professional career in the American Hockey League this year. It was expected that Shinkaruk would have a slow start to the season after missing so much time, but he has played very well in Utica, learning the pro game and honing his two-way skills. His point totals don’t reflect what he has brought.

Labelled as a goal scorer in junior, Shinkaruk possesses good passing skills and awareness that he is able to also generate some great plays for other players. But he will always be a shoot-first type of player, and that is very clear as he averaged 2.5 shots per game throughout November.

Shinkaruk may be 1-2 years away from playing for the Vancouver Canucks, but I think after seasoning in the AHL, he will be able to translate his junior success into a long NHL career. 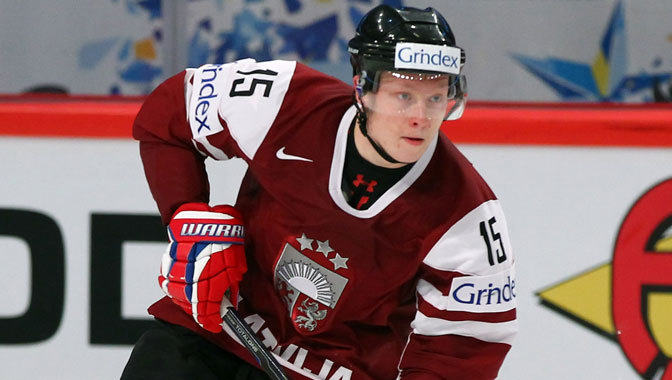 Ronalds Kenins was signed as a UFA after the Canucks management was impressed by his performance at the rookie development camp in July 2013. Since then, he represented Latvia in the 2014 Sochi Winter Olympic Games and did not look out of place when playing against the world’s best.

This is Kenins’ first season in North America and like Shinkaruk, he has taken some time to get comfortable in Utica. He has put up 4 points in the last 6 games, so he may have found his comfort zone.

I am a big fan of the way Kenins plays the game. He plays a game that closely resembles Jannik Hansen. He is a good skater, great on the forecheck and defensively responsible. As long as Kenins doesn’t have stone hands like Hansen, then I think he can be an option the bottom 6 as early as next year for the Canucks. 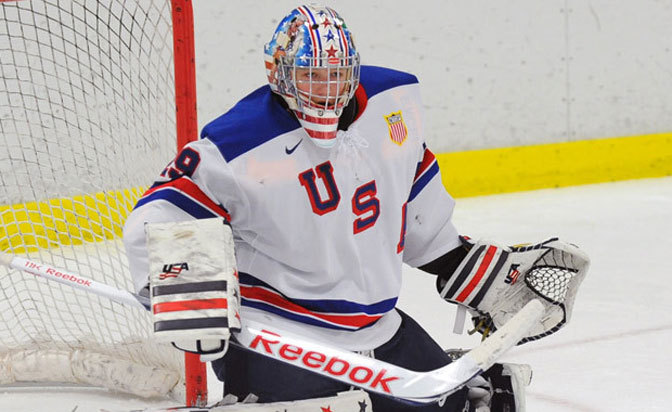 Taken with the 36th overall pick in the 2014 NHL entry draft, Thatcher Demko is the Canucks goalie of the future. He is everything that you can hope for in a goaltending prospect. He is big, agile and technically sound.

Hailing from Boston College, which is the same program that former goaltender Cory Schneider played in, Demko has had a decent start to the season. Although his goals against average and save percentage are identical to last year (0.919 S% and 2.24 GAA), Boston College sits 17th in NCAA ranking as they haven’t been able to score enough goals.

Luckily for Demko, he (along with Canucks prospect Cole Cassels) was named to the US World Junior preliminary roster and is an almost lock to be the starting goalie for the US team this year. He may actually get some goal support to compliment his steady play. The showdown against Team Canada and fellow Canucks prospect Jake Virtanen on New Years Eve should be circled on every Canucks fan’s calendar.

Like with the development of Cory Schneider, Demko is probably 4-5 years away from wearing Canucks colours, but it’s great to have a high end goaltender prospect developing. Who knows, maybe by then Vancouver will need another goalie controversy?

For the first time in a long time, it looks like the Canucks have a plethora of prospects that can fill the roles throughout the lineup in the not too distant future. It will be fun to watch.