The roster is mostly comprised of Canucks draft picks and signed prospects but also includes some undrafted invitees.

This development camp is great for the Canucks prospects as they look to take the next step. They get to know the expectations of the organization and learn valuable skills on and off the ice. It also gives Canucks management a chance to take a look at some undrafted players who may have previously overlooked. Ronalds Kenins was a free agent invitee for the 2013 Canucks Prospect Development Camp and impressed enough to earn a contract with the Canucks.

This year’s camp is at Shawnigan Lake School on Vancouver Island.

The full roster can be found below: 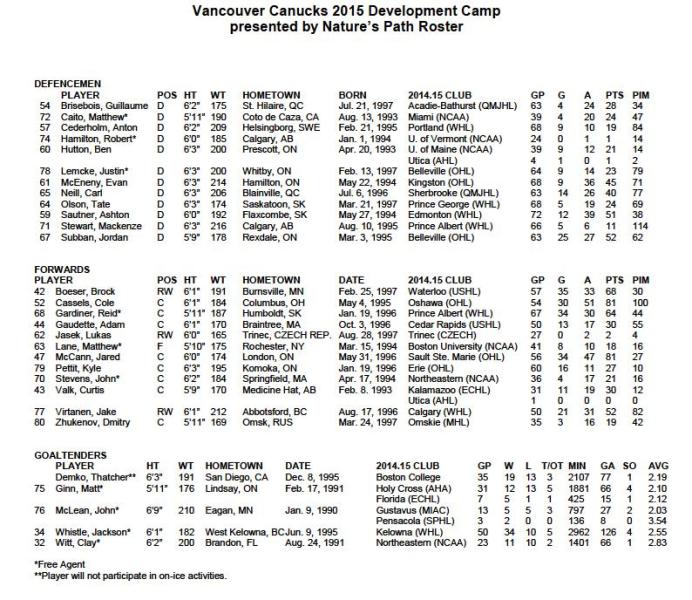 All on ice sessions are open to the public.