Fresh off a comeback win over the Sharks Saturday, the Canucks had to take on their old friend Ryan Kesler and his NHL-leading team Monday.

While fans and analysts around the league probably gave the Canucks little chance in this one, Canucks fans know better. They know their unpredictable hockey team is actually extremely predictable.

Vancouver was facing a legit Stanley Cup contender – meaning they’d show up and play like they cared.

That Toronto game coming up on Saturday – that’s something to worry about. For now, they’ll celebrate a massive 2-1 victory over Kesler and his “boys“.

To set this post up better, and so readers can see how fans felt before the game, here’s a sample of tweets about Kesler from Canucks fans.

Oh, you thought they were ready to bury the hatchet?

During warm up, Kesler took a shot to the head and required stitches to fix up the cut. Would that bring some sympathy?

Kesler took a puck to the head in warm up..ha! I mean..I hope he’s ok #canucks

While we’re psyching you up for the rest of this, check out the NHL standings before the game. 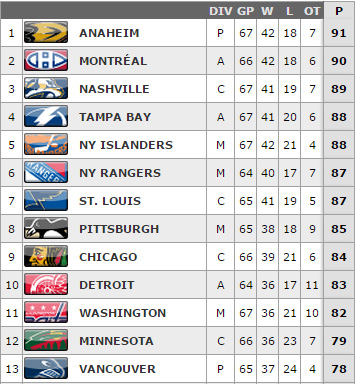 From puck drop Kassian was in beastmode. A couple minutes into the game, he rocked Kesler along the boards.

In the second period, Kass challenged tough-guy Patrick Maroon to a fight, leading to this weak response from the Duck. 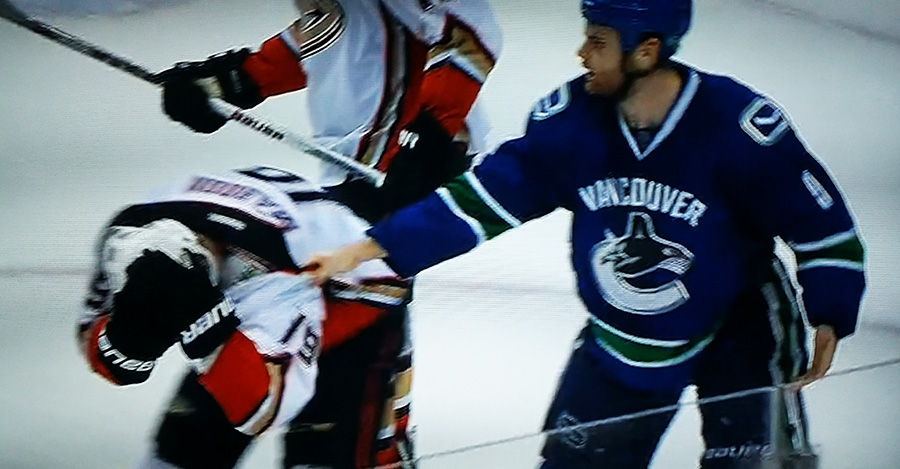 And Kass wasn’t done. Not by a long shot.

After the Ducks tied the game eight minutes into the third, Kass stepped up, delivering the GWG with four minutes left.

Just think if Jim Benning had received a half-decent offer for Kassian, we’d be watching him demolish other teams for a rival right now.

I realize so far this post has made it look like the Canucks played out of this world. They didn’t.

They started well, scored 10 minutes into the first, and went into shutdown mode (aka the AV gameplan) from there on out.

Here’s one of his many saves.

GIF: Eddie Lack makes a GREAT pad save while on the penalty kill at the start of the 2nd. #canucks pic.twitter.com/pEylDUkTAb

Three games in a row, Lack’s been first star.

And here are a couple of Maroon turtles.

Kassian just trying to get his licks in on Maroon, that’s all. #tootsiepop @TronArmy pic.twitter.com/ERAmz7iD9y

Maroon made it look like Kass ambushed him and he was ducking for his life, but according to Kass’s post-game comments that wasn’t the case.

Kassian’s quote (from Canucks.com): “(Maroon) was challenging Dorsett earlier in the shift because of the hit on Perry obviously. He said let’s go. I thought he dropped the stick. It was one of those things where the refs got in – sometimes that happens.”

Kass was much more generous than the photoshappers on Maroon’s obvious turtle job. 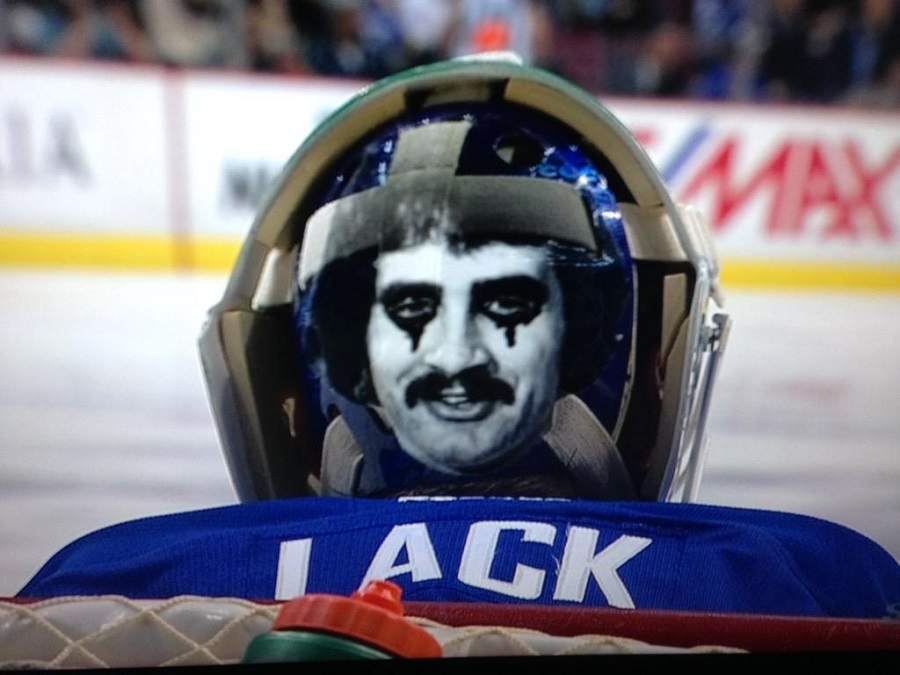 Garrett did a pretty good Alice Cooper impersonation Thursday – now he’s trying to look like him too.

Twitter people know Taj has never backed down from an argument and often he incites them himself, but this one was hard to see coming.

During the game he took on the social media department of the team he loves so dearly.

@VanCanucks is it also your job to spoil it for everyone watching it on TV because there’s 3-5 second delay? Not hard to wait 5 seconds

Botch had a good response later in the game.

That was awful, bonino. Two chances to clear. (did I wait long enough?)

Falconer had one too.

@VanCanucks what took you so long?

Ronalds Kenins was scratched for the second game straight with Brandon McMillan once again taking his place.

Blake’s right, it is perplexing, but there might be a method to Willie’s madness on this one (though I’m not saying he’s right).

We know what Kenins brings to the table. He’s fast, he’s hard working, and he hits hard. He might be a bigger version of Jannik Hansen or a slightly more skilled (and bigger) version of Derek Dorsett.

We don’t know what McMillan brings yet but with him playing his best game so far against the Sharks, my take is Desjardins wanted to see if he could build on the game and improve against Anaheim.

McMillan had one hit – not enough for a guy in his role – but was in the upper half of the Canucks in corsi +/- stats. Still, that’s not saying much considering every Canuck except Radim Vrbata finished on the negative side of those.

7. Credit where credit’s due

Yes, I’m aware there’s no such thing as a seven-pack, but I have to give some well-deserved credit for these individuals’ selfless contributions to humanity (meaning this post).

I had Andrew send me a higher res version of Kassian’s picture, then messaged him “now all we need is for him to score the GWG.”

He replied with the hands in prayer emoticon. Conclusion – if you’re not a man of faith, Andrew, you should consider it. That’s some powerful praying

That’s it for credit, now I leave you with this.