Thursday was throwback night in Phoenix for the Canucks and Coyotes.

For the Coyotes, that meant wearing their original jerseys from when they entered the league in 1996. For the Canucks, it meant throwing back to October when they had a roster with real NHL players on it.

Alex Burrows, Alex Edler and Zack Kassian all returned from injuries, yet for some reason, the Canucks looked completely useless in the first period.

Really, Vancouver didn’t show any urgency until the second half of the third, and they only managed to tie the game up in the final minute. It was a heartstopping game against a team that had lost 10 in a row, which is about as far from “real good” as it gets.

The Canucks lost 3-2 in the shootout, but like the title image shows – they’re (just) staying alive in the playoff race.

The Canucks are one point up on the Flames, and three up on the Kings and Sharks.

There were tons of opinions going into this one about who should start in net.

Willie is going to burn Lack out like Torts did. Fun! Give the guy a rest, and give Markstrom some confidence getting him back in. #Canucks

Lack starting tonight is the right choice, we need to pick up as many points as we can. Playoff race is too tight right now. #Canucks

“@sportsnetmurph: Lack versus Smith in goal. #Canucks #coyotes” stupid. Perfect game to get markstroms confidence back up.

Will Lack be exhausted by the end of the season? Only time will tell. Kevin Woodley thinks he got some well needed rest, despite having to play Tuesday.

Lack said post-game best he felt in while, “like himself again.” That reset doesn’t happen unless Markstrom starts + is part of why started

Lack needed a mental reset… from what? Too much stress? Does this look like a man who even knows what the word stress means?

Enjoying dinner with @eddielack the goofball. Making sure he eats too much so he’ll be sluggish tomorrow pic.twitter.com/UyInR2tkyx

With the Canucks down 2-0, plenty of fans were quick to jump on the blame-Lack bandwagon. Then the third period and overtime happened. Lack was pretty much the only reason Vancouver made it to the shootout, as the Canucks gave the puck away at least six times, each leading to a glorious scoring chance for the Coyotes. He stopped them all.

I’ll let the tweets tell the story of the first period.

Good to see #Canucks are playing down to their opponents again….

More turnovers than a bakery #canucks

This one from Mike was the best.

#Canucks playing about as good tonight as this guys haircut… #vcbcanucks pic.twitter.com/2kdXmX6BKM

This happened at the start of the second.

My question was answered here.

Mike Smith took throwback way too literally, he just threw himself into the net… With the puck.

Willie Desjardins really hoped getting his angels back would help the team to a win (from @nine30shineshop). 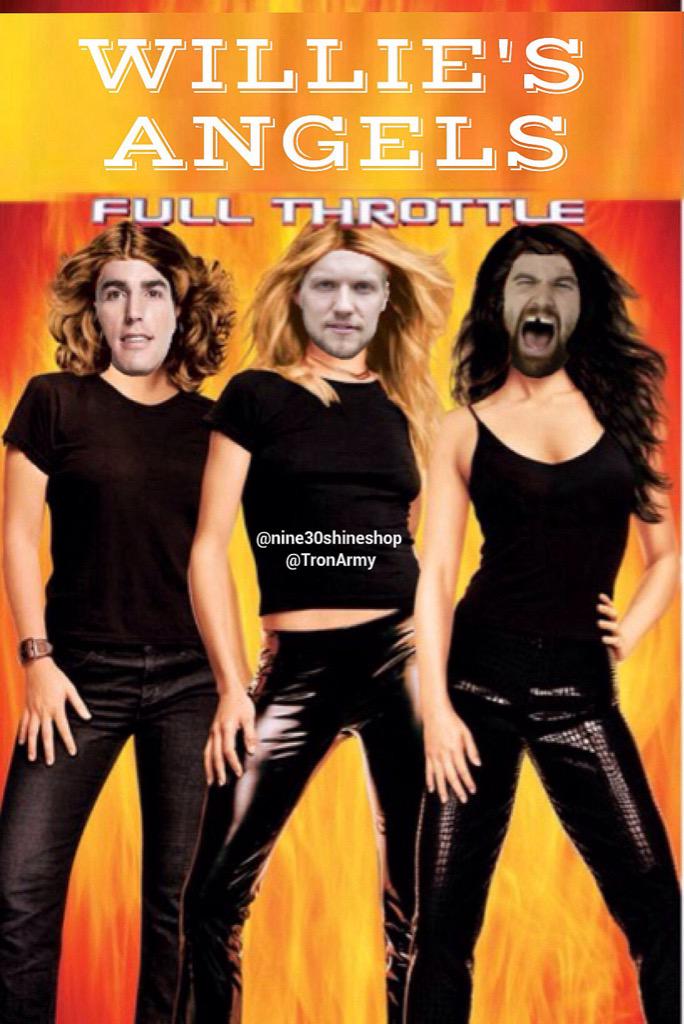 1. Edler should grow out his hair. He looks cool.

Kassian’s “flu-like symptoms” created some speculation Tuesday. Was the cut under his eye bothering him? Was the flu he had a new strain of the common “Roxy flu”?

Ben Kuzma put that all to rest in his Game Day report earlier:

After surviving the trade deadline, Kassian said he went for dinner with his girlfriend on Monday night and started vomiting that night and wasn’t ready to play the next day. He took an IV from the training staff, took the game-day skate today and should face the Coyotes on the top line. He has four goals and a plus-3 rating in his last five games.

”That night (Monday) was real bad,” Kassian said of his stomach ailment. “It (throwing up) kept going until next day and I was able to finally have a good meal last night, so hopefully I’m good to go.”

Kass played well too, but with the team down two goals, Willie demoted the only player he knows how to demote – he moved Kass to the third line to move Burrows back up beside the Sedins.

Not saying it was the wrong move, because Burrows always brings it at crunch time. Still – Kass always gets the blame.

Credit goes to Jason Botchford for bringing these guys into the mainstream, and look where they’re going now…

@ZoSoNuck @TronArmy hahaha amazing. Have someone reach out to us via email as well. [email protected]

Who knows where they’ll end up.

Take it from the photoshap crew and from Eddie Lack – hard work pays off in the end.