After playing horribly and losing 5-1 to San Jose on Thursday, Henrik Sedin and the Canucks were frustrated.

They were so frustrated Shawn Matthias and Yannick Weber nearly fought each other in practice Friday. Afterwards, Henrik Sedin had something to say.

Being the captain and leader of the team, Hank led the way. 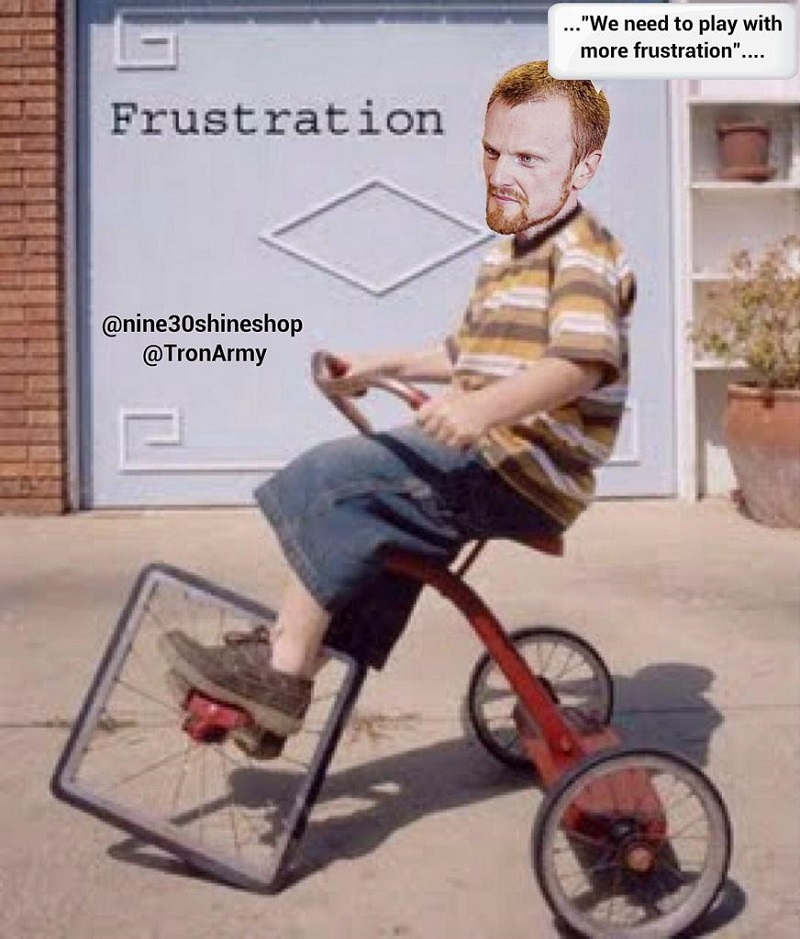 In the game, too, Hank and his linemates led the way. The Canucks beat the Penguins 5-0.

1. Sedins and Burrows go back in time

The difference between the top line and the rest of the Canucks was stark when you looked at the advanced stats – focus on the Corsi +/- numbers here: 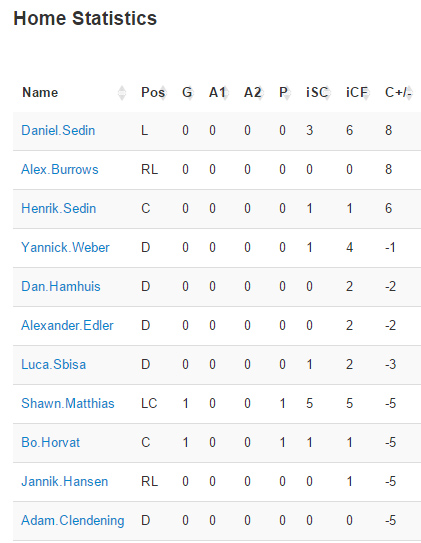 They don’t do it every night, but when the Sedins have energy and they play with determination, they look as dominant as they always did. Here are Burrows’ and Daniel’s goals.

After the game, Cassie Campbell-Pasqual talked to Burrows and asked if he thinks he’s added some energy to the Sedin line.

“Well I don’t know, they’re so good. They’re normally the ones that carry me and take me along for the ride.”

No chance. Like a Red Bull, Burrows is giving the Sedins wings.

After Zack Kassian went off about how frustrated he was on Monday, he had to be itching to get back in the lineup.

Still, that didn’t stop Kassian from living life the way he wants to. Kass was spotted at the Parlour Friday night (according to Snoopy – @87ASandhu), and he wasn’t holding back on the drinks.

Kassian was at the Parlour getting drunk last night, he’s in the lineup tonight. Hopefully he has my non-hangover genes. #Canucks

Figured out why Kassian has been scratched all these games,he has really let himself go. Thank you @nine30shineshop pic.twitter.com/NBZKTbncaw

Is that it or does Canucks management just hate him?

Kassian had a fight in the first period, and during the second, he had a staredown with his hands.

Immediately after the camera caught this – it was even funnier than it looks here because he looked perplexed as his hands trembled uncontrollably – Kass scored this goal.

Cory’s take on Zack’s pep-talk with his hands nails it. 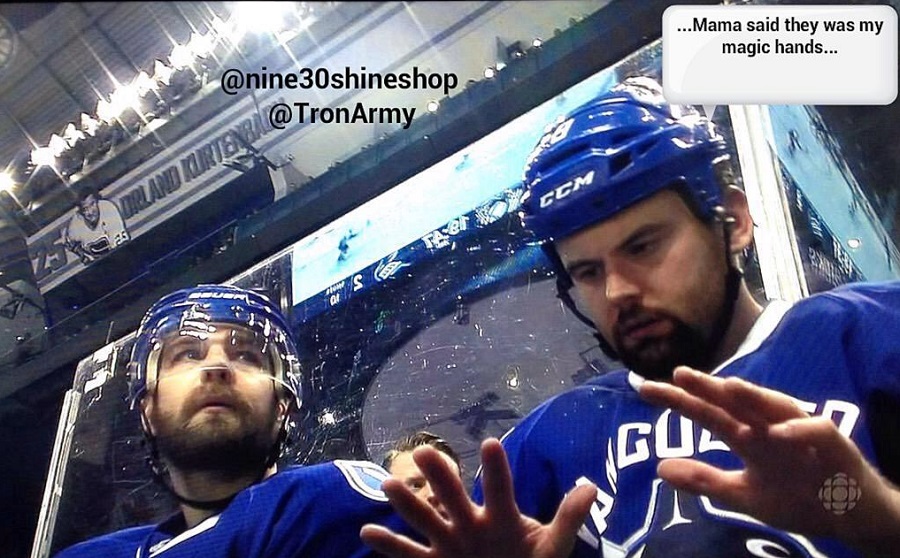 It’s not often Canucks fans will vocalize feeling guilty about a call going their way, but that’s what happened after the Penguins (and everyone watching) thought they scored during the second period.

After Pittsburgh’s Derrick Pouliot shot the puck, Brandon Sutter batted it in just as Ryan Stanton was throwing him into the post and knocking the net off.

Logically, I think this should be a goal. By the letter of the law, I have no idea whatsoever.

Fans were happy, but sheepish…

I do feel for the Penguins but woooo no goal #Canucks

Really? The people in Toronto must have been out of the room. You wonder sometimes. #NHL #Canucks.

So was it the right call? Kuz…

Further to non-goal, according to Rule 78.5 (x) “Apparent goals shall be disallowed by referee when the net becomes displaced accidentally.”

And the Kuz has spoken.

After losing to the Sharks Thursday, Desjardins was not happy with his top players. In his presser he noted how “good” Derek Dorsett, Bo Horvat and Ronalds Kenins played and wondered why his other lines weren’t doing the same.

The other Canuck forward who’s been consistent while others have slept is Shawn Matthias.

Dorsett and Horvat combined for this bad-ass first period goal – please notice that Dorsett passes a bouncing puck and Horvat shoots it out of the air.

And Matthias scored this cracker.

6. Better than my summary of the game