Despite a promising first 10 seconds, the Canucks ultimately fell to the Colorado Avalanche due to some weak defensive plays and ill-timed penalties.

In the end, the Avalanche put seven goals by Eddie Lack who will probably need to finish his night off like the rest of us; with a #Sixpack.

Daniel Sedin was apparently a little pissed off about his five game point streak ending Thursday night against the St. Louis Blues because before anyone had cracked their first (or second…) beer, the Canucks were on the board.

I didn’t even see how the play developed at first because I was looking at Vrbata with dread as he slowly got to his feet after an awkward looking hit behind the net. Fortunately, I went from dread to elation as I saw that Henrik Sedin, of all people, scoring on Avalanche goalie Semyon Varlamov.

As usual, Taj’s wit sums up the goal pretty well.

Henrik with a great pass into the net

Unfortunately, the Avalanche were pretty angry about giving up a goal that early and preceded to dominate the Canucks over the next 15 minutes, even tying the game thanks to our old friend Jarome Iginla. But then Alex Burrows took back the lead with a sort of controversial goal that was called in Vancouver’s favour (Thanks Lord Linden!) and the Canucks escaped the first period with a 2-1 lead.

But that is about as good as it got tonight.

2. Patrick Roy Behind the Bench

You would think I would have something to say about how Patrick Roy coaches his team. But instead, I’m going to use this opportunity to highlight some hilarious pictures of the Avalanche coach because he looks really funny when he’s mad.

Patrick Roy needs to loosen his tie, his head is about to explode #canucks pic.twitter.com/WZJDcmvoFw

This shade of purple looks familiar… 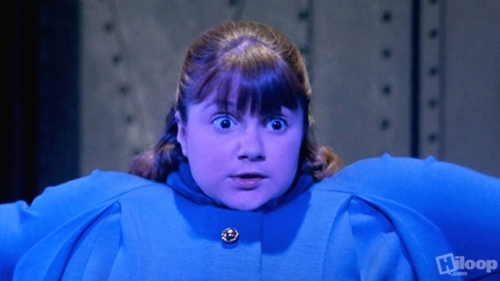 Mr. Wonka told you not to eat the gum! Either that or Jarome cut one. 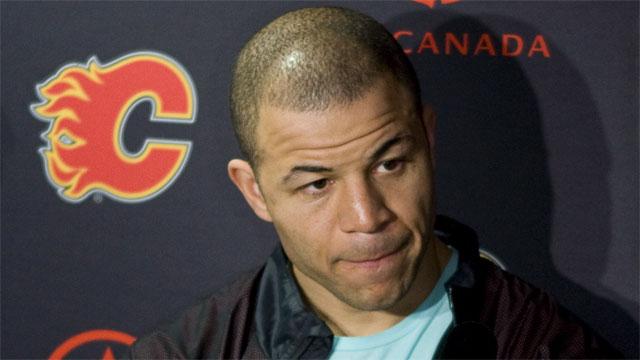 He knows what he did…

3. This Team Needs a Better Defence

It’s becoming abundantly clear that the Canucks need a better defence. The challenge for GM Jim Benning will be trying to determine whether the issues are with personnel or just systems. One thing to remember is that new systems take time to implement and these early season woes may be a result of a new coaching staff trying to undo the damage that Torts and Co. inflicted last season.

Or just get rid of Luca Sbisa because OH MY GOD.

Thanks to some decent point totals, the fact that Daniel Sedin has only scored one actual goal (which happened tonight) and one empty netter this season has possibly escaped our attention. I didn’t even think about it until I received this tweet:

@lankey22 Seriously, 1 empty netter through 6 2/3 games is not what $7M should get you. Daniel needs to figure it out.

It may be a result of hiring a designated shooter to play with the Twins, but Daniel has to start utilizing his shot more if this team has any chance to make the playoffs. Believe it or not, it’s actually okay to have two shooters on one line. Even Henrik has more goals. HENRIK!

Much like Orange is the New Black, is Daniel the New Henrik?

I wouldn’t watch that show…

This isn’t meant to be as dramatic as it sounds. Fortunately, the Canucks have wrapped up their first road trip of the season and will limp home to the Lower Mainland with a 4-3 record. Although 4-3 isn’t necessarily a terrible record, the Canucks did start the season 3-0 (albeit against Alberta teams) so this may not be the result that Vancouver desired.

While a 1-2 record on the road isn’t the worst result, we did see some things that may be concerning moving forward. Most notably, the Canucks inability to play with faster teams like Dallas and Colorado. It’s still too early to know where this team stands, but Willie Desjardins better figure it out soon because he hasn’t even seen the best the Western Conference has to offer.