Before we begin, here’s a quick reminder that this happened this morning. Everybody misses Mattias and Sami, right? Right?!

The Canucks kept up with the high powered Lightning tonight, but their power play let them down. Tampa Bay got up to a 3-0 lead and held on, adding an empty netter to win 4-1.

After a completely lackluster start in Carolina, the Canucks started well against the Florida Panthers just a night ago. Well, either the second straight back-to-back set was getting to them or Vancouver wanted to give the Bolts a head start because the first period was abysmal. How bad? The Canucks didn’t record their first shot until the 13:54 mark. Live look at the offensive zone pressure in those first fourteen minutes:

Actually, aside from a couple penalty kills and a short lived scrum, that GIF accurately describes the entire period.

Well that period was about as entertaining as that time I was watching grass grow only to find out it was artificial turf. #yawn #vcbcanucks

One of the more positive storylines this year (and this road trip in particular) has been the Canucks’ penalty kill. Their success on the road has been due in part to their exceptional play while down a man or two. The Canucks have allowed goals on just 2 of their last 30 road penalty kills and both of those came in their disappointing loss to the Nashville Predators at the beginning of this road trip. They have the league’s best road penalty kill and as of the end of tonight’s game, they had the NHL’s top penalty kill overall.

If they have to “make a statement” at any point this season, they may want to explore what Wyatt has to say.

I wonder if Radim Vrbata doesn't play on the penalty kill because the coaches are afraid he would take it literally.

Despite being a game day addition to tonight’s roster, Frankie Corrado sure made this one count. Arguably one of the Canucks’ best players, the young defenseman made a calm play in his own crease in the first period.

Have no fear, Frankie Corrado is here! https://t.co/yyKtbwPEHy

Then in the third period, Corrado scored his first of the season before taking a huge bite out of the crossbar. He also made an impressive save on an empty net bid in the final minutes.

The Canucks PK is so good, they've started killing the opposition's penalties as well.

The Canucks had seven, yes, SEVEN powerplays tonight, including some time at 4-on-3 and two lengthy 5-on-3 advantages. Unfortunately, they failed to convert and while their play at 5-on-5 this season has been pedestrian at best, it was their failure to convert with the extra man that cost them against Tampa. The reaction on Twitter was predictable.

Ugh, that’s the worst. Just as the Canucks are starting to mount a comeback, they get a power play and ruin everything.

The #Canucks powerplay started their all star break weeks ago.

So, you’re saying this’ll happen just once a year? Okay, I can deal with that… I think.

Joey Kenward has filled in admirably, but I for one miss the golden voice of John Shorthouse a great deal. Anyone who has watched Sportsnet for an extended period of time has likely grown spoiled having become accustomed to the tandem of Shorty and Cheech. Sure, they talk a lot about food and Garrett tends to focus on goaltending, but their banter is arguably unmatched around the league and they do a great job night in and night out. Here’s to Shorty getting back in the booth soon.

@Heatbagger recovering from surgery. Should be back right after All Star Break. #getwellshorty

6. Taking a Quick Look Around

Alex Ovechkin did this to a poor in-net camera:

Okay, I know I’m reaching but this game was really, really boring until the last 10 minutes of the game. If you wanted entertainment, you might have been smart to tune into the State of the Union… or you know, the tilt between the Flyers and Penguins. 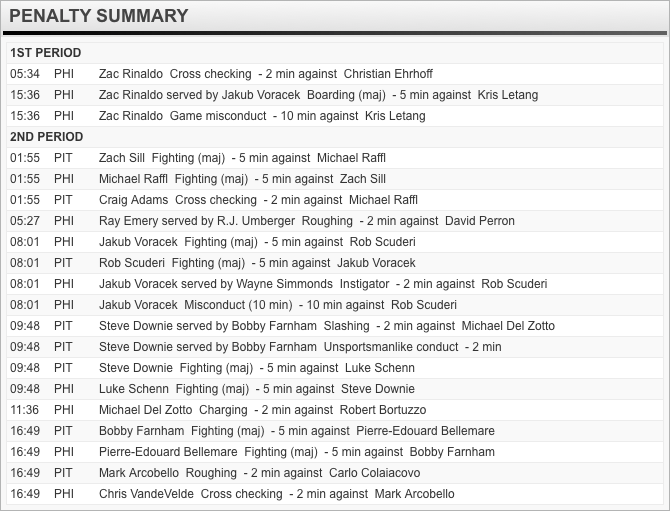 Also, Paulina Gretzky and Dustin Johnson had a baby during tonight’s action. Guess what that means… this guy is a grandpa!