Fresh off their monumental come from behind victory over the New York Rangers, the Vancouver Canucks were right back in action Friday night against Cory Schneider and his New Jersey Devils.

In what was being billed as the Bo Horvat vs. Cory Schneider show, the Canucks and Devils provided a sloppy viewing experience with New Jersey coming away with the 4-2 victory following some rather interesting coaching decisions from Willie Desjardins.

It was a tough game to watch, especially after seeing the Canucks come back to beat the Rangers in the shootout the night before.

#Canucks play to opponents level again. Good against Rangers, lacklustre start that cost them vs. Devils.

But back-to-back games are always tough and it was still good to see Vancouver battling back despite giving up the first three goals of the game.

So with that being said, it’s time to drown our sorrows in a SixPack!

1. Good Effort, But Not Enough

With the Vancouver Canucks playing the second game of a back to back, you knew this game wasn’t going to go too smoothly. The start of the game was anything but smooth for the Canucks.

But Vancouver did battle back thanks to the dreaded Sedin-Sedin-Kassian combination that we’ve all been patiently waiting for over the last few years. With his two goals, Zack Kassian put the Canucks into a position to maybe steal another two points from an Eastern Conference team, but in the end, it just wasn’t enough.

"We weren't sharp coming out, they scored on their chances and we had to battle back hard. We did, but it wasn't enough" – H. Sedin #Canucks

It’s tough to lose against the New Jersey Devils, especially after the kind of character win that the Canucks pulled off Thursday night against the Rangers.

It’s also tough to see a former stud goaltender that the Canucks traded away come back to haunt them:

Not to be that guy,, but anyone wonder what our record would be if schneider was our goalie?? #vcbcanucks #Noboho

2. These Guys Are Still in the NHL?

Maybe it’s because the Devils are a hopelessly boring team to watch and therefore not worth following unless you happen to be from the state of New Jersey, but through the first period and a half, I was shocked to see three Devils who I thought were already out of the National Hockey League.

Does anyone else laugh heartily when they hear Steve Bernier's name or is that just me?

Steve Bernier, who was skating on the Devils’ top line for some reason: 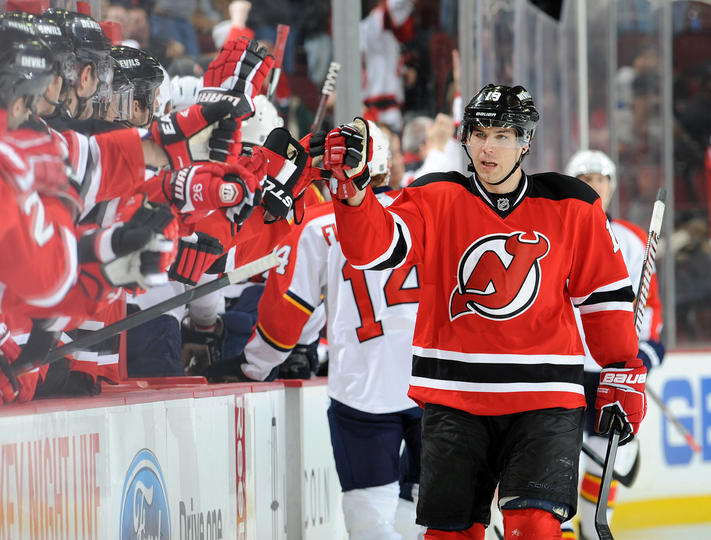 Jordin Tootoo, who I probably shouldn’t chirp too much considering he scored the second goal for the Devils: 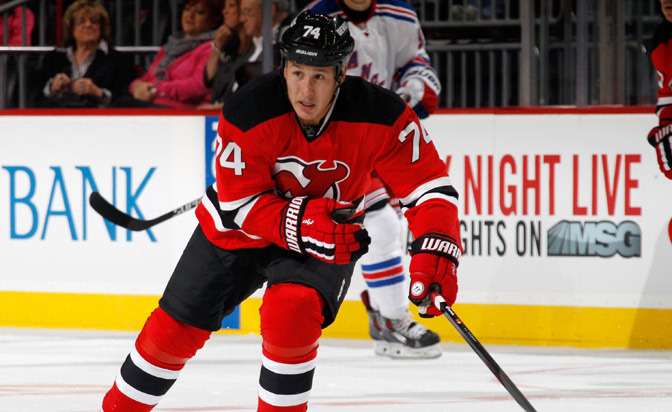 And last but not least, Scott Gomez. I swear the only team that would ever have taken him would be the New Jersey Devils: 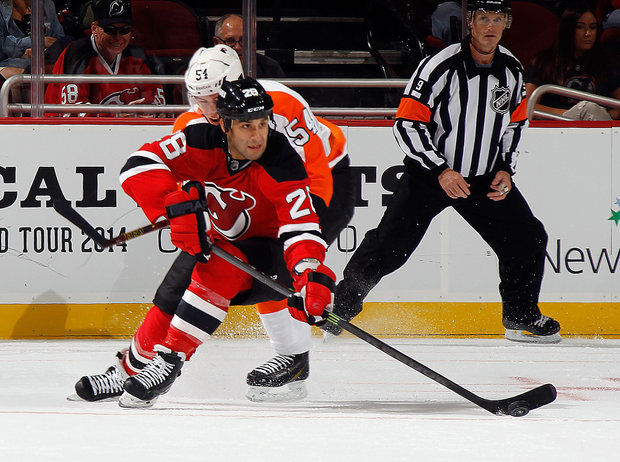 There really isn’t a point to this. I was just so surprised these guys could find a team to play on.

Over the past few seasons, Canucks fans have been clamouring for Zack Kassian to join the Sedins on the top line and, although pretty much by default, they got their wish as the Kassquatch finally got his chance.

I can't believe it – Willie has put Kassian with the Sedins. #Canucks

And he didn’t waste the opportunity.

One down, three to go. Kassian's goal has the #Canucks in the game.https://t.co/PZk8aHFaye

The first goal from Kassian was huge for Vancouver as the Canucks had been having trouble doing anything up to that point.

But he wasn’t finished there.

Ohh, he's (more than) half way there…Woah score another, that's a dare! #Canuckshttps://t.co/6XgD9QORMW

Unfortunately beyond Kassian, the Canucks could not generate any goals which ultimately led to their eventual 4-2 defeat at the hands of the Devils.

Does anyone think Kassian will be back with the Twins Sunday against the New York Islanders? At this point, I would be surprised if he even dresses.

Depending on how severe Alex Burrows’ lower body injury turns out to be, coach Willie Desjardins may have an interesting decision if Burrows is to return sooner rather than later. Although this shouldn’t be a decision at all. It’s a slam dunk.

Haven't seen much from #Canucks McMillan. Heard him described as an energy guy. Haven't noticed him in 5 periods

At this point, the big guy should play every shift in the third, and mcmillan none

I get that Desjardins needed to see McMillan play, but he is clearly having some issues and since the Canucks are currently in the fight of their lives to make the playoffs, it may be time to start trusting that Zack Kassian can get the job done a little better than McMillan.

@vancanucks Can't see any potential in Kassian, McMillan is the clear choice over him #Canucks WRONG!!!!!

5. An Interesting Bit of Coaching by Willie Desjardins

It all started with pulling Eddie Lack…with four minutes remaining in the third period and only down by one goal.

Lack to the bench with 4 mins to play…

wow willie's got some balls

That one I don’t really understand at all. The Canucks were pressing and were only losing by a goal. Even pulling the goalie with two minutes remaining is a little extreme.

The Canucks did manage to draw a penalty, which led to another interesting coaching decision:

Vey's out there on the PP instead of Kassian. #WillieLogic

This Linden Vey situation is getting a little out of hand. Even when Kassian does have a good game, he still doesn’t get the chances Vey does. And Vey has done nothing recently to earn these chances.

Regardless, the first unit couldn’t get anything done. So out comes the second unit.

But wait! Lack is still pulled!

Don't like pulling goalie with 2nd unit on for #Canucks. Leave the top unit out there even if tired. Let them work 6-on-4

I really don’t understand the logic that Desjardins used in those final minutes of the third period. I’m sure the media will have no problem asking him exactly what he was thinking. 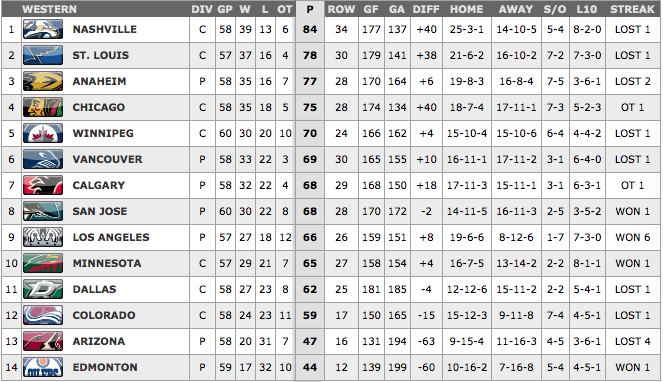 With Friday’s loss to the New Jersey Devils, the Canucks missed out on a prime opportunity to gain some separation from the San Jose Sharks and Los Angeles Kings who are both aggressively nipping at their heels.

If Vancouver wants to make a serious run at the playoffs this year, they really need to find a way to buck their current trend of winning one game and then losing the next. The Kings suddenly care again and you know the Sharks will most likely pull it together long enough to at least sneak into one of the wild card spots.

I mean, the Sharks won’t go very far in the playoffs, but they will still be taking a valuable spot from a team like the Vancouver Canucks.