The Vancouver Canucks went and COMPLETELY REDEEMED THEMSELVES.

The Canucks played an end-to-end game against the Jets on Tuesday, with tons of chances, fights, and action at either end. It included a third period comeback and an overtime finish, and Vancouver won 3-2.

It was a statement win too, as Vancouver started the day three points behind Winnipeg in the standings.

With Ronalds Kenins scoring his second goal in two games, there’s only one thing left to do.

1. Lacks played a hell of a game

Aside from the opening goal, which many thought Eddies Lacks could’ve had, he was razor sharp. Lack faced 28 shots and allowed two goals for a save percentage of .929.

In overtime, Lacks made a beauty glove save on Bryan Little, keeping the Canucks in the game and allowing Lucas Sbisas to score the winner.

Now here’s the question: putting all the #TeamLack and #TeamMiller crap aside, if you’ve watched most of the Canucks season, are you not coming to the conclusion that Lack gives the team a better chance to win most nights?

You can bet Zacks Kassians was sitting in the press box wondering how Kenins gets a goal like this (let’s admit it wasn’t a great shooting angle and the goalie should’ve had it) while he’s the accursed one.

Not a bad suggestion for Zacks:

Tomorrow: “Zack Kassian? Never heard of him. My name is Zacks Kassians, and I’m new in town.”

This sums up the overtime goal perfectly:

Don’t know what amazes me more about the OT goal. That Vrbata passed the puck or that Sbisa scored on the pass #VCBCanucks #canucks

4. The twins jumped in a time machine

Since the third period of the Minnesota game, Daniels and Henriks have looked great. First came Daniels’ goal against Minnesota, and then this beauty first period set up to Alexs (I think it’s pronounced Alexis) against Winnipeg.

We did too, Mikes.

5. Kassians doesn’t even have to play to be talked about

Zacks Kassians finally exploded yesterday. Ben Kuzma and Elliot Pap talked to him – you can see the articles here and here.

To boil it down, Kass is frustrated he keeps getting scratched. From Pap’s article:

“I don’t even know what the hell is going on,” said Kassians, who hasn’t scored a goal in 21 games. “I thought I played well against Anaheim. I took the bad penalty but I was playing with emotion and I was trying to do the right thing. I played a good game against Buffalo and then that happens…”

“Am I frustrated? You guys have no idea how effing frustrated I am. But that’s the way it is.” 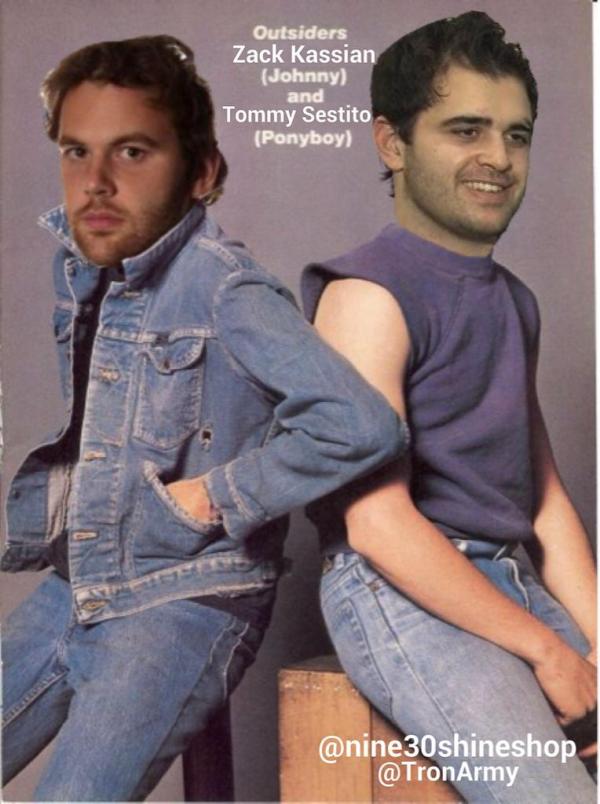 Surprise – Kassians, who’s never been predicted as the next Rhodes Scholar, doesn’t know what’s going on. Here are some helpful tips for him on why he’s been scratched.

– he is prone to questionable defensive plays

Our friends at the Tron Army show us this isn’t the first time Kass has been caught off guard. 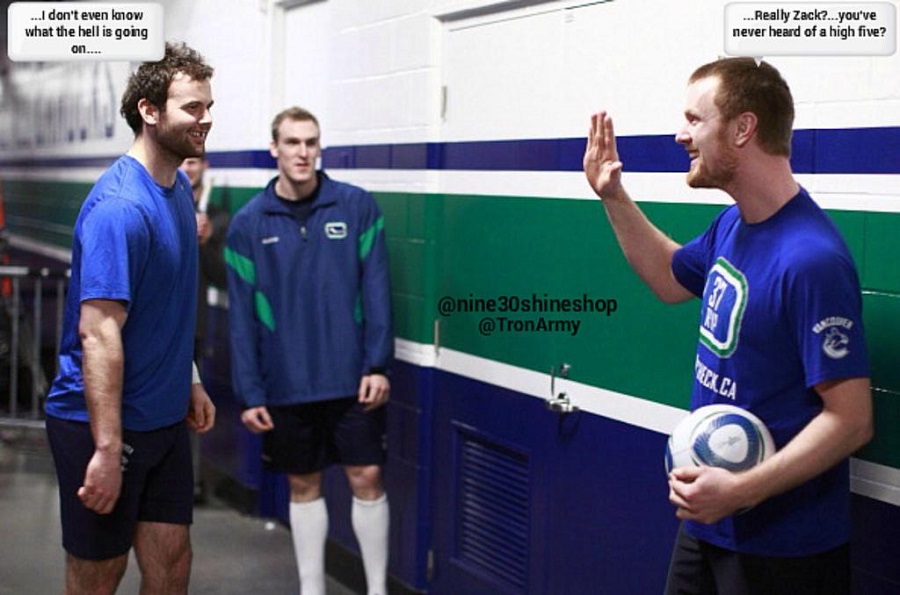 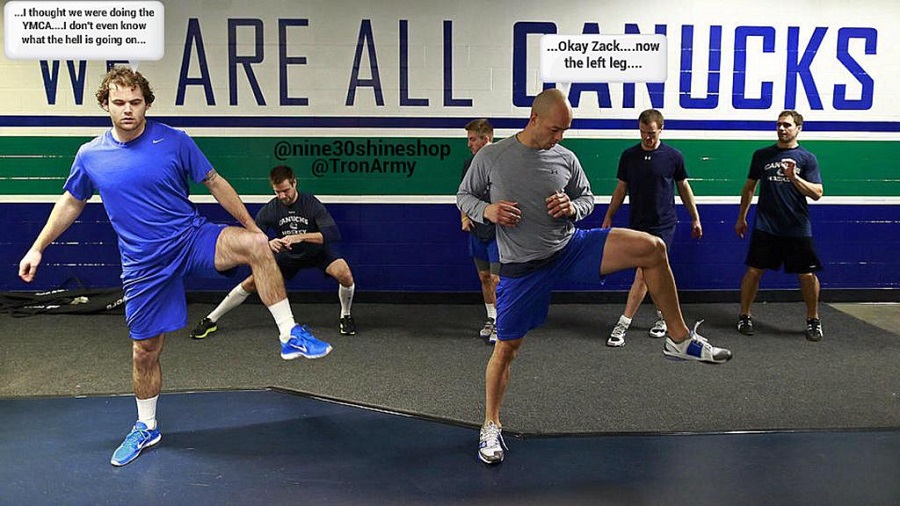 One thing you can’t deny – Kass has been a great source of Canucks content all season long. Although I’m a vocal member of #TeamKass – he has tons of potential and will be a good player once given the chance – I truly hope the Canucks keep him solely to keep us happy. 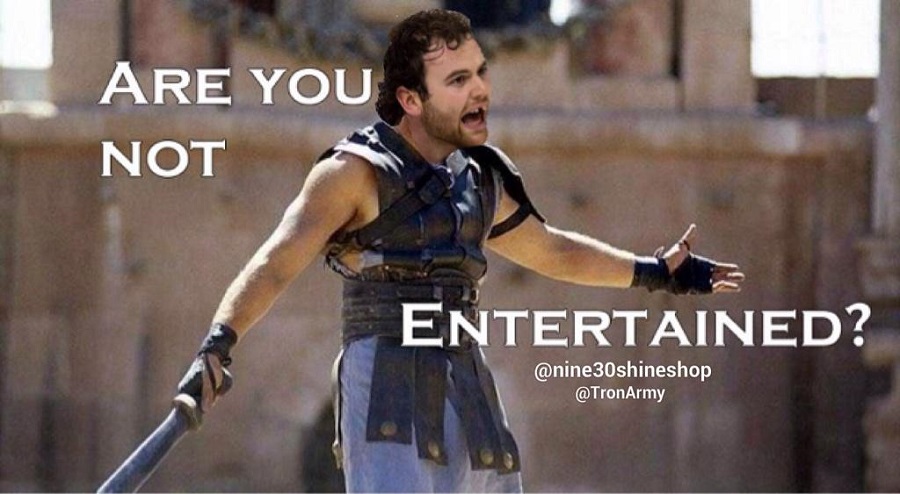 Pierre LeBrun was on TSN 1040 this afternoon talking about the possibility of a Kassians trade. His interview was transcribed by Chris Nicholson.

“Listen, the Canucks have talked to a lot of teams about him over the past month. They obviously haven’t found a suitor. There isn’t a lot of interest right now.

“But I would tell you two things. One is that there’s still 29 days to trade deadline. So a lot of things can happen. And… I suspect one of the reasons the deal hasn’t happened is that what the Canucks have been asking for him in return has been too high, and that there’s plenty of time left to bring down the asking price.

“So I don’t think it’s out of the question for them to find a partner for this guy. At the end of the day, as inconsistent and maybe even as maddening as he is as a player, he still has 14 goals and I think 125 penalty minutes in his last year. There’s something there. And He’s only 23. But a team’s going to have to be willing to work with him to find it in terms of a consistent basis, if ever.

“But I think they can move him. I don’t think you can sit there and say it’s impossible to move him before March 2.”

I guess LeBrun is saying Bag of Pucks is in play, should Bennings choose to accept it. That’s exciting.

One more thing: congratulations to @Mike_Stefanuk, winner of our prize draw for a $100 gift card from The Charles Bar for the month of January.

He definitely worked hard for this.

Every tweet mentioned in the SixPack earns an entry into the monthly draw.

So how does it feel, Mike?