Oh boy. It’s games like this (a 5-1 loss to Nashville) when you need a solid, entertaining, get-your-mind-off-the-game Vancity Buzz Sixpack.

That’s a lot of pressure. Lucky for me, unlike the Canucks, none of the members of the Omarcanuck household have been hit by the flu (all one of us), so hopefully we’ll respond better than your hockey team.

1. The game according to Ryan

My empty words couldn’t possibly do as good a job as VCB writer Ryan Biech’s timeline has tonight. The Preds had a 2-0 lead 6 minutes into the first period. That’s when Ryan began.

Uh oh, is it going to be one of those games? #Canucks

I hoped he was wrong but the Canucks looked exhausted and unprepared. They also took three penalties in the first period. That didn’t help.

After Saturday’s performance, I didn’t think the #Canucks could play worse.

Vancouver scored 3 minutes into the second period, and the negativity vanished for a while. Canucks fans had this strange, foreign feeling…

I believe it is referred to as “hope”.

Down by 1 going into the third. #Canucks pic.twitter.com/CcxqyU2Uvb

After being outshot in the first period, the Canucks were the ones shooting more in the second. They really did look alive.

They were looking good in the third period too…

Did all the Predators get injured? The Sedins just danced around them. #Canucks

But then the Canucks got a power play and everything was ruined. And no, what I just wrote was not a mistake.

The power play was horrible. Vancouver didn’t even set up in the offensive end, let alone take a single shot on net.

The third period for the #Canucks pic.twitter.com/nIkO7GsE0j

#Canucks fans after that game. pic.twitter.com/W026ODBJDK

And that, people, is the birth of #TGATR

Ryan Miller let Lack play for a second straight game as he’s come down with the flu. Too scared to face Shea Weber’s rip-a-hole-through-the-net shot? No – Miller looked like a ghost on the bench.

On Saturday, Lack played through the flu as well. He felt so bad that day that he skipped the optional morning skate, which is something he never does.

Watching him play against the Preds, he looked off. He wasn’t reacting quickly, wasn’t tracking the puck well, and he was down and out after making most first saves.

It wasn’t easy to watch for #TeamLack members, but can’t argue with facts. Of course, some of our team members tried.

@paislanderr I was chanting ya. He’s sick tonight tho

Nice attempted distraction from the game:

@omarcanuck so it’s obvious Miller wants out of VAN already; TWO Lack starts in a row? Something’s up #vcbcanucks

This conspiracy theory was better, though. Not sure how much trouble it’ll get me in to include it…

@omarcanuck you mean the Higgins sleeping with Bonino’s lady controversy which explains that lines fast, steep, fall from grace #vcbcanucks

#Canucks soooo ALL the players are sick right?? Please tell me they ALL are, it would explain this uhhh game… If you can call it that.

Congrats of the game:

Positive spin of the game:

I suppose at least the #Canucks aren’t the #Wild. I’d probably drink napalm if that was the case

It would appear that PP for the #Canucks stands for Piss Poor.

@omarcanuck Is this the new #Canucks ? Dead after Christmas?

And… don’t worry be happy tweet of the night:

Cheer up #Canucks fans … we still have the #Seahawks!!

A question was posed:

Is it me or are the Sedins playing like crap lately?

Hmm, well this is a little awkward, but actually the Sedins haven’t been that bad in the last two Canucks games. True, they haven’t put up any points, but who has?

Looking at the stats, Henrik and Daniel were the 3rd and 6th best forwards against Calgary according to corsi +/- (all situations). Against Nashville they were 3rd and 4th best.

Are they doing what the top line is supposed to do by leading the team in offensive chances like they were earlier this season? No. But it does seem like they’ve recovered from the Christmas funk they were in.

5. Friedman has a thought on the goalies

Elliotte Friedman posted his 30 Thoughts column earlier today, and “thought #8” was a doozy of a brainteaser for Canucks fans.

Will Vancouver become a player in any potential goalie roulette? Eddie Lack is unrestricted after next season. Jacob Markstrom is restricted this summer and won’t clear waivers again. Joacim Ericsson gives them depth and time to assess Thatcher Demko. Can’t see the Canucks helping someone like the Wild, since the two teams are in direct competition. But anyone else?

The answer? The tidbit of information we usually find in each of his 30 thoughts?

It was nowhere to be seen.

If that’s how 30 Thoughts works, I’m going to make a thoughts column of my own. Here are Omarcanuck’s 2 thoughts (I’m starting light):

1. Will Vancouver be a seller at the trade deadline? They have a number of players they could trade. Can’t see the Canucks trading a draft pick, though. But veterans?

2. Should I order pizza or sushi for dinner tonight? I worked out this morning so the smart choice would be sushi. But pizza is so tasty. Can’t see myself getting off my couch to do either, though. Any other options?

So… I ran out of hockey thoughts after number 1…

Guys, here’s a picture of your favourite hockey fan taking in the Preds game: 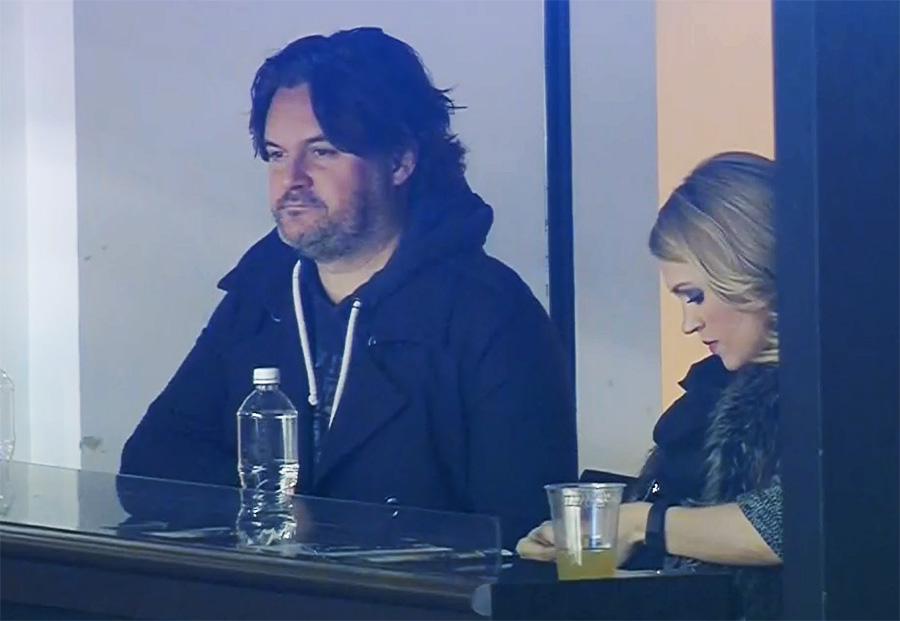 Ladies – don’t worry, I’ve kept you in mind too!

To you, I present, the hottest face in hockey. 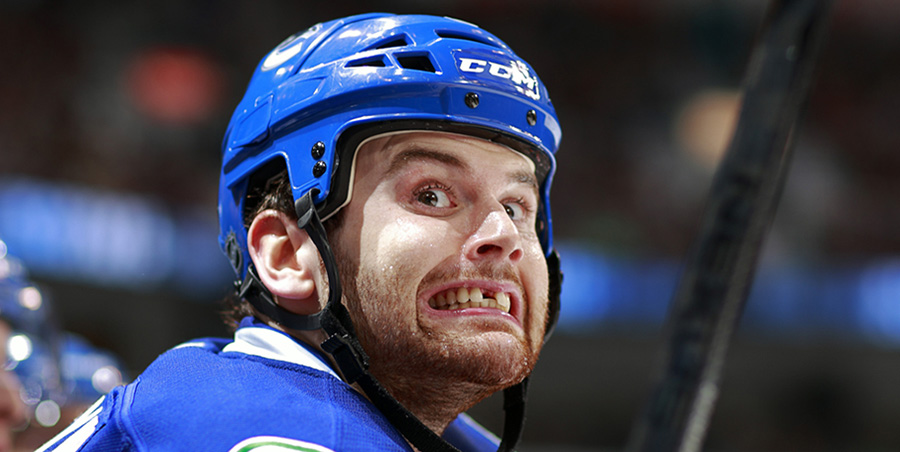 Dry your tears Canucks fans. In the end, everyone wins.