Vancouver was two points ahead of Calgary and three ahead of L.A. with all three teams playing on Monday night.

Since you’re going to OD on suspense from the Canucks this season, we’re not going to add to it here. The most important result: Vancouver beat St. Louis 4-1.

While that was happening, L.A. lost a 4-1 game to Chicago and Calgary beat Dallas 5-3.

Some fans might be upset seeing either L.A. or Calgary have any success, but over here in SixPack land, we’re rejoicing. Vancouver vs. Calgary in the first round is the series we’ve been waiting for since 2004.

If you’re a massive Canucks fan, chances are you’re checking the standings four times a day at this time of year. Since we like to simplify your life you can eliminate one of those hits to NHL.com… 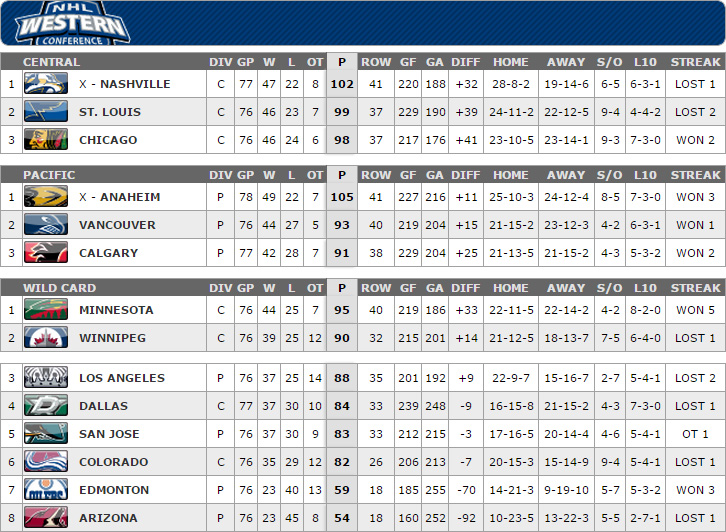 Two points up on Calgary + five on the Kings = one high five to your wife/husband/dog/your other hand right now.

Think it’s too late in the season to be learning?

Don’t get scored on? RT@patersonjeff: Just like Saturday, #Canucks take 2-1 lead to 3rd period. We’ll see what lessons have been learned

They got it. Instead of losing the lead and losing in overtime like they did against the Stars on Saturday, the Canucks scored two more to ice the win.

Radim the Dream is also learning.

Vrbata had the puck on a 2-on-1 with Chris Higgins and as he skated towards the net, every Canucks fan rose from their seat – don’t pass to Higgins, shoot the puck dammit!!

What did he end up doing?

Thankfully, he did the right thing.

Nick Bonino did the right thing after St. Louis tied up the game halfway through the second.

Did Bieksa mean to miss? Probably not. Here’s a good tweet to avoid getting blocked though.

Bieksa with the intentional miss for an Assist… And with that compliment I will not be blocked by him.. #vcbCanucks 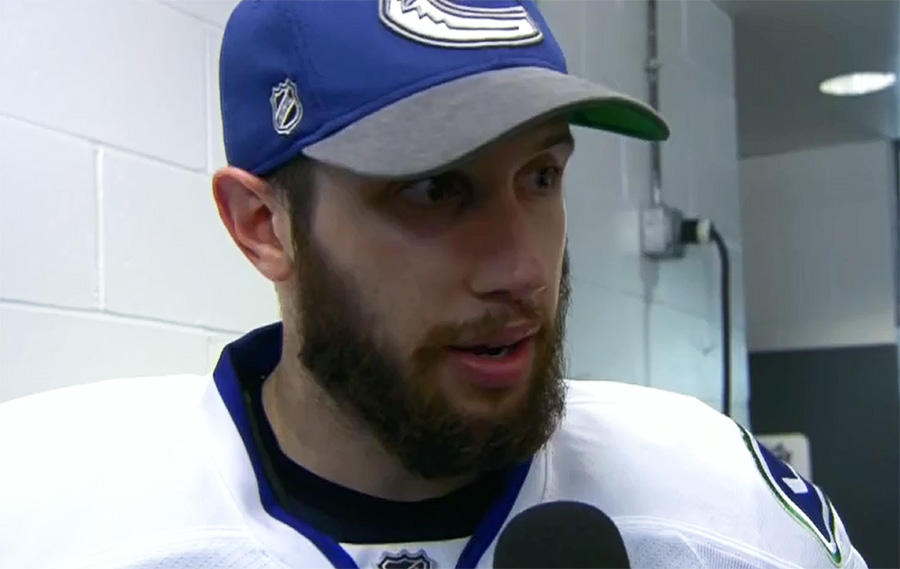 He looks like something familiar. I can’t place it…

@omarcanuck Looks vaguely like one of the founding fathers.

So why the beard?

@omarcanuck he’s trying to distract from his sick flow pic.twitter.com/ExayEGjmV8

5. Blake and Rob made a joke

This appeared in my timeline today. 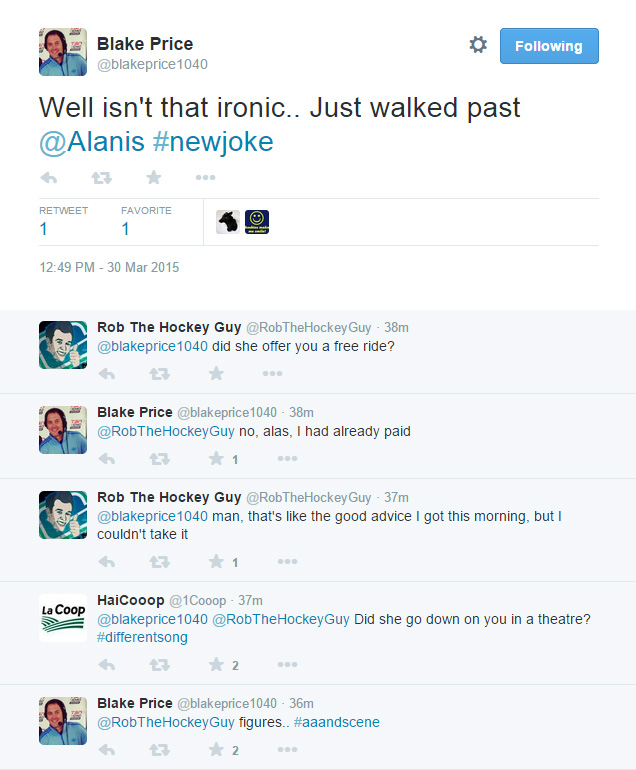 Can we get a LOL here? OK a smile?

Pretty sure Coop’s response was the winner.

When the Blues tied up the game halfway through the second, Canucks fans didn’t feel too good.

Neither did this guy.

Give us your caption in the comments section below. Best one wins a $10 gift card to the SixPack’s favourite sponsor – The Charles Bar.