Against the Wild on Wednesday, the Canucks put up five goals, Ryan Kesler and Daniel Sedin scored and Alex Edler made an incredible defensive play.

Vancouver, a team that hadn’t scored five goals in regulation in over two and a half months, won 5-2.

And our playoff dreams live on…

1. Booth is for real

After David Booth’s first goal of the night, I tweeted the following:

Okay Booth, if it wasn’t a fluke, do it again.

And he did it. He scored a second goal. Meaning it wasn’t a fluke. Meaning… he’s an actual, real-life goalscorer.

I’m as surprised as you.

With the Canucks up 2-1, Alex Edler saved a goal from going in. Yes, I’m talking about the same Edler who sports the 853rd plus/minus ranking in the NHL at minus-29. That’s third worst in the league, by the way.

And yes, I have proof. 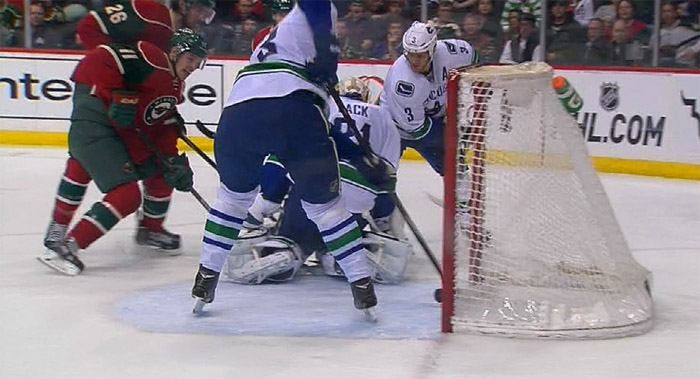 Ever wondered what it looks like when a former 41-goal scorer ends a 23-game goal-less drought? 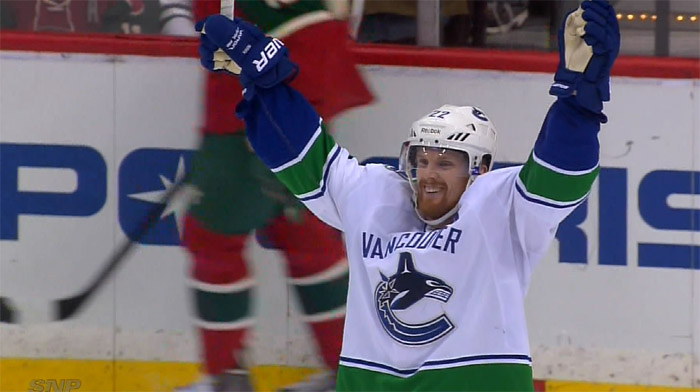 John Tortorella to the media after Tuesday’s practice:

“You guys think about that ice time a hell of a lot more than I do.”

An NHL head coach not thinking about ice time? Fat chance. I don’t believe it for a second.

In the last #SixPack I wrote (after the Nashville game), I noted that Henrik Sedin’s playing time was only 16:56 – a far cry from when he was playing over 21 minutes every night earlier in the season.

Now Torts is a man of immense pride – admitting he listened to the media or anyone else on how to deploy his players would probably make him want to storm his own dressing room to fight himself – but he is listening.

Wait, Kassian brushes a Buffalo player off his back as if he were an annoying housefly to earn one of four assists, and that’s what Torts observes?

Luckily I had a friend sitting behind Vancouver’s bench. He sent me a revealing picture of Tortorella’s clipboard.

Some teams track scoring chances. Some even use advanced stats like Corsi and Fenwick. Not Vancouver’s old-school coach. 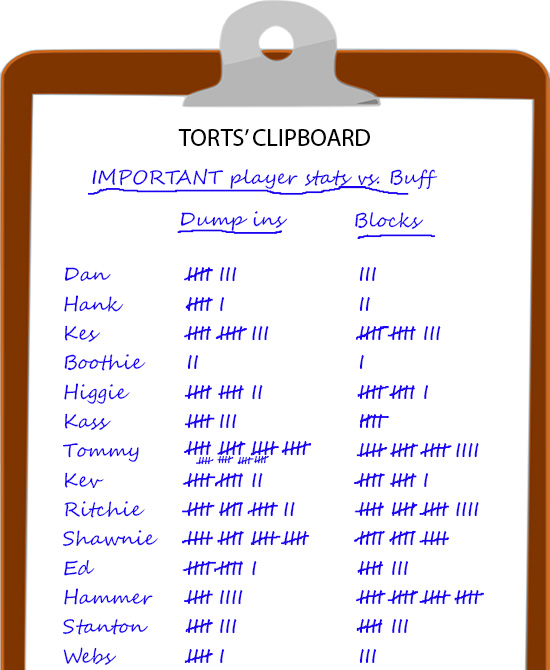 No wonder he loves Tom Sestito so much.

Speaking of Kassian, he followed up his four-point game by dominating Charlie Coyle to score a beauty.