Let’s get one thing straight – fans in Vancouver had no appetite for another short playoff run. They never wanted anything to do with one.

Trevor Linden and Jim Benning, on the other hand, did.

Canucks management believes playing in pressure situations is of utmost importance to the development of young players. Fair enough – at some point the kids need to feel the heat of playing in the fire, but if this team’s not going to be a Cup contender for several years there’s time for that yet.

This year, many fans contend, the team should be loading up on talent by foregoing the standings and drafting high.

Now, as luck would have it, they will.

And Benning and Linden should realize that’s what’s befallen them – a stroke of luck.

Key injuries to Brandon Sutter, Dan Hamhuis, and others this season stopped the Canucks from squeaking into the playoffs as a wild card, which would be akin to being led to a slaughterhouse anyway.

Instead, they’ll get that high draft pick that will supplement their growing core of young players.

This is no “stealth tank”. It’s tanking because of misguided planning. And they’ll come out geniuses.

Here, we get into what pieces the team needs to assemble become a powerhouse.

The Canucks and GAR 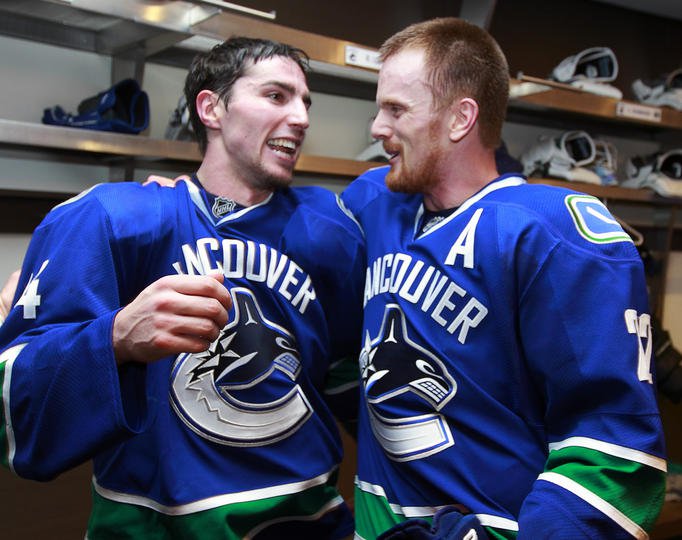 This past summer Money Puck (who has since been hired by an NHL team) wrote an excellent series called How to build a contender for Canucks Army. In the series, he explained War-on-ice.com’s GAR measurement – a number that compares a player’s contributions to that of a replacement level player – “a player who is available for a nominal cost via free agency, waivers, or in trade.”

Using the GAR measurement, the analytics website identifies the impact a player had in a certain season. Money Puck determined that a 20+ rating was an elite season, while a 15-20 rating was semi-elite, and so on.

This was one of the main discoveries Money Puck made:

Interestingly, virtually every team who has made it to the conference finals in the last 5 years had both one over 20 GAR elite player, and at least one 15-20 GAR star to complement them.

Looking at this through a Canuck lens, here were the top GAR performers during the team’s two Presidents’ Trophy years:

You’ll notice these ratings appear to match the eye-test of those two seasons, with the Canucks not appearing nearly as driven in the year following the Finals run. You’ll recall that they “peaked” midway through the season when they played Boston, and for the rest of the year fans hoped they’d “flip the switch” come playoffs.

For context, Luca Sbisa’s GAR last season was minus-10.19 – the worst on the team. The negative rating means a replacement level player would have been better.

By comparison, Vancouver’s best defenceman was Chris Tanev with a GAR of 9.61. The Canucks didn’t have a single player with a GAR rating over 13 in the 2014-15 season.

Note: The GAR ratings should also highlight the importance of Daniel’s injury heading into the 2011-12 playoffs and the impact it played on their first-round loss to the L.A. Kings. 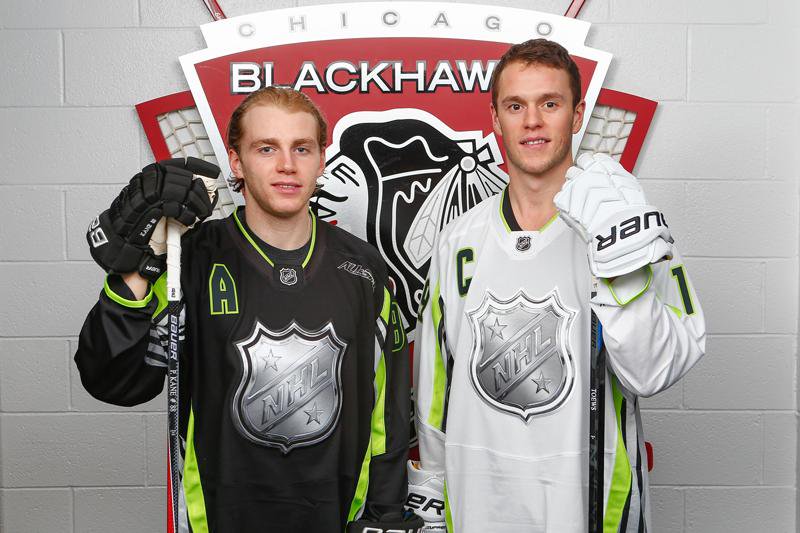 If you’ve been a hockey fan for years, you’ve likely heard of Al Strachan – formerly of Hockey Night in Canada and the Globe and Mail.

Strachan has written about hockey for over 40 years and has strong relationships with the smartest and most powerful people in hockey, including Scotty Bowman, Glen Sather, Wayne Gretzky, Don Cherry, Ken Holland, and probably everyone else.

Near the end of Strachan’s book Why the Leafs Suck and How They Can Be Fixed, he includes the following outline of how the best GMs assemble their teams:

So what the good general managers do is identify seven top players. Ideally, this group will be composed of one goalie, two defencemen and four forwards.

The top seven guys are the core of the team…

The four high-price forwards form the basis of your two scoring lines. Because you were so astute in your trades and your drafts, you’ll have two pairs of quality forwards. Each pair will be supplemented – and presumanly complemented – by a lower priced player who can do the dirty work for the line…

The third and fourth lines will be primarily checkers. They’ll be eager, hard-working, honest players who know that if they perform well, they’ll someday get a crack at the coveted spots on the first two lines. ideally they’ll be balance, with some offensive ability, but their primary purpose will be defensive.

Note: the seven player cores for these teams would be up for debate as they’re all deep, especially at forward

For comparison’s sake, we look at what might be considered Vancouver’s current seven-player core:

How to get elite players 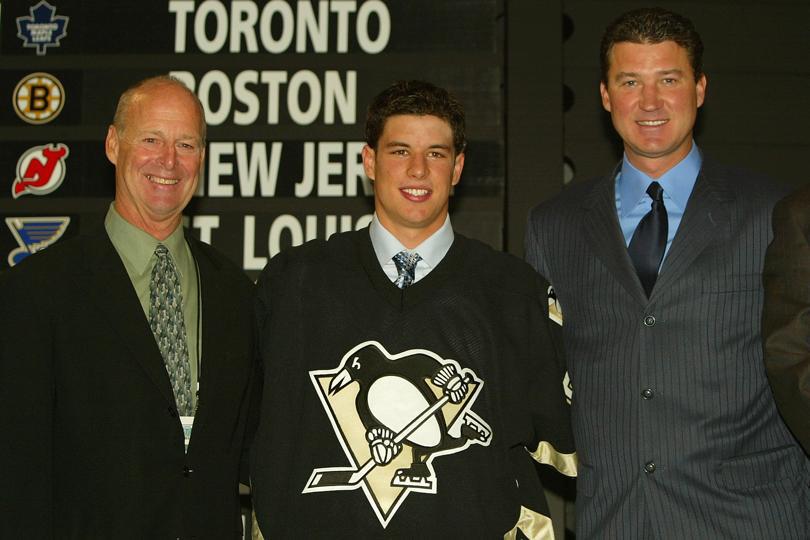 Clearly, the most essential part of any contending team is its top-end talent. Quantity doesn’t beat quality, so a team made up of 20 solid, two-way such as Markus Granlund and Emerson Etem will stand no chance.

Money Puck looked into how teams have gone about acquiring elite talent.

Second, trades have yielded 13 elite players. He notes that 13 out of approximately 1,700 trades is a 1-2 per cent yield of elite talent through trades, so banking on getting a Tyler Seguin or Joe Thornton in a trade is not a solid strategy.

He discovered that from all first-rounders outside the top-5 picks – a total of 150 players – only 10 turned into elite talents – a six per cent conversion rate.

Looking at these numbers, tanking for that top-5 pick starts to make sense, doesn’t it?

How Vancouver stacks up 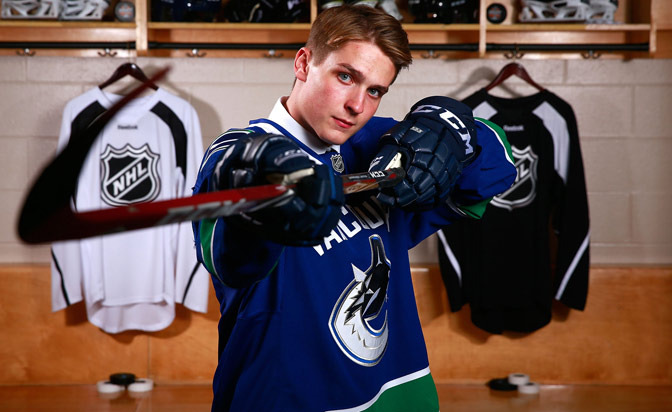 Comparing Vancouver to current elite teams, it’s no secret they need high-end talent if they’re going to get back to the top.

Daniel and Henrik can’t carry the team the way they used to, and they can’t do it like Toews and Kane, Seguin and Benn, or many of the younger duos are able to now.

Though surprising it’s taken this long, it appears acquiring top-4 defencemen has finally become a priority for Benning.

“We haven’t drafted a defencemen in 10 years in the first round,” Benning told TSN radio Tuesday. “All things being equal, if there’s a defenceman we really like with our (first round) pick, we’re going to lean in that direction.”

Another positive effect of missing the playoffs – potential top-4 defenceman Nikita Tryamkin will get to play NHL games sooner.

Benning indicated the original plan was for Tryamkin to be brought to Vancouver in the summer, but because of where the team is in the standings, they brought him in early.

So where are the Canucks headed? 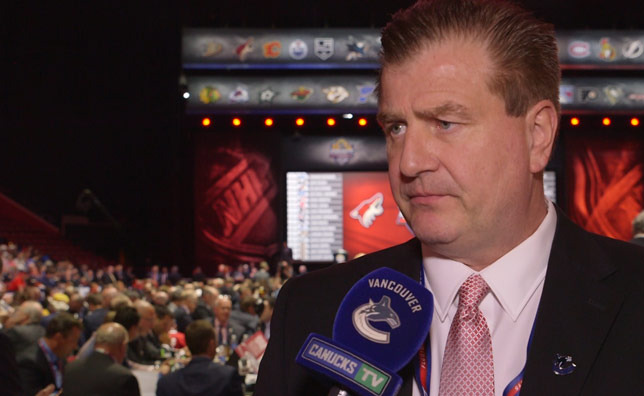 For the first time in two years, the Canucks are focusing on the future rather than the present. With the pressure to win gone, Jake Virtanen’s taking on a bigger role and Tryamkin will soon make his debut.

Fans have been on board for this before management admitted it was an option.

With a core being drafted and developing (Benning’s expertise) the other key part of assembling a team will become more important – putting the puzzle together under the salary cap.

One concern based on the new regime’s first two years has to be their ability to negotiate contracts.

The good thing is he appears to be learning the value of cap dollars.

“We’re not going to overspend,” said Benning, speaking about free agency this summer at Friday’s Town Hall meeting. “We’re going to offer deals in free agency we think are fair at the term we like. We’re going to be prudent with our money but we’d like to add some players to complement the young group we have.”

The other area Benning will have to improve on is trading.

Linden can talk about how other teams wanted Kris Russell or Andrew Ladd until he’s blue in the face, but the fact is Calgary managed to trade players such as Jiri Hudler for draft picks, while Toronto moved half a roster before the deadline, including Dion Phaneuf.

Last summer, New York fetched three draft picks from Edmonton for Cam Talbot including a second rounder. Benning misjudged the market and waited too late, in the end grabbing third and seventh rounders for Eddie Lack.

Point is there is an art to making a deal, whether it be a trade or a contract.

When the core reaches maturity in a few years, the smallest things will make a massive difference. Ladd or Russell could push Chicago or Dallas past other western juggernauts, Anaheim and L.A., this spring. That’s the idea, anyway.

Will Benning be able to make those key moves when the time comes? Time will tell.

At least the team’s finally developing talent and going through the steps in order.