As the summer months begin to wilt away into a distant memory, it’s time for everyone to remember that the new hockey season is almost upon us. But before we start to delve deep into the new roster additions and what their roles will be on a revamped Canucks squad, let’s step back and take a moment to reflect on the Summer of 2014.

While we all hope these players have spent every waking minute of the last two months in dedication to improving their fitness levels and hockey skills, that’s just not realistic. These are, for the most part, human beings (the exception being Jonathan Toews who is an emotionless cyborg) that deserve some time to themselves away from the judgmental eyes of the general public. Unfortunately for them, Twitter and Instagram were created so we now have the opportunity to keep an obsessive eye on them twelve months a year.

So with that in mind, Rob the Hockey Guy recently asked me to lay off the strawberry daiquiris, put my investigatory journalism pants on and check into what the Canucks have been up to this summer. After spending the past five minutes looking into it, I think I’ve got a pretty good idea of how certain Vancouver Canucks have spent their vacations.

P.S. I may be making most of this up as I go along.

Nicklas Jensen is an interesting case for this upcoming season. Despite a promising cameo at the tail end of last season, he is one of many bubble players who will need to have an excellent training camp in order to weasel his way back into the lineup after Trader Jim Benning got to work. One would expect Jensen to have been fully committed to improving his game through a two-a-day workout regime and shooting 3,000 pucks per hour. Instead, Jensen has spent his summer soaking in a bucket: 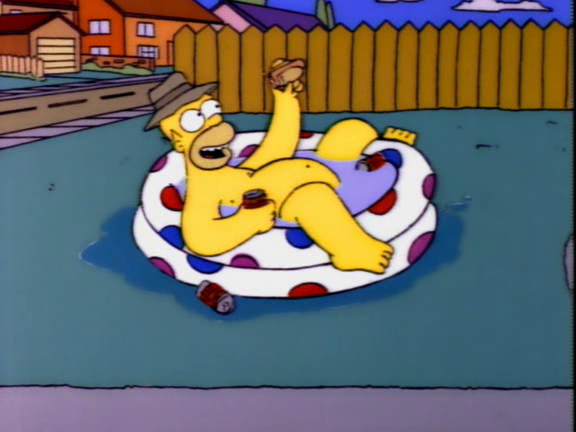 Okay so maybe he won’t win “Most Dedicated” this summer.  But at least he recognizes a good Forrest Gump reference:

So maybe Jensen is a late summer workout kind of guy. But regardless, good luck Nick! I hear Utica is beautiful in October.

Now here’s a young go-getter that wants to take the next step in his development. Hunter Shinkaruk is always open about his summer shenanigans and this year is no different. Shinkaruk appears to have been maintaining a nice balance between rest and work as he prepares to try and crack the Canucks top-six next season, although that may be a bit of a stretch.

However, from a hockey perspective, it appears Shinkaruk is working hard on coming back from a season lost to injury.

Shinkaruk trains with Andy O’Brien who also happens to have a couple of other famous clients in Matt Duchene, Nathan McKinnon, John Tavares and some young up and comer named Sidney Crosby. Hunter has the opportunity to learn alongside some of the more notable stars of the NHL which isn’t a horrible situation to find yourself if you hope to one day make an impact in the big show. So if you are a Canucks fan, you should be thrilled that Shinkaruk is spending the last few days of his summer surrounded by some exceptional talent. Which is probably more efficient than spending the last few days of summer in a bucket like Nicklas Jensen.

Brad Richardson quietly put together a nice season last year, potting 11 goals while centering a decent third line with Zack Kassian and David Booth. Even more impressive? He got engaged to Lauren Hunt.

They got married in August:

After only scoring five goals in 2013-14 and accumulating an injury record that even Sami Salo thought was unlucky, Alex Burrows is in need of a bounce back season in a big way. And that’s putting it lightly.

But Burrows is a risk taker and this summer, he has apparently tried a new and exciting training regime that is guaranteed to produce results in October: Ping Pong!

Everyone gathered to watch the final between Stephane Veilleux and @aburr14 at #Smashfest. Who will win it all? pic.twitter.com/15iKBD6POj

In all seriousness, it’s great to see Burrows involved in such an important event put on by the Rangers’ Dominic Moore. Plus he made it to the Smashfest finals, which means John Tortorella trying to trade him out of Vancouver didn’t shatter his competitive spirit. You don’t trade the Dragon-Slayer. Period.

Well, unless Evander Kane is involved. Then yes, you trade him.

Everyone’s favourite back-up goalie is a social media darling. He has a hilarious sense of humor and keeps Canuck Nation updated on all of his activities. He is also is a very precarious position this upcoming season as he will be battling Ryan Miller for playing time. So what has Eddie Lack been doing to prepare for the next wave of goaltending controversies in Vancouver?

If Lack can’t beat out Miller for the starting position, at least he can be better looking on the ice. And really, that’s all that matters in the end.

In the meantime, here is Eddie Lack discovering modern art on a Segway in Barcelona.

Here are a couple more highlights from some of the quieter Canucks:

No matter the time or the place @BoHorvat is always looking good pic.twitter.com/qanr43dFiz

Like most of us, Bieksa probably spent the better part of a month watching World Cup soccer. Then he made a riot joke. Actually, it’s astonishing that Brazil didn’t riot. Although based on the images of the crowd, I think all their energy was spent crying. There’s nothing like a good cry.

That kid gave me the creeps too Frankie.

So there you have it. The Canucks have been doing stuff this summer. In a perfect world, I would be able to highlight some of the activites that the Sedins have partaken in but apparently they like a little bit of privacy over the summer. Those Sedins. Always thinking about themselves.