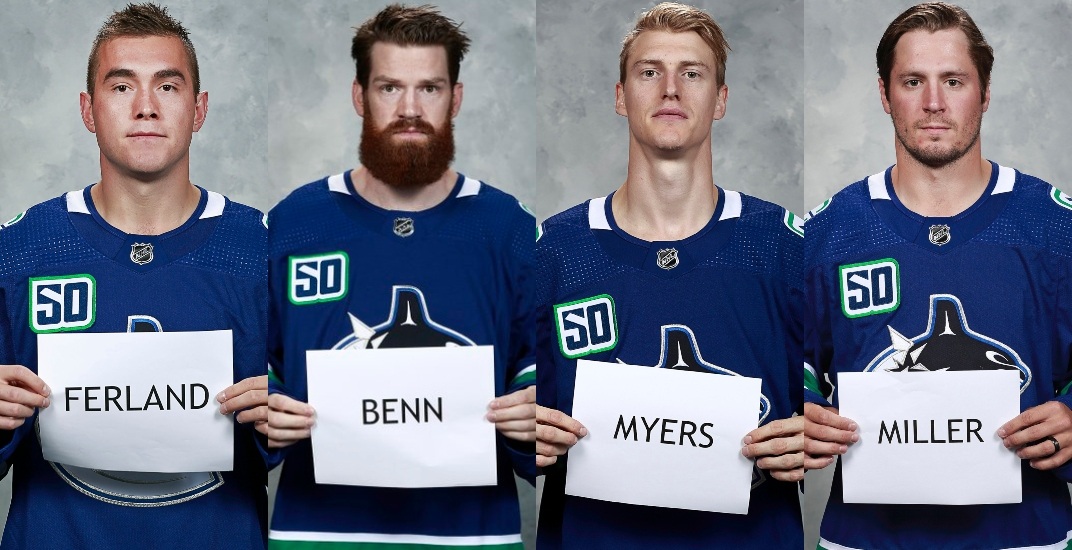 When the Vancouver Canucks opened training camp with media interviews on Thursday, it was the players’ first chance to talk about their offseason training regiments, their goals for the season and their first impressions of their new teammates.

But when Chris Tanev was asked the latter question, he unknowingly admitted the team has one smaller issue to work out; the new guys really need new nicknames.

The nickname game in the NHL has gone way downhill since the days of “Steamer” Stan Smyl, “The Russian Rocket” Pavel Bure and “Captain Kirk” McLean.

So let’s take matters into our own hands and come up with a few new nickname options for each of the Canucks’ four biggest offseason acquisitions. 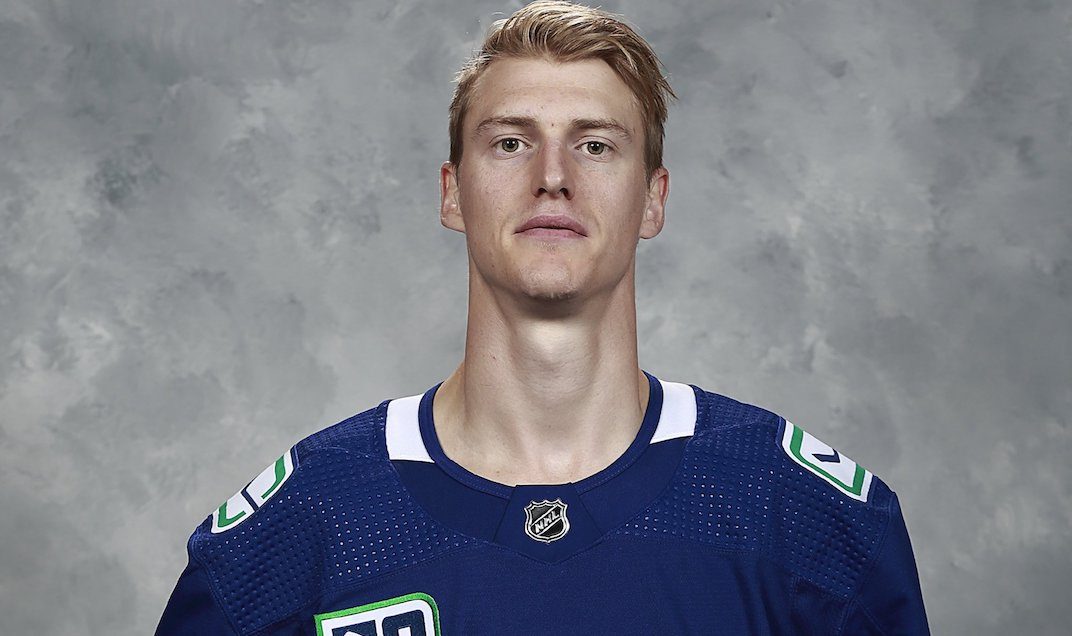 Let’s start with the one that got the most flack online. If there was a hall of fame for bad nicknames, Tyler Myers and “Mysie” would be a unanimous first ballot entry. There are so many better options available for a man of his stature.

The key attribute to selecting a good nickname for Myers comes from his 6-foot-8 frame. When you’re already the biggest animal in the hockey jungle you don’t need to flex your muscles to scare people. Just ask Zdeno Chara.

Which is why I’ve gone with the name “T-Rex”, or Tyler-saurus Rex in its full Latin form. Like the dinosaur, Myers is a hulking presence whenever he’s on the ice and plays with an attack-first attitude, but won’t throw down for a fight unless he feels like it’s absolutely necessary.

And from a marketing standpoint, there’s potential for some great Jurassic Park spoof merchandise. 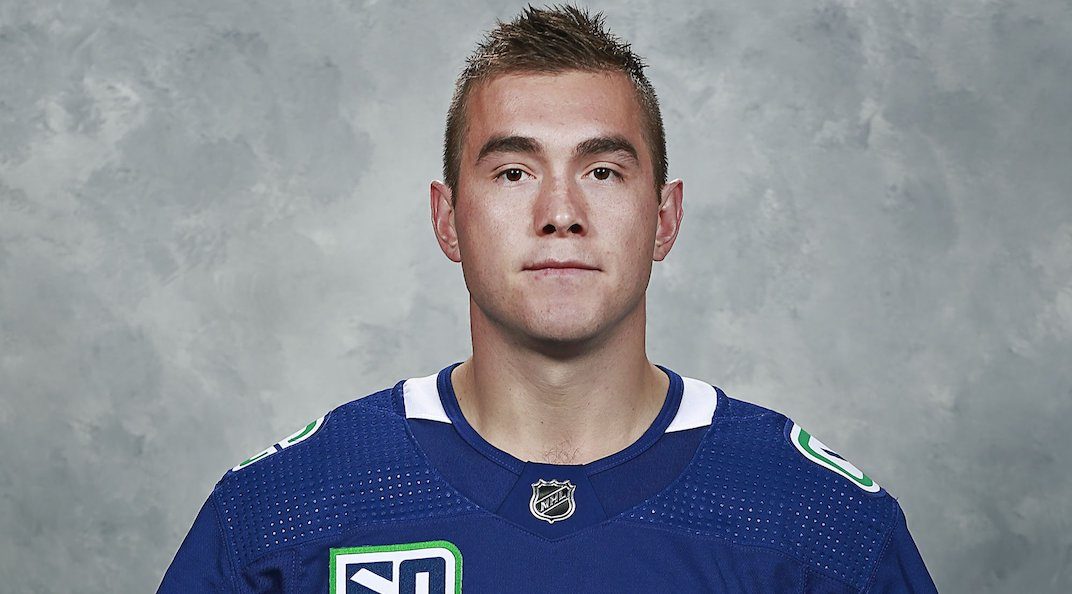 This nickname was definitely the easiest to come up with. Watch Michael Ferland on the ice and you will get Tasmanian Devil flashbacks from the old Looney Toons cartoons. One second, everything seems normal; then one shift and a whirling tornado later, the puck’s in the net and an opponent is nursing a black eye.

Of course, thanks to some past encounters, Ferland has his work cut out for him when it comes to winning over the Canucks fan base. But an endearing nickname like Taz (along with a few well timed finishes on Pettersson passes) will help make him a fan favourite in no time. 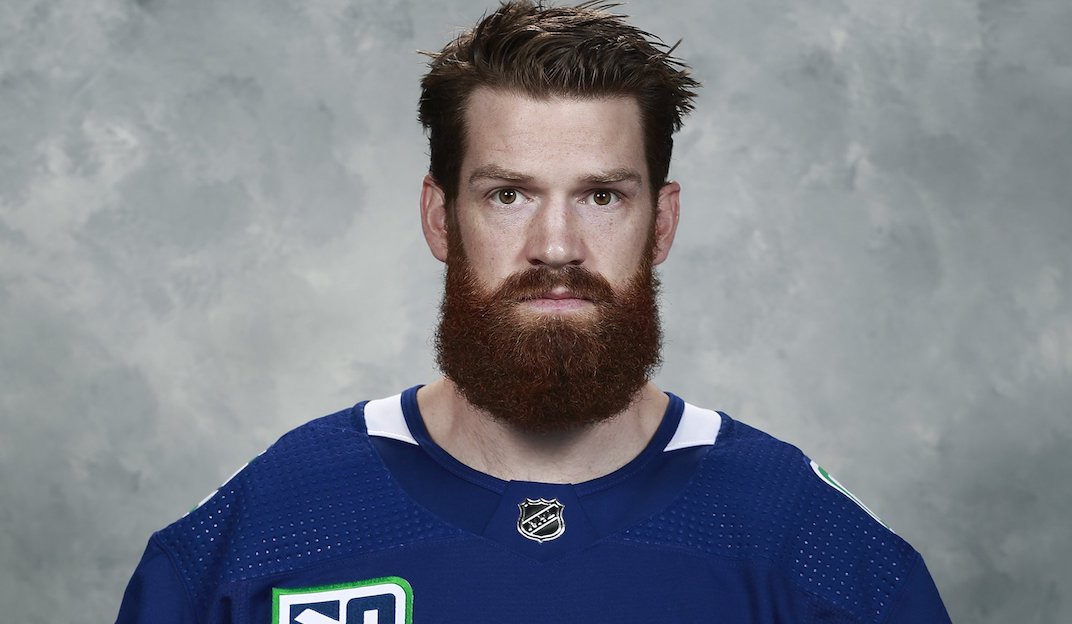 Take one look at defensemen Jordie Benn and a clear nickname immediately pops into your head: the Beard.

There’s nothing that sets the eldest Benn brother apart from his Canucks teammates quite like his large, lumberjack-esque facial hair. The Victoria native’s knack for hard hits and ability to stymy opponents in his own end not only makes him a solid upgrade on Vancouver’s blue line, but a true menace for any attacking scorers.

Naturally if Benn decides he’s had enough of looking like Yukon Cornelius and buys a razor, the nickname hunt will start over again. But until then, Canucks fans can find a new purpose for a well known sports tagline: “Fear the Beard.” 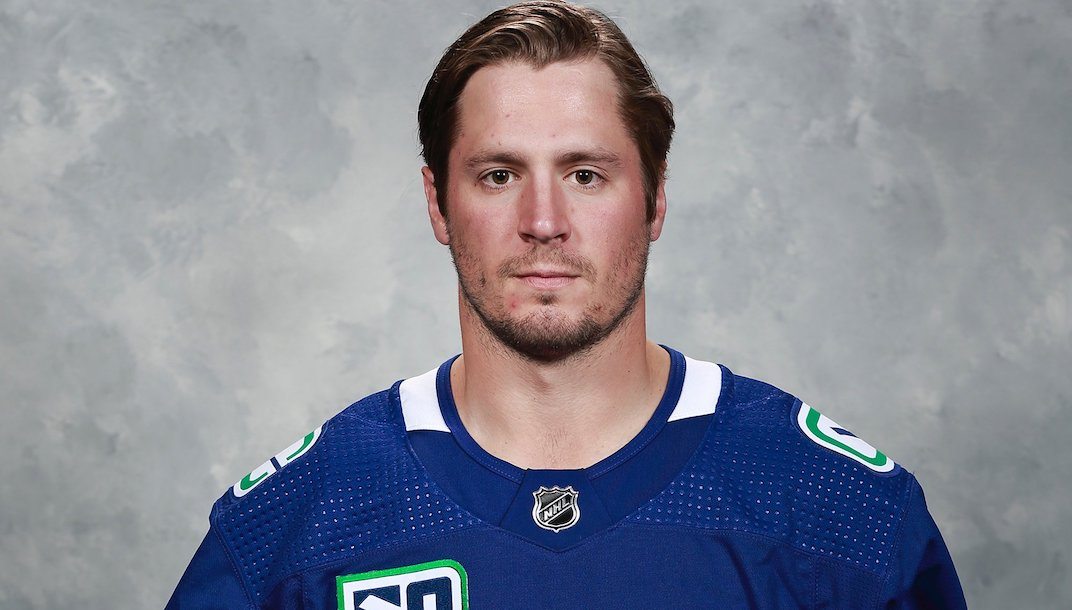 While a lot of people will point to “Mysie” as the biggest offender of the day, I maintain that J.T. Miller and “Millsy” deserves that title more since the Canucks already used it as recently as three seasons ago on Ryan Miller. Come on, guys.

What makes Miller a special player is his adaptability. He’s played every forward position and can fill any number of roles a team might need. Miller can throw a big hit and make a crisp set-up pass moments later. But since “Jack of all Trades” doesn’t exactly roll off the tongue, let’s go with “Maestro.”

Miller can put a play together as smoothly as a symphony conductor guiding the wind and strings sections, and can bring the thunder like one waving the baton at the drums. At 26 years old and experience playing for some top notch teams in New York and Tampa Bay, he’ll be called upon to lead like a conductor too.