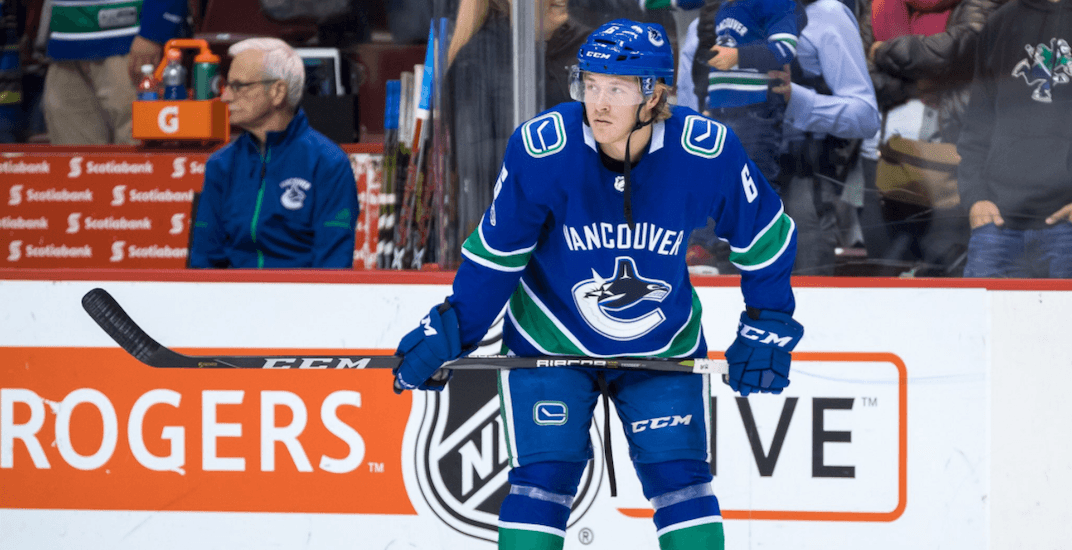 Players reported to Rogers Arena for fitness testing and media obligations on Thursday, as Canucks training camp officially kicked off the 2019-20 season.

That means Brock Boeser is officially a training camp holdout.

Fans were remarkably calm about his situation this summer — which is not unlike a number of other restricted free agents around the league. But that changed this week, as reports trickled in that the two sides aren’t close to a deal.

BB6 watch. Not any closer on a deal. This one may take some time. #Canucks

The 22-year-old is the only player on the Canucks still without a contract. While his teammates prepare to head to Victoria for the start of on-ice sessions on Friday, Boeser is working out with his old college team in Grand Forks, North Dakota.

Boeser doesn’t have arbitration rights and he cannot be signed to an offer sheet, so the Canucks theoretically have leverage.

But in reality, the pressure is on Benning, who bolstered his lineup this offseason. Moves like signing Tyler Myers to a five-year, $30 million contract and giving up a first-round pick for J.T. Miller signalled that the Canucks are ready to compete.

While the Canucks may not have to make the playoffs this season for Benning to keep his job, they can’t have another year where they fall flat on their face.

“Nobody wants Brock here more than I do,” said Benning, speaking to reporters at Thursday’s media day press conference. “We’re going to continue to talk to his agent and I’ll talk to him today.”

Most oddsmakers have the Canucks narrowly missing the playoffs this season, meaning that if they exceed expectations, the team could play their first postseason game in five years. Without Boeser, even for a short period of time, that becomes a whole heck of a lot more difficult.

While the biggest pressure point isn’t until opening night on October 2, missing preseason could have a negative effect throughout the Canucks’ lineup, as head coach Travis Green tries to build chemistry with new additions to the team.

Benning will open himself up to criticism if Boeser starts the regular season watching from home. Unlike Mitch Marner in Toronto, reports to this point indicate that Boeser’s contract demands are not outrageous. Given the generous deals delivered to depth pieces like Loui Eriksson, Brandon Sutter, and Jay Beagle, playing hardball with such an important piece of the Canucks’ future would seem inconsistent.

Then there’s the issue of the Canucks’ salary cap crunch, which many people have theorized is playing a role in the holdout.

The #Canucks cap issues are causing problems, the Boeser camp knows they can not get long term deal, they are willing to do a short term deal (even 1-2 years) but the gap remains even on that. Things can change quick but it does not look good right now.

Including Roberto Luongo’s cap recapture penalty ($3.03 million) and Ryan Spooner’s buyout ($1.03 million), the Canucks project to have about $7 million in cap space, assuming Loui Eriksson and Tim Schaller are sent to the minors – saving the team $2.15 million off their cap ($1.075 million is the maximum you are allowed to save off the cap by burying an NHL contract in the minors).

Antoine Roussel and his $3 million salary will begin the season on injured reserve, which will save the team money for the first one to two months he’s expected to be out of the lineup.

Here’s a look at the team’s current cap situation, courtesy of CapFriendly.com. 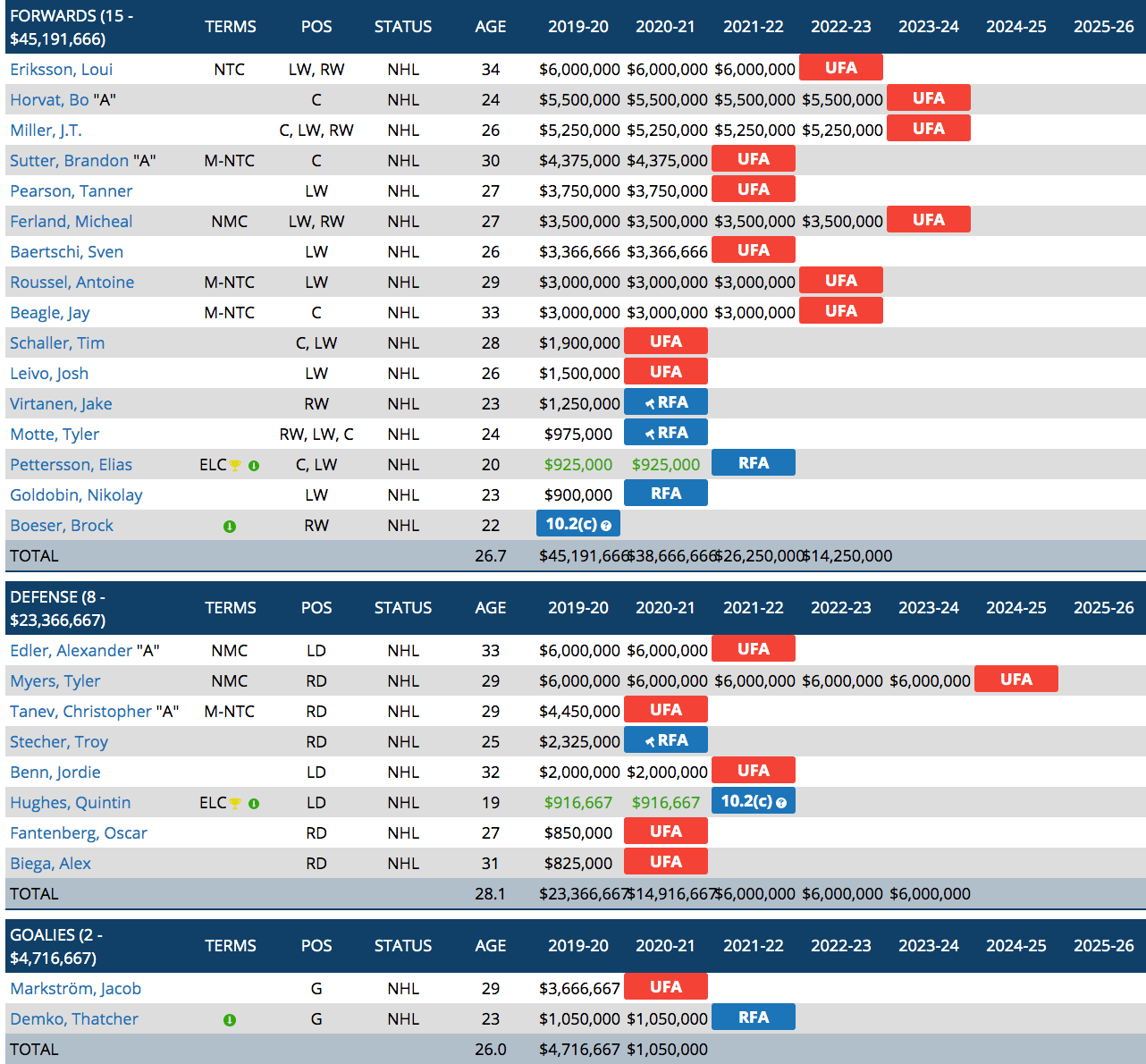 If we assume there’s about $7 million available for Boeser, it shouldn’t be a problem getting him to agree to a short-term deal. The problem is the number that he could command on a long-term deal is higher — perhaps more than the team has available under the cap.

Boeser is eligible to be an unrestricted free agent in five years, meaning that year six, seven, and eight of a potential deal will be more expensive because of his bargaining power. If the Canucks have designs on locking him into a max contract length, they might have to move money out the door first, or settle for a three- or four-year deal instead.

Until then, we sit and wait for both sides to come to an agreement, with the preseason puck drop just four days away.