As promised, we preview just one game today. As I said in Monday’s “Week Ahead Preview,” I needed to see the result of Tuesday’s match against the Wild to know how motivated the Canucks would be to beat them in the rematch on Friday.

Too bad nothing interesting happened in that first game…

Safe to say no one wishes the above statement were true more than Rick Rypien. Actually, I’m pretty sure the entire team would like to have “The Mess in Minnesota” (coined by Dave Tomlinson) deleted from their history – from Roberto Luongo all the way to Ryan Kesler. 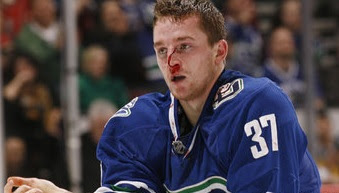 Sure, the team played better against the Blackhawks on Wednesday, especially their bipolar goaltender, Luongo, but with only 2 wins in 7 games so far and a lack of any consistency from anyone who doesn’t have a twin, there are some serious concerns for Canucks fans.

The biggest one is Ryan Kesler. Now, I’ve hardly been a fan of the some of the linemates he’s been provided with – how afterthought Peter Schaefer earned a spot on the second line is beyond me. Imagine looking up to see your options for a pass and realizing you have a black hole skating beside you. 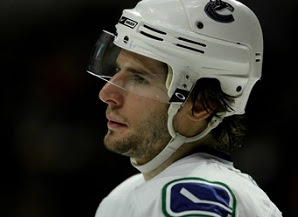 Nevertheless, Kesler is supposed to be captaincy material. He should have the ability to carry a line, and to make those around him better. What’s really been missing is his edge. With Burrows gone, Kesler must realize that he needs to provide the spark that both of them usually do – and they need something more like a bonfire than a spark right now.

He needs to remember his ability to jump out at top speed when the rest of the team is in a lull, to wake up his teammates and make the opposition fear his presence on the ice. Either that or talk about their moms. Seriously, he’s not even trash-talking anymore.

Minnesota – Friday October 22, 2010
The Canucks have a few things working for them heading into this game.
First, it’s a home game. Starting the season 0-3-1 on the road, and having a sub-.500 record away from Rogers Arena/GM Place last year, the guys clearly miss their pregame Numero Uno pizza and Fritz poutine.

Second, Minnesota will be on the second half of a back-to-back, having played in Edmonton on Thursday night. Small positives, that’s all the Canucks are looking for right now.

Third, the Grudge Meter:
Vancouver’s grudge against Minnesota on Friday: 7/10
Eg: Remember when you used to have snowball fights back in grade school? Imagine some punk came up from behind and facewashed you. Then, before you had a chance to fight back, the teacher stepped in and separated you. You’d be fuming. Now, as the teacher escorted you back to class, what if the class poindexter (picture Milhouse) was pointing at you, clapping and laughing.

Ok, so this is more of a real life explanation of why Rypien jumped at the Minnesota fan, but after being completely embarrassed in a 6-2 loss on Tuesday, the Canucks should feel a similar urge to lash out at the Wild. 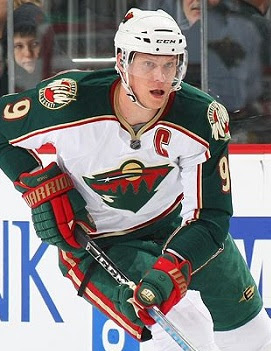 When Mikko Koivu signed his enormous $47.25M contract extension this past summer, earning him almost $7M/year for 7 years, the #Canucks twitter feed was littered with tweets saying that they’d take Kes over Koivu any day, and Minnesota is crazy for paying that much.

I disagreed then, and continue to now.

Koivu is, quite simply, a more gifted player. Same intensity, better hands and vision – the Wild’s captain is one scary dude to try to shut down.